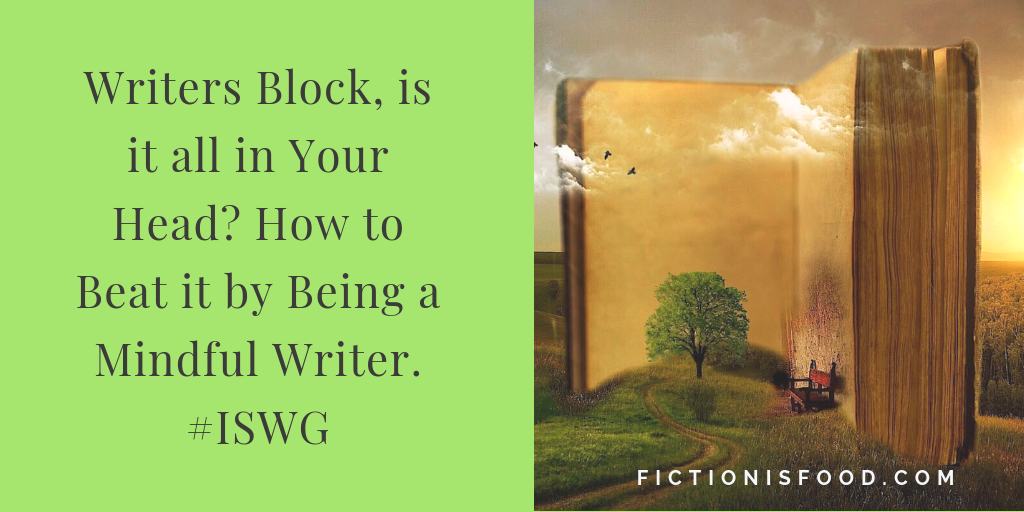 “Writer’s block is an emotional or logical incoherence in a future work slowly working its way through our unconscious.” Alain de Botton

Writer’s block has been around as long as there have been writers writing. It can be a very subjective concept though meaning different things to different people. Nowadays it’s probably become a catchall for anything that keeps a blank page wordless.

It has a short definition empowering the catchall.

Writer’s Block: “The condition of being unable to think of what to write or how to proceed with writing.”

Many writers will recognise this at some point and give it a literal diagnosis based on the definition. That said, many authors also suggest it’s a mythical concept having no bearing on anything.

“There’s no such thing as writer’s block. That was invented by people in California who couldn’t write.” Terry Pratchett

“I learned to produce whether I wanted to or not. It would be easy to say oh, I have writer’s block, oh, I have to wait for my muse. I don’t. Chain that muse to your desk and get the job done.” Barbara Kingsolver

Here I’m merely musing on the possibilities that might skip the obvious conclusion that a block is real as opposed to a more internal thinking process that has concluded it is.

It is entirely possible certain life events create stress that alters neurological processes in the brain. Shifting them to areas that are more concerned with dealing with the stress point(s) and reducing the creativity processing required to be more artistic.

Stress points can arise from virtually anything. Family, finances, children, illness, work, bereavement, mental health and so on. Some just require time to overcome. These are what I’d term more physical and temporary issues that could not actually be anything to do with a creative block as such.

Things like illness or bereavement can impact mental health if the former is long-term and the latter goes on too long without turning to counselling. These need addressing, not ignoring.

A loose title, but includes things directly concerning writing or, as the case may be, not writing.

Many people can think themselves into a problem that, in reality, only exists in their own minds. People with mental health issues may be more familiar with this concept. Over thinking, procrastinating, expecting negative outcomes, low self-esteem and confidence. Often this requires a professional to point out and therapy to recreate a more level thinking mechanism.

I’m in no way suggesting writer’s block is a mental health condition because in the majority of cases it’s far from it. However, we can use a therapy mechanism to explore why the creativity might have resigned.

New or unpublished authors might be more prone to this type of thinking.

A break in creativity might be nothing more than that. I can direct you here to an earlier post I did concerning a good friend and blogger that started a manuscript and  finally completed her first draft some eighteen years later. Life events, children and school teaching all contributed to the interruption and yet she never lost sight of the ultimate goal. If you need some real encouragement on time slip then I strongly suggest you consider reading her interview for some real motivation.

If you find page staring a big problem though try to step back. Don’t assume that writer’s block has struck. Writing can be easy and it can be incredibly hard. Part of that is down to habit. Last time I spoke about writing regularly. Best sellers are that because they write frequently, read widely and fit writing into each day. They do not find reasons not to write or invent excuses to avoid it. They sit, they write and most will want to turn over at least 1000 words a day.

That sounds easy if you say it fast. For most of us just starting, that kind of writing habit is hard to establish. Again I’ve spoken about this area before.

A writer is half way through a novel and grinds to a halt. After two days this author is no further ahead and getting agitated. A week later and they are sunk in the knowledge that writer’s block has struck.

What should they do?

Back to our writer.

In order to ascertain why creativity has bled out, they must start being mindful.

To enhance the scenario, our budding author is not published yet and has no idea if their creation is any good. Thoughts dip between yes and no. They over think and have no real idea of how good or bad it is because nobody else has read it.

This leaves a mind without any evidence thread beyond their own ruminations. Immediately there lies a connection with therapy for cognitive behaviour issues. Self evidencing is not a good way to assess how you feel. That requires input from other sources to question your thoughts and then decide on the outcome. Not too disparate to debating sensibly. If an argument is better than yours maybe that’s because your own opinion is not solid enough to counter. This leaves scope to accept your opinion should be changeable if newer material proves better than the one currently held. It’s an evolution of thought and should never cease to absorb new ideas or discard old ones.

A first step then is to find an alpha reader. These can be trusted friends and writing buddies. Friends are often too polite to be critical. Always keep that in mind. Writing buddies, on the other hand, also write and appreciate critical feedback to improve their work. Where do you find them? If you’re reading this the chances are you blog too. Reach out and someone might well offer. I’ve also seen people asking on Twitter’s #writingcommunity.

Our author isn’t ready for that though.

What else to try before concluding its writer’s block?

Being mindful they search for current life issues. These can be anything that drifts from normality. An ill child, pet or relative. A parent diagnosed with a terminal condition. A job in jeopardy, a sudden fiscal change that’s gnawing at the conscience. I’ve already said this list can be extensive. The point being, the brain reacts to stress to overcome adversity. That can wipe out creativity and turn it over to problem solving on the issue causing the stress.

Being mindful our writer explores this and concludes stress is no more or less than normal. Writer’s Block then?

Not necessarily. The Gunslinger sat in a drawer before King drew it out again to produce The Dark Tower. The Stand stalled because he needed an epiphany to find an ending. What did King do then? He wrote other books. Sure he probably mused and pondered the pages not filling, but he moved on. Kept writing and then went back later.

If a novel sticks then first we must find out if it’s just that work or all work.

Our author turns to short stories, flash fiction and writing prompts to find out. Anything that isn’t the novel that simply glares back laughing the esteem into bits. Or  does it? Any writing at this point is proving the stumbling block is the novel and not some greater fiasco. Once we realise that pressure eases, the mind can relax and sooner or later the words will flow again.

The important thing is not to down tools and wait for the creativity to crawl out. For procrastinating minds this is probably the worst thing to do. Not only will it churn over the issue of a block until it really is one, but put distance between the writing habit and doing it regularly. The further away the habit goes, the harder it becomes to get back. It’s the bane of people susceptible to low mood too. Bad habits are easy, good ones take a great deal of effort once lost.

Being mindful of a situation as it starts is potentially the greatest way to prevent it germinating into a longer term problem.

Approaching writer’s block with the same mechanism of mindful thinking might actually prevent it spiralling out of control.

As for our hypothetical writer, that could actually be me. Laughing and cajoling as words failed to show and cohere. It’s late, but not left unfinished. The first stage of habit correction if you like, the next is time management.

All writers need to consider that. We are a diverse bunch with different life priorities. Many already have good habits and this post is not for them. At least until a block drops by. New writers and those feeling isolated might find it helpful to know they are not alone and can draw conclusions based on external sources of advice rather than internal ones that might not be correct.

Of course writer’s block means different things to each writer. But is the underlying cause something controllable?

I feel being aware of why a feeling exists is half way to resolving it. The rest takes determination and being mindful of why decisions are occurring rather than just being a pebble rolling down a slope gathering other stones into a cascade that becomes a free fall.

If you have had writer’s block then it would be nice to hear how you managed to resolve it. Feel free to tell us how you coped and what strategies worked for you.