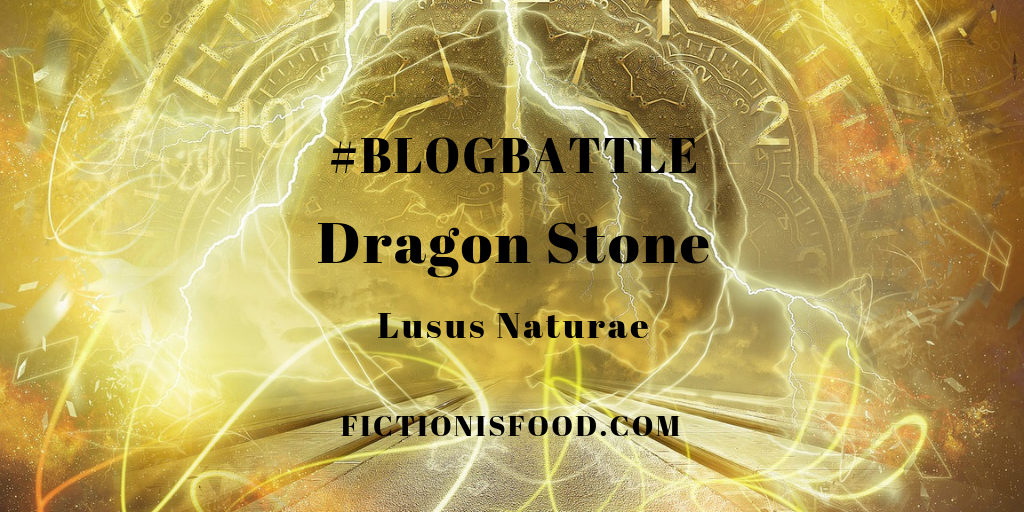 “If you unearth an elder portal be warned. Treat them carefully as we have no desire to lose more students.” Jeremiah Delalande, Lecture on Thaumaturgical Archaeology.

BlogBattle has begun. This months word is “Flower.” I often use word prompts to explore writing before deciding if there’s enough backbone to continue. This is no different!

Formerly the elf sorceress Yish and her dwarf companion Nahir fell foul of an elder portal disguised as the mouth of a cave. The elf fell into the world of The Black while Naz flew through time in their own world. This is the path of Yish in the realm of Dragon Stones.

Yish scanned the landscape in front of her. Littered with bleached bones. An old warscape, one where dragons were beaten back to where she now stood at the base of a steep cliff resting in shadow as the sun clipped it from behind. In her heart she knew is was no ordinary spat. A conflict of differences over some misguided understanding whose outcome was blood. This was a species genocide. The end of wyverns in this world.

She still felt nauseous. Being sucked from one world to another, according to texts she’d read back in the Keep, left the body dehydrated and affected the inner ear leaving balance disoriented. Water, for the time being wasn’t a problem. Always in her backpack there was a pannier refilled at every opportunity. Her eyes said ration this well.

Far away was a green belt defining the edge of a forest. It was several days away though, and all in front was scorched earth littered with bones.

Turning she marked the rock face. Aware of where she had materialised. It might be a way back if she could unlock it this side. Sighing she considered that a remote possibility. On the other side it was obvious, spanning the mouth of a cave. Safe until touched and then, well, here she was. Lost.

“Where were you tossed Naz?” Rhetorical as the dwarf had been sent elsewhere.

Her fist landed against the granite, not hard, more controlled frustration. She could be anywhere in time and space. Portals were dangerous at the best of times, but relics from times long forgotten were forbidden.

“Never enter a portal not of your creating. You have no control over where it might lead or, more importantly, how you might return afterwards.” Her mind conjured Delalande lecturing on occult runes and thaumaturgical archaeology. Turning and leaning back on the rock face her heart froze.

The words crawled in her mind. She felt her hackles rise and the stone behind pushing back as she tried to disappear into it. Wishing the portal to reopen.

In front The Black rested on its haunches. It’s scutes fluxing between realities. Scaled wings drawn close across its back and a maw lined with teeth the size of which Yish had never seen in a living skull. A split tongue flicked out, tasting the air. The eyes were something else. Black as coals with pure white irises that seemed to swirl like galaxies. They held her frightened gaze.

Her hand inched toward the sword sheathed off her left hip.

You wish to die Ynshael of the Elves?

Her head shook side to side as her hand dropped feebly away from the sword.

Sorcery would have been a better option, yet, it paused considering the options. Wrong time yes? Not quite what you will be.

Yish swallowed nothing and found her voice. “How can you be here? I should have heard not only flight, but to land so close. It’s not possible.”

The Black leaned closer, its neck straightening. Your lessons child. Have you forgotten Dragon Lore?

She was confused. Expecting to feel the stench of its breath flowing across her face. There was nothing and yet it did not reduce the feeling that fire could erupt at anytime.

“I have read some and you don’t conform to any of it.” Her voice was quiet. The frightened child confessing a grievous error.

Not asking why you still live? Why the portal drew you here into my world?

“If I’m not dead then it’s because you want something yes?”

No. You carry something and yet have no knowledge of what it is.

Unconsciously her right hand touched the fabric where a pendant rested beneath her tunic.

Show me. It’s eyes swirled hypnotically and Yish felt her hand draw out the chain. The Jade Stone girl, you wield the Jade Stone.

The Black blinked slowly and it’s eyes ceased swirling. Yish felt her body relax and she breathed deeply. No longer fighting a will imposed upon her own.

“A Dragon Stone? Are you saying this is a Dragon Stone?” She held the pendant up and watched as the stone glowed in recognition. “What does it do?”

The Black was rising now. A silent departure matching its arrival. It is the reason you are not dead Elf. If the stone glows then The Jade lives. Three there are now skewed across worlds.

You know one that does, not yet in your years of life. The dwarf now lies in the right time though.

She watched as it drew on air currents. For a large beast it was graceful. “How many stones are there?”

Interred with a blacksmith in another reality.

Follow my path and scale the mountain. The portal you seek is at the heart of my lair.

She watched it turn and blend into the rock walls shadow. She knew the path though. Clutching the Jade Stone she could feel it inside, a subconscious map that told her eyes where to look. High to the ridge bending east there was a ledge. On it sat The Black in another time when life caressed the foothills and dragon lilies circled what was once the sacred graveyard of wyverns.

Up there was the portal. What rested below it was terrifying. Layer upon layer of rock. Scale the mountain. How, when heights terrified her?