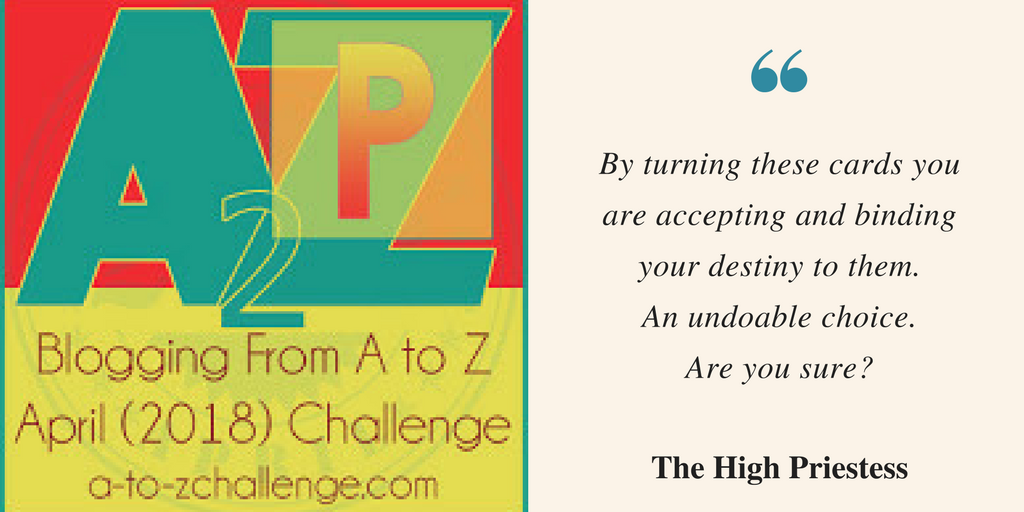 “In addition to Seers, Oracles and Augers there is a further family of diviners. These are the Readers. Some use cards, others auras or mentalism. Of these Shaman and Magicians score well?” Arch Mage Eldred Mortain, “The Principles of Divination.”

“That, Joseph, was cards being laid on the table,” said Derrick.

“Cut the crap Del and start talking sense or you can keep this town for all I care. I’ve lost one brother, I’m not standing around to see anyone else disappear or worse. Otherwise I’m selling up and moving.”

“Jo,” said Allan, “take care, I’m not best pleased with things either, but don’t say anything rash in front of everyone here.”

Joseph flipped his eyes at his brother. He saw sadness and pleading. Not things he expected to see. He looked from one to the other and saw similar expressions including surprise. Derrick sat impassive and most unlike anything he had ever seen on the barman’s face before. Tina just looked at him and smiled.

“Sorry Al, I’m just frustrated with this,” he threw his arms round the table pointing at cards.

“I know, but think on what our demon said.”

“Death,” Joseph replied looking at Emma’s card. Living or dead, one or the other; assassin or whatever The Black was. He looked back at his and sighed. If there was anything in it then his outburst was the challenge. Stay and it was going to be one hell of a sacrifice.

“I’m hopeful we can stack the odds in your favour regarding that my friend,” said Derrick.

“Then answer some direct questions Del.”

Derrick opened his hands, palms outwards and nodded. “You have the floor now.”

“First off, what was this card charade about?” Joseph spoke directly to Tina, who held his gaze. Not a stare, but a longing. He felt it and couldn’t turn away.

“A charade it was not Hanged Man,” she began. “The cards were drawn at random, face down, from the major arcana by the Magician and placed inside your envelopes in the order of the draw. The first two in this spread were ours.” She indicated herself and Derrick.

“The High Priestess,” said Derrick. “Cards one and two.”

Extract from “Letters of The Amanuensis – On Readers Mentalists and Shaman.”

“In some circles the belief in destiny is powerful. Of these the Readers of Cards empower the forces of nature to interpret those dealt. They are mystics delivering order through divination when all seems chaos. Use them wisely for once dealt, thy destiny is fixed.

Knowledge and power could sway the universe under a turn of a card. It is not advised that such as you tempt fate and twists its course. It is better to encounter a situation and remain sound of mind than approach it with foreboding.”

In front lay the Tarot, not as cards, but as an artists collection in one tome. Legion were the designs and each, according to footnotes, devised for a particular Reader. A deck bound to them drawing on inner powers that were yet to be deciphered. A black art and steering close to the forces outlawed within the Keep.

Those practicing reading were steeped in mysticism. Speaking to few, and learned in Rune lore. Magi tuned into the world and beyond natural conscious. Seeing the future and exploring its paths. Those like the Amanuensis under learning and trials were told to avoid them.

And yet, there was one in his parchments. He stared at the script.

You know of us then?

Indeed, your kind once walked these walls.

“I read futures not pasts long dead with courses run.”

I have not come for a reading.

“Then you don’t wish to learn what your cards say?”

I think not. My destiny is my own and not for you to reveal.

“Then why are you here?”

The Amanuensis stepped back.

Cut to the chase. He wasn’t sure. The book was open and his hand directed. Communing was what followed and that was unpredictable lately. Answers created more questions and he was learning little.

This Priestess was interlocked within the same place that kept coming forwards, Houghton Fengrave. This and the marsh, the house, War Monks and paranormal investigators. Ghosts and younglings, fires and swamps, and a word omnipresent. Black; Marsh, Dragon, Dragon Stone and Death.

I seek knowledge Priestess. What ties your hamlet to other worlds?

“Alas I dare not cast cards in that direction. It opens the door to a vile creature of hate and dark magic.”

“But you have communed with it. Few do that and survive. I know of only one other.”

“The caretaker of the dead.”

“Yes. His cards refuse to be read.”

“His reality shifts. It isn’t linear in time.”

Then my interpretation of the words here holds true.

Is he there now, in your time and place?

Do you know where he is?

“No, but there is one thing you should know.”

“The Death card was drawn.”

He frowned, something becoming more common of late. The more he dug, the less he uncovered. Here was another example. Death cards were always in Readers decks. Why should this one be anything noteworthy?

Ordinarily it would not trouble him. There was, however, an iciness in the words. This card meant something more. Another puzzle no nearer a solution.

Too much was missing between his last memories and echoes in time to when he came back. Where he came back from was another unknown. He walked, climbed and when day broke he was in the room next to this one. Looking out through a glazed window, that remained intact, over a landscape in winter. That was the moment his entire conscious came back.

How much time had actually passed was also unknown. Nothing so far alluded to what happened. Not with any certainty.

He returned to the former muse. An echo of a voice almost familiar. Patrick Wakeman, rider of waves. A poor choice given recent advice so perhaps another.

He returned to the parchments and began sifting once more…

Derrick stared into space. They were all looking at him as his face changed. It grew older and his eyes turned from brown to black under a furrowed brow. It lasted almost a minute before returning to normal. “No, we don’t know that name. The monk is aware and the assassin is looking.”

Tina smiled, “Only to the card holders.” She glanced at Joseph again, “Stay strong Hanged Man and all will become clear.”

“And Dead Man Walking means nothing either I suppose,” continued Allan.

“No,” said Derrick, “but the dead man does. That is who The Black guards in all worlds.”

Tina gasped. All eyes turned toward her to see a normally pale woman even paler. “The Fool is well-chosen, he sees a future. A possible future when the dead man is walking.”

“That would mean,” Derrick’s aura shifted and static filled the room, “the pentagram has failed.” They saw, for the first time, panic drift across his face.

“A possible future,” whispered Tina, “where did you see these words Fool?”

“The same place as Jacob,” replied Allan, “it was there until your shadow man released us, then everything except Jacob disappeared. Aside from the runes all the way upstairs and around the room the monk was in.”

Again Derrick’s complexion changed and the thing with his eyes happened again. It lasted several minutes this time before he emerged back into the present. “None can confirm these scripts,” he said. His voice was low and concern bled from his speech.

“They were there though,” said Allan, his eyes flaring.

“None have said you did not see them.” Tina’s voice was soft by comparison, soothing and conciliatory. Her face revealed transient concern before the mask of calm returned. It did nothing to acquiesce those watching on.

These extracts outside the Amanuensis are from my latest book manuscript Black Marsh. It features familiar characters in the paranormal brothers Carmichael. A sequel to The Bequest.

BLACK MARSH BOOK BLURB
Marsh Bank House is haunted, so say the locals. It consumes people or sends them to the lunatic asylum.
Alan and Joseph Carmichael run a paranormal investigation sideline. Two years ago they lost Conrad while helping Emma Strickland with her late father’s estate. He went into the house and never came back. He was not the first.
Behind the house lies a marsh that gave rise to the name. A Black Marsh with a long forgotten past. One that bleeds out every so often and consumes what it can, laying waste to the rest.
The brothers are done mourning, they want answers. They are not alone. The dead are walking and the film between past and present grows thin.

Journey with Templars, howling ruins and a pub with the world’s longest-serving landlord.