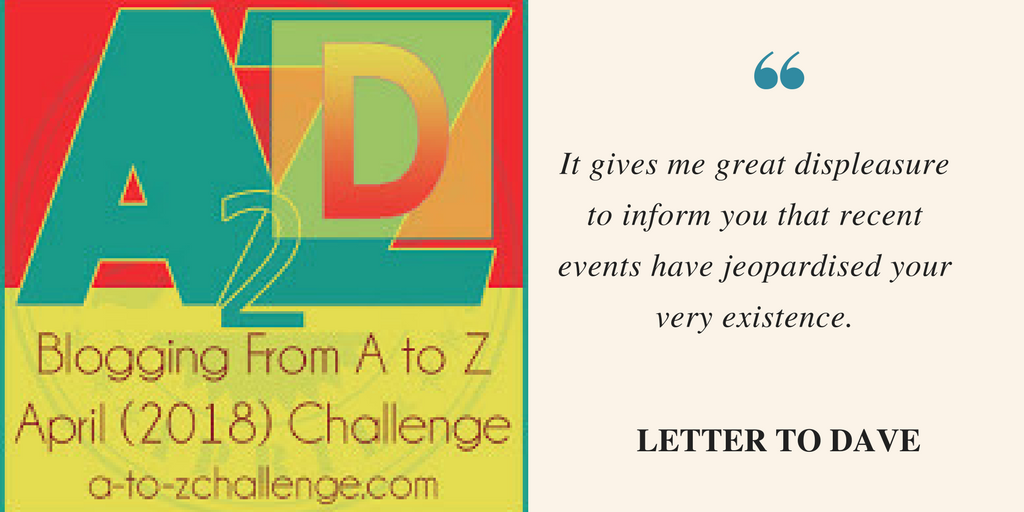 There is much to say about Dave. A man lost in paradox, watchman over tomorrow’s grave, guardian of a cemetery and crematorium and traveller between worlds…

The words were soft, firm and spoken with a deliberate pause between each one. Dave could feel the venom oozing from her lips, see it in her eyes. He so didn’t want to look into those for too long. How can so much loathing and emptiness fit inside such a tiny child? Why should it have to? It’s just not fair, whichever way you look at it. He looked back at his shoes, staying quiet, his lower lip quivering. Let her get it out.

“Cat got your tongue?” Her Mum used to say that when scolding the twins, trying to get them to admit something. “Or have you come to say sorry. Sorry Emily, I messed up and killed your sister.”

Extract from “Letters of The Amanuensis – The Paradox Man.”

The man who moves through time and knows it not. The Amanuensis rested his head upon a palm propped up from an arm whose elbow rested upon the desk. Material dropped as his sleeve fell under it’s own weight revealing tattoos and runes etched at each stage of his learning.

David Williams, a simple man and yet much turns around his soul.

He sighed as eyes gazed upon the words in front. There were many pages linked to this name, headings and titles as his journey moved through time. The gaps disturbed him though. Non-linear passages, births and deaths all out-of-order, a damaged mind and magic lost deep in his subconscious.

Thought wrinkled his brow. It appears there is more to learn here…

You were late Mr Williams, why?

“I have no idea what you mean.”

The day the girl died.

“Not my fault, I was delayed.”

A child dies as the man is delayed. No coincidence.

The Amanuensis drew a feather and dipped it into black ink. He circled a word and let the quill fall to the floor. The letters in front were bleeding.

Satisfied he rolled the rune sheet and tipped its edge into the flame of a candle. It burned with a flame that was not light.

Ash fell and scattered over his parchments. He knew they would not catch flames. A hand opened and the remnants scattered to the floor leaving everything as it was.

In your chronology, when are you?

Have you died before you were born?

“What the hell does that mean?”

The Amanuensis moved to a bookshelf. Fingers trolled across tomes of the past, present and future. He selected one and it opened to the page he wanted. A rose is yet to come, The Blue Lady is far away and his path is stalled.

Too early in his timeline, “I have erred.”

I will visit the living twin next and see if paths have crossed yet.

“Yes thank you…David,” the last word dragged out from lips under tension.

The gunslinger’s look could have frozen fire. His eyes seemed vacant, but held Rose’s when her head slowly rotated. Vitriol painted in the stare through a haze of fog as her mind heard the tapping of an ache that said “On my way bitch.”

Tunnel vision washed through her as cars and their park blinked out of existence. Even the noise of traffic and birdsong stilled awaiting the outcome. His eyes though, they looked bereft of life and filled with a vacuum. Un-blinking and vacant, very, very vacant. Rose knew that look, it was hers after all. Off in dead space with demons swimming around a bunker where the mind locked itself in a safe house.

“I remember you now David.” Simple enough statement, but his face drained of colour. She forced her hands to let go of the wheel and found they were trembling. “She was there, you were not. That’s why you sit on her grave isn’t it.” Lonely as an eyesore. Recurrent theme that.

“I was delayed…late. I didn’t mean…” The sentence drifted into nothing. Like he had no words and no excuses to throw. His eyes said everything. What did he say at the cemetery, “Do you believe in ghosts Rose?” He sure as hell does, they’re swimming all over him, she thought.

Dave started simple, a man in the wrong place at the wrong time. Accidents happen, sometimes there is no blame, they just are. Minds, however, can allay it, pass it on to someone else or turn inwards and destroy themselves in guilt. A matter of perspective.

Dave’s journey is complicated. The Amanuensis rolled in too early in his timeline. An accident? Maybe, but then again deflection is the antagonists weapon. The extracts here are from two different novels, and yet here, they could appear to be from the same one. Dave is a great man, a good friend and more than he first appears.