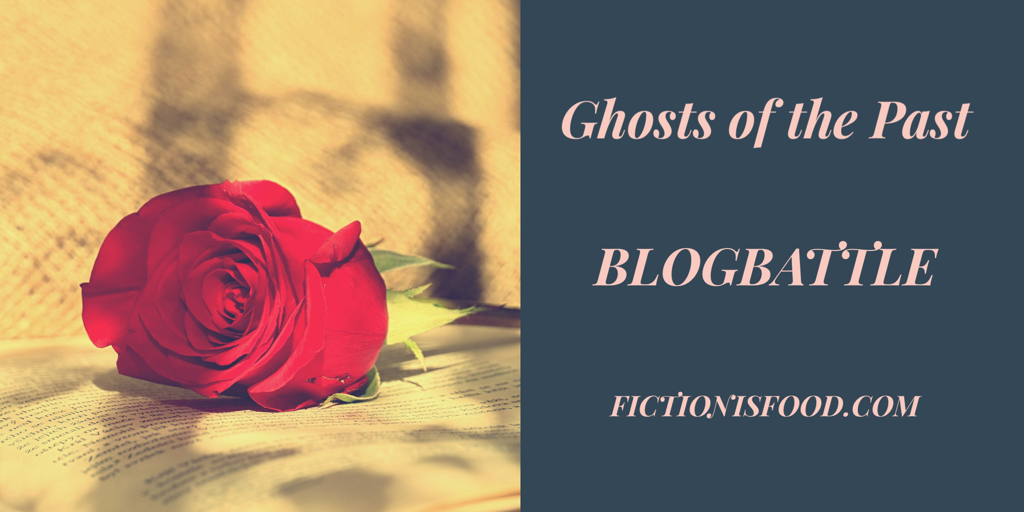 As I looked through time an event became clear. Focussed and entirely wrong. It destroyed a family, a man and created a paradox. Twins separated by the skin of two worlds touching.

BlogBattle has begun. This months word is “Stable.” I tend to use word prompts to explore writing before deciding if there’s enough backbone to continue. This time I’ve heard from a character resting quietly in a finished novel yet to be published. An unexpected outcome of the prompt word. It might be the opening gambit of a follow on. Then again it might not be stable enough for that…

Rose is an established character. She has one unpublished novel and appears in two others. When I saw this months prompt word I was immediately visited by her. Back in the first book her mind was certainly not stable. This might be the start of her next journey as it now ties into a far bigger story.

Rose had a big circle latched on her calendar. One year anniversary of an alternate universe inside a coma where reality was not quite so clear as it seemed now. Parts had drifted away, as things do in time. Back then her mind was split in two; an outside interface that dealt with the world and a secret inner one screaming for help. The latter had dominated her since the Josh catastrophe that left her divorced with two kids. It had taken three years to seek help and that had, paradoxically, caused a meltdown leaving her in  coma that was neatly tagged as a myxedemal induced by low TSH with a lucky outcome.

Whitaker, her shrink, knew better. Sure he’d taken some flak for blood results with a lower hormone level than normal, but it wasn’t low enough to cause an issue. Not in his opinion. His theory was more a mental one. Rose had simply shut down in a mind bomb whose fuse ignited under therapy.

That was then, this was now. Rose had come out intact. The broken mind healed. No split mind with a safe haven to jump into when life got hard. A year ago today she has stood in front of her kitchen window smiling. No regret, no fear of people looking down at her and no self esteem crying wolf. Signed off as emotionally stable after two decades of Josh bombs. Even the hate had disappeared. Then again he’d been sent down for assault and repeat offences when folk dared to say no.

A tremor passed through her there. No, a simple word he’d abused along with her. Gone now, let go of. It was liberating.

The niggle remaining was more to do with the childhood dream. The ageless girl who visited at night. Or had done until the coma where she had manifested inside it. Part girl, part dragon rider in an altered reality that seemed, at the time, as real as this one. Why on the anniversary of recovery was she thinking about Rebecca?

Deja vu. Rose stared at her phone. A text from the former paramour, David Williams. The paradox man, although that phrase came from another dream where another man was locked in a prison of ice. More than a man if she remembered true. A sage, magician or… no, it was gone now, but she did remember him talking to Dave. A distant interview through time and connected to the dream girl somehow.

Need to talk? He saw her most days at the Oak where she worked as a waitress. After the coma she had avoided any real conversation it was true. Then again he probably didn’t know she’d heard every word of his unidirectional conversation when she was locked inside her coma. Dumped twice, once by him and again by too good for me Tony who declared his love there before leaving for a time out. Very brave. More so when she never even knew he felt like that beforehand.

But Dave, there had been no texts since her recovery. Polite hello’s in the pub and banal banter, but no mention of the affair. Then again that was always more convenience than lasting. Not just for her, but equally for him. Bad places weren’t unique to her.

Why now though? That thought stuck and turned. A year and on the day Rebecca came to mind, Dave makes contact. Still, this was new Rose.

No kiss added. Be still my beating heart.

She found herself thinking about the accident. Way back, when her own kids were still at Houghton Primary School. A sad day and one that saw Whitaker’s case load explode. Concerned parents bringing in traumatised children as one of their own collided with a van. The only time the lollipop man failed to show up. Olly the Lolly the kids called him. She knew him as Dave. The man who never quite recovered. Blaming himself for an accident that wasn’t his fault and always countered by “But if only I’d been there.” It left him torn inside and shifted sideways to Houghton Cemetery as groundskeeper and grave man.

That was the day two twins became separated. One left to the paramedics  and the other she had carried back into the school staff room, already broken. Emily, that was her name and her sister, Chloe, the one that died. It was Roses opinion Dave had transferred to the cemetery as penitence. Watching over the small grave. Making good his failure to stop traffic. A pang of sadness washed over her. What happened to Emily she didn’t know. Just that her presence at school ceased, presumed moved somewhere else to stop triggers launching post traumatic stress.

Rose had moved on. Remembering yes, but no longer absorbed by it. Time healed or, in her case, a meltdown that fused a mind that had split. Back to Josh. She blocked that one real quick.

But Dave might not have moved on. How could he? Tending that grave each week. Maybe he just needed a friend?

Things have got complicated. Can you make the cafe here on Saturday? x

Another kiss and a public space. Not a romantic locale though. A coffee shop for grieving relatives annexed to the crematorium, nice. She was intrigued.

Pulling into the carpark stirred up memories. Last time they were involved. Rose knew the location of the grave he toiled over and glanced across. So much blood from such a small body. Odd what memories associate with. She shuddered, locked the car and entered the visitor centre. The cafe was on the right.

She paused looking through rectangular pieces of glass in the double doors. There he was, in the furthest corner facing inwards, presumably so he could see her enter. What she saw next sent shivers up her spine. The ghost of Chloe.

That’s what she would have looked like now, she thought. But what’s she doing with Dave?

I did say it was complicated x.

Rose refocused her gaze and saw him waving her in. Clearly he was sitting to keep watch on the door.

She pushed through and approached the table. Emily she had not seen for years, the possibility it was not her never crossed Rose’s mind.

“Hello Rose, it’s been a while since….” Dave trailed off.

“Since we met outside the pub.” Rose finished it for him. She turned to Emily almost ready for a relapse.

The girl was now a teenager, about the same age as…

The smile was genuine but haunting. Rose could only nod.

“I think you know my friend Rebecca yes?”

Rose just stared. Her mind reeling. Dave touched her hand. Stable she was no longer feeling.

The connections made here are to the paradox man Dave. Rose met him in a previous novel. Emily in another. The interview Rose dreamed of is new. The scribe she referred to, but can’t remember is The Amanuensis, a character created in an A to Z challenge and added to in various flash fiction prompts. He has communed with the characters connected to this side of the story while trying to find out why his world has collapsed and left him inside a sorcerers bubble in a prison of ice.

These can be found at the following links.

The Prison of Ice