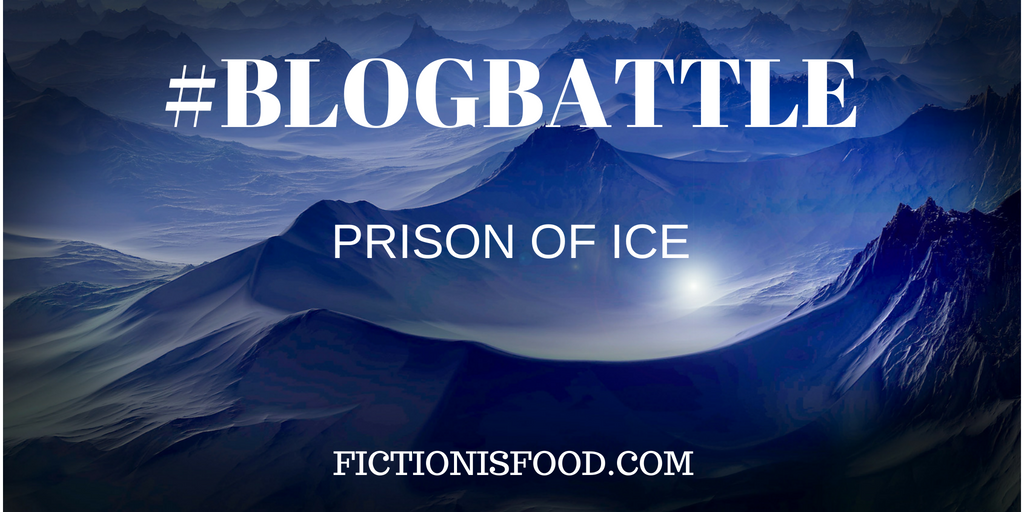 “Ever considered the first lycan? Borne of trust on a moonlit night in a time so long ago that the beast has turned to myth. How many stories, do you think, are drawn later into yarns spun when the sun goes down?”

A first attempt at the revitalised BlogBattle using “Moon” as the prompt. In truth, this is a redraft of part of some backstory to a potential WIP. I often use word prompts to explore things before deciding if there’s enough backbone to continue.

This first appeared way back in the A to Z. My reason for a redraft is exams. Both my kids have taken key ones this year and August is results month with… what goes next? One might be leaving home soon and the other entering the next tier at school. Stressful time all round, so writing an entirely new piece was something time hasn’t permitted. Well, it has, but the mind wasn’t sitting right… leaving home, university…

“Legends are ubiquitous. They represent ages past, lost civilisations, heavenly battles, religious culture and lie at the heart of morality.” Jeremiah Delalande, Lecture on Philosophy of Lore.

The Amanuensis sat in the chair before his desk of scrolls and parchments. His mind elsewhere in time.

Trust in your heart.

Candles continued to illuminate all in front of him. Unending light in his desk of everything and nothing.

She was with child and I never knew.

Back to time again. Was he speaking to those long dead? Had his child birthed, grown old and passed on? Was Yish still alive somewhere? He knew Elves had longevity in years, but if he was now in the distant future what was left outside? Anything? Or total ghost worlds full of sand and dust. Ashes and chaos.

The edges of his mind scraped at almost forgotten memories.

“Lores, myths, legends, or whatever races decide to call them, all have origins somewhere. Whispers in time alter these continuously. As a fisherman enlarges the one that got away, so too does each chronicler handing down a tale.

Before the written word, this was passed down in fireside stories while the moon crossed a darkened sky awaiting the return of dawn. Heroism and fables to entertain and teach. Early manuscripts bastardised to create further myths and Gods.”

“Beware teachings with no provenance.”

So went the inaugural lesson in “Prophets and Foresight.”

Delalande had a way of cutting to the chase, a profound scepticism of myths as they appeared to him and a firm belief most were based on hyperbolic fact.

Earth Lore fascinated him. Not least because Dökkálfar and Ljósálfar existed in other worlds, but so too did many of their own mythical legends.

The name swirled back and forth around the Amanuensis’ mind. He stared once more at the candles on his desk.

The topic fascinated him because many were real, taken from other places and turned into fantasy, myths or Gods because that world worked differently. The unexplained becoming figments of some story-teller or monk. Embellished each time before then time moves it ever into the psyche of culture.

Ziu or Tyr, the divine jurist and the binding of Fenrir, the fen hound, father of wolves and son of Loki destined to kill Odin in Ragnarök, but undone by the offspring of that God.

“The Gods feared the wolf cub grown too fast and large. Prophecy told he would consume them. In response they tried to bind the hound in fetters by deceit. Upon seeing the mighty chain that was to be used the beast grew wary. It claimed consent would be given if one of the Gods placed an arm into its maw. Of those present only Ziu, or Tyr, was brave. Once chained the wolf bit his arm off after realising he was deceived.

What does this old Earth myth mean?”

The Amanuensis remembered Delalande pacing back and forth in front of a lectern. Behind that was a tapestry depicting the Sorcerers Hill at Ang Nafud. From it fire spewed from Magi surrounded by orc hordes.

It represented the end of olde ways and the birth of The Keep.

At the time of this lecture, one he’d heard many times, he stood by Yish on a balcony overlooking the neophytes. A longing dipped into his mind. She was holding his hand.

Why had he forgotten this?

A young elf raised her hand. “That is the story of The Grey Wolf and the Sorcerer Tyrthian Ziumenore. It was about the taming of a beast that hunted children. Rather than destroy the Wolf Tythian used charms to bring it to him. The story says they talked for twenty days until the wolf agreed to be chained and brought through the Realm. This was to show that he now knew better and wasn’t inherently evil. By return the sorceror walked through the forests to wolf packs with his arm in the jaws of the Grey Wolf. Thereafter, elf and forest dwellers lived in harmony.”

Yish had squeezed his hand tighter. She knew this elf child and had instructed her recruitment. Foresight and visions had been gifted there. History of mythology was her strong point.

Delalande had paused his pacing and turned to face the elf.

“Very good. And what became of the sorcerer?”

“He live deep in the forest for half a century and thereafter was never heard of again.”

“Do you not suppose the wolf ate him?”

“Never, they were inseparable, or so the story goes,”

“And nothing curious about the name?”

The Amanuensis knew this patter well. Eleven years it had drawn the opener to a series of lectures on philosophy of lore. He had listened as the child spoke what rested in his mind.

“The first three letters from his names are the same as the old Earth myth about Fenrir.”

“Rather coincidental don’t you think?”

And so it went on. The crossing of worlds where strange deeds were taken as legend by those not understanding the elemental powers. Held in social memory and elaborated at each retelling. It was only later that each student would learn that crossing worlds was potentially destroying them.

The tale of The Necromancer was left until last.