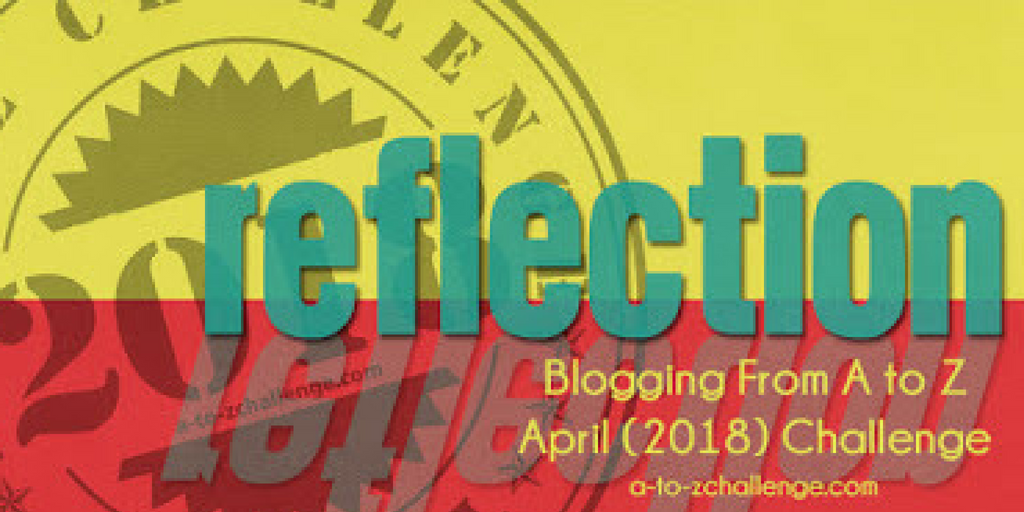 “When a challenge is completed then see it not as a task accomplished, but as an achievement through perseverance and endeavour.” The Amanuensis.

As many of you know, April flooded notifications from here because I was taking part in the A to Z Challenge. No great prizes to figure out what it is because it is exactly what it sounds like. A post every day, except Sundays, using each letter if the Alphabet in a themed take on anything you choose.

Sounds simple when you say it fast. NaNoWriMo leaves no such thoughts. 50,000 words in the month of November. That’s in your face tough as soon as you see it.

The A to Z is possibly more challenging. Here the letters dictate the flow. Especially near the end when minds get cloudy and X, Y and Z loom. Who wants to regurgitate Xylophone, Yeti and Zombie?

My theme was to visit my own written manuscripts, of which there are four. Along that was included several written chapters or part chapters under test in various projects and some new material written just for this challenge.

My aim was to draw in characters, creatures and places by way of introduction to readers through an intermediary going under the name of The Amanuensis. Around him are excerpts from my work.

What happened was a story in how I create characters and start forming worlds. The Amanuensis swiftly became a core new entity. His Library of Time soon became a Keep with a history. Sorcerers and Guilds formed, along with Elven history. My manuscripts became tied together even though they are each stand alone books.

The deeper into the challenge I went, the more intricate the sub-plot became. Starting with two excerpts separated by The Amanuensis interviewing characters became two previously written pieces separated by an entirely new one. Pantsing in action, or Steam of Conscious writing, so to speak.

The challenge has left me with a huge amount of material and characters to build into an entirely new series of novels.

I feared, during the process, readers might find it confusing. In part that was inevitable because the chosen excerpts were not intended to say too much or offer spoilers. They were there to show my writing style across books of differing genre. Even if the Amanuensis seems to have tied them all together.

It is highly likely that the development of the Keeps storyline created more confusion. The posts are hard to read without knowing what went previously. In other words, dipping in and out would make muddy water even worse.

On reflection, that is an example of my process. An idea being dabbled with. Tested, and explored. All my initial notes are advisory notes that switch through potential plots before settling on a course of action.

To me, the Amanuensis has avoided much of the random nature of initial ideas. A and B saw no idea turn into a much greater depth. His world is already formed in my head now. Perhaps it always has been and I just needed to have a chat.

Extract from “Letters of The Amanuensis – The Wordsmith.”

“At some point in life the question of who or what am I inevitably appears. Neither sorcery or longevity keep the inner voice asking. Most species create gods and religious orders to offer hope. Whether this is real or misguided is not known. Savagery and war resulting from them are. It is for each individual to consider this question without indoctrination. Never forget though that life is precious. Even if it takes a sour turn and despair looms. That is but one turn of the wheel. It is life. As are hope, love, happiness, sadness and tragedy. Embrace them all for they will surely embrace you.” Jeremiah Delalande. The Philosophy of Life.

“I anticipated this as part of the reflections.”

Am I merely a figment of your atrophying imaginations?

“What do you think?”

“Then you have your answer”

Then Wordsmith should be replaced by Chronicler.

“Agreed, I am nothing more than a biographer, a Scribe in your terms.”

“That has yet to unfold. I write as it happens.”

No powers of foresight at all.

Do you see all worlds, all permutations and courses of action?

“No. I see things as they unfold. I walked with the wizard, was with Wayland and a the Black, walked with Rose in her dreamscape, Dave as he sat at the graveside, Joseph as his brother fell.”

And me, Chronicler. What do you see while here.

An enigma. A prisoner not knowing who or what he is. You control your destiny not me.”

And my past? Have I lived that or have you merely contrived it for me?

“Again, I have not written these things yet. It is you Amanuensis that has not shown me your past yet.”

Then what lies in the Vault remains unknown?

“There are two that know.”

Let me use foresight. These two are unwritten yet also.

And Yish. What know you of her?

“That, I will not answer. I know Yish and you must wait until paths cross to discover the connection.”

In keeping with the Challenge, it was only right to let the Amanuensis have one final interview.

From childhood’s hour I have not been

As others were, I have not seen

As others saw, I could not bring

My passions from a common spring

From the same source I have not taken

My sorrow, I could not awaken

My heart to joy at the same tone

And all I lov’d. I lov’d alone

Then, in my childhood, in the dawn

Of a most stormy life was drawn

From ev’ry depth of good and ill

The mystery which binds me still

From the torrent, or the fountain

From the red cliff of the mountain

From the sun that ’round me roll’d

In its autumn tint of gold

From the lightning in the sky

As it pass’d me flying by

From the thunder, and the storm

And the cloud that took the form

(When the rest of Heaven was blue)

Of a demon in my view

It has been an absolute pleasure meeting new bloggers during this Challenge. Will I do it next year? Uncertain at this stage. I have a lot of writing outstanding and several works to publish. I suspect I will tackle NaNoWriMo in November though.

Until next we meet, keep writing.