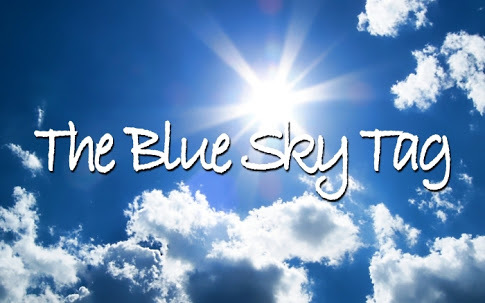 I received this way back last spring when skies were indeed turning from persistent grey and into something resembling warmer days and greenery bursting forth. With sun brewing and greenery returning it seemed a good time to dust this off.

First an accolade to E.E. Rawls for this nomination; even if it was on May 30th last year. Humble apologies for the delay; although not quite as vast a gap as some I have waiting to do! Still, better late than never as they say.

In terms of nominations I am quite liberal in applying number four. Some people I know are award free. This does not mean I will not nominate them because a shout out is a shout out. I nominate bloggers I admire; new and old. If you appear here there is NO obligation to respond. Simply take it on the chin, and accept I think your blog is cool and worth a visit.

And so to business.

What is your first reaction when someone knocks on your door?

Depends when it is. Expecting deliveries is fine. Halloween is no longer a dreaded curtain tweak as I’ve had kids and disassembled the grumpy git mode. Anything unexpected is generally unwanted or unsolicited. That goes for door to door sakes reps, anyone trying to convert me into strange religious practices and more recently “Can you take this parcel for a neighbour.” That might sound grouchy, but try delivering when the person you want is actually in. Ten parcels cluttering up my hall way is just not cricket. Seems everyone thinks I’m some sort of Amazon locker these days. Not that I’m getting at neighbours here, it’s just the flipping delivery folk make a bee line here of nobody’s home.

Whose name makes you smile as soon as you hear it? Care to share why?

Roland Deschain, all roads lead to the Dark Tower and since it’s my favourite series then it’s definitely smile worthy. It also associates back to Spaghetti Westerns and halcyon days gone by. Not in film necessarily, but the era I first encountered them. Likewise the names of lost angling friends as the memories are so vivid.

What exotic animal is your favourite?

Difficult one, but I will go for the ghost of the mountains, the snow leopard. Now listed as endangered by IUCN, the International Union for Conservation of Nature. It is suspected their population has declined by around 20% over the last sixteen years to around 4,080 to 6,590 individuals in the wild.

If you had to go on a trip to the moon, what book series would you take with you? (It can only be one!)

Easy question. The Dark Tower by Stephen King. Long days and pleasant nights, ye ken it? If I was being over zealous I’d include all the cross-linked books too. Could be a post on that?

Bah, some choice. I shall bend fairy tales into mythology and epic fantasy. That’s my reading choice. Although I can’t really deny action heroes if we are talking Marvel. Infinity Wars was cool… well, until Groot got erased (spoiler).

Tricky. Best is not usually something I deal in. I like so many books. In April I encountered The Witcher books by Andrzej Sapkowski. The inspiration and basis of the video game of the same name. The last question bent fairy tales into epic fantasy. This book series is right in there.

Are you more like a Hobbit, Elf, Dwarf, Goblin, Ent, or Orc?

Elf given the options. Døkkálfar or Ljósálfar. Possibly even Legolas at a pinch. I think a Sorcerer option would have suited me better. How about an elf Sorcerer? Maybe a dark one. Just because my antagonist is of that ilk and clearly really a protagonist in his world.

Since warm weather is coming, what is your favourite summer activity?

Tricky. Carp fishing is up there simply because it’s near water. Chilling away from technology, no Wi-fi, middle of nowhere. Nights are something else to behold lakeside.

Autumn breaking into winter. Early morning angling for grayling with one of my finest fishing buddies. Cobwebs coated in frosted dew, reeds in winter guise and a small Abu trout rod poking through them into a bend in the River Tean. Water pooled round the far bend and eddied back onto the near bank where it was slightly deeper. Times stretches in those moments as nature settles. A kingfisher alighted onto my rod tip unaware it was not a branch and behind it was a young angler staring in awe… There’s an entire memoir on this day waiting to escape.

I’d like to think good on the whole. School football team and Sunday league. Martial arts four nights a week, angling and clay pigeon shooting around the football. School work was not my real bag, but not something I found difficult. I guess that makes it sporty, and a team player with a healthy dose of nature. By kid I’m talking fourteen upward. Prior to that I don’t dabble lightly.

If you could invent anything, what would it be?

A teleportation device. Make cars and fuel redundant and add a quirk allowing me to visit my fiction worlds for a closer look.

Thank you for reading.

Nominees, there is no obligation to do this. Just accept a free shout out.

To anyone else, if you want to join in then feel free to do so.

As for questions, I will ask you to answer the same ones that I did above.