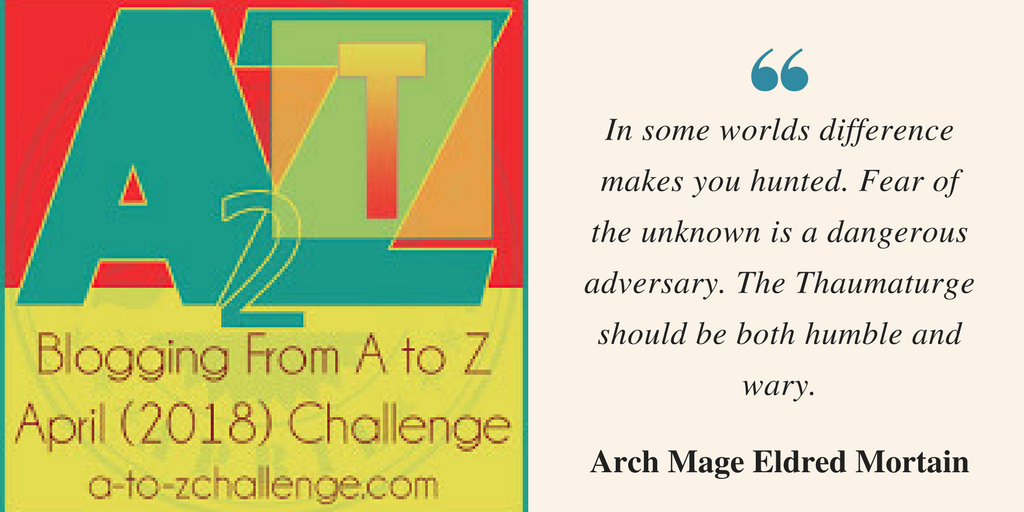 “It is no laughing matter that a competent sorcerer holds life and death at their fingertips. It is a grave burden that should never be abused selfishly.” Arch Mage Eldred Mortain.

There was a metallic clang that signalled the end game had played out and the cards were used up. The rocking ceased and the hooded Assassin’s cloaked billowed out as a hand of bone sheathed the sword leant to Elisabeth. Nobody but the shade had seen it drift into existence as he waited patiently for its return. A ghost blade forged to compromise ethereal beings. Jake, the child and now Joseph. There had been more, many more over the creatures vigil.

“It is done Magician. The child is dead.”

Derrick raised himself tall. Grief was for later, “And the others?”

It turned and within the hood red eyes fixed on him. “Two are lost, the Empress is compromised, the others,” the Shade returned its gaze to the fire, “will live.”

“What the hell does compromised mean?” Allan’s spirit lifted. He assumed Emma wasn’t amongst the lost, but Rowena didn’t deserve anymore hurt.

“They’re almost here Allan,” Derrick brushed his lapels. A reflex action, trying to keep himself together. It was not his place to cave into sadness while his charge was here. He gave Allan the eye, suggesting he go meet them by the entry porch then changed his mind. Joseph still rested on one of the sofas. It would not be good bringing the party back past the corpse of a friend.

“Your brother needs attending to. The others don’t know yet.”

Allan sighed deeply, “I’ll cover him for now. They may see him, but that will tell them he has passed away.”

He began to move toward the smitten door.

“Fool,” the Assassins voice crawled toward him. “Your brother fought well. If it were not for him then the child would be free and all your comrades dead.”

Allan turned, irritation growing. “My brother has a name,” he felt his hackles rise. “And he’s been in that room since that damn guardian of yours blew him out.”

The creatures right arm billowed out part of its robe. The angle suggested it’s hand rested on the scabbard housing the sword. “Wrong Fool, his earthly remains rest there. This sword deals with those no longer within those. The Hanged Man has been on it.”

Allan’s mouth opened and closed. He looked at Derrick for help and saw only a blank look.

“Speak on,” commanded The Magician.

Extract from “Letters of The Amanuensis – Order of Thaumaturge.”

“Once it was written that manipulation of the natural order was heresy. This was fear of the unknown and dealt by death or exile through unknown portals. Weakening the pool by dilution across worlds. Inquisitors raged until other Sorcerers stepped forward to calm their ways. That took time and many lives until the old ways were abandoned.

Other factions suffered similar fates. Assassins and War Monks, all purged. Chains of events rippling outwards as the darkness tried to gain footholds.

Difference to order deemed chaos. Knowledge outside hierarchy frowned upon. Beguiling populations with feints and Gods. Disinformation is the new reality.

These routes attract darkness. Those achieving power are the very ones opposed to knowledge. Our Institute must exist outside of these constraints. Here you will learn tolerance and morality. These things leave with you and it will be your role to move within the world to the betterment of society. Some will heal, others will educate, some will stalk the night hunting demons and others will uphold the law and Orders they represent.

Betray this Institute and there will be another Order that seeks you out.

If such is not to your liking then now is the time to reconsider.”

The words, once seen, stirred the older memories. An acolyte found by a hooded man dressed in black. Across his back, swords. He called my by name and turning I saw death and life. All things littered through time. A vision brought on by the conjurer warrior at the edge of a shadow cast by a barn before which I stood.

“You have been chosen,” he said.

“Great things. Things beyond your comprehension and things of wonder. You have the power youngling.”

I said nothing, just looked as he drew closer.

“You know it too. It needs tutorage and learning. The Readers have seen you. Your aura flirts with runes and others have noticed.”

“Do you fear monsters and eternal damnation boy?”

I merely nodded, wide-eyed and scared.

“Then take this card and come.”

He handed me an envelope sealed in wax with an imprint I did not understand. Foolishly I took it. Inside was The Tower and, in that moment, my fate was bound.

It is I, the once child that you gave a card to.

Only why? I have lost everything. All worlds are failing and this place is ruined.

“Your destiny Amanuensis. The Tower burning. Decay and disorder. All flee the flames.”

Is that what happened? I have no knowledge of the sacking.

“No, but consider why you survived. The Tower is more than destruction.”

The boy sat through that lecture. A fraud and alone. One of many newcomers from all walks of life. Bound by the Institute and the cards they drew.

No, not drew. This was done elsewhere by Readers. Tellers of possible futures binding those accepting the cards into immutable paths. Free will, the myth of ages.

He called me boy too. Another link cast into the cauldron. The very word used on the Blacksmith by The Black itself. A world burned by flames and genocide. Coincidence?

The Amanuensis drew his cloak tighter against the wind breathing across the battlements. When first he came here life filled every corner. Cherry blossom and early blooming shrubs heralded spring. Scent filled the air as insects drifted seeking pollen chased by songbirds. It was a vibrant place. Hard, but fair. Comply with the rules and learning was the reward. Fail and the gifts were obliterated and the child returned.

Lessons forged since the bad times of renegades and treachery. Only fools repeat past mistakes. Payback was forever it seemed.

Did another Keep exist somewhere that was the antithesis of this place? One that drew on dark magic and bred death for one purpose only. A chaos engine moving through worlds and seeding the end of times.

A wolf howl crossed the landscape. Distant, and answers by another. He wondered what other creatures patrolled the ice fields. Lying in wait to see if any dared flee the Keep. Imagination he was not shy of.

The Assassin filled his mind. Who or what was it? A member of the defunct Order. It still lived somewhere. As did The Elite in the wizards world and the Monk Warriors in another.

Always the Vault too. The one place he could not enter. That and the landscape beyond the walls. He returned to the library.

Is there a reason I can’t reach the Magi?

“You mean Mortain and Delalande yes?”

“They choose not to be heard.”

“Look around you a Boy, were you hunted in exile wish to be unguarded?”

No. Do they live?

“Somewhere it is possible. The Keep lies at the heart of many portals.”

They lie inside the Vault yes?

“Shrewd deduction, but that is not all that lives there.”

“Only a Thaumaturge can answer that question.”

I need to know.

“Patience Boy. If you think no-one is listening then the Arch Mage made a fatal mistake.”

Who speaks true and who lies? If the Assassin is right then my presence here is down to Eldred Mortain. In which case it is all a puzzle to unlock and there is a way into the Vault.

Two realities might then exist. The true sacking of this Keep and chaos has returned. Or, this is part of the Trials. I am here by design and this is all an illusion.

His eyes were drawn to the candles. Could there be a third option? The Necromancer was not lying? In which case all this is my doing and I am in league with the darkness.

“Go back while you still can Guardian.”

A title. Thought Dave’s watching mind. He was fully aware of the change, but not concerned. It had greeted him like an old friend re-finding a long-lost comrade. No time to dwell on this now.

The second command was greeted with further hisses. He noted spittle drooling off the fangs and onto the very feminine breasts that lay beneath the slashed silk. Inside his head, the former latent beast awoke and rattled his mind violently.

Want to die old Dave said the new voice, keep looking halfwit and they will be the last thing these eyes see.

Shocked by the ferocity Dave blinked and saw the creature had closed half the distance between them. The she thing was still moving.

Dave felt his arm being raised upwards and hand drawn back towards him; loosely curled as if holding a ball.

Emily watched in slow time from just behind. She was hypnotised by terror, unable to speak and breathing short gasps of dank air.

The Gatekeeper moved fasted, a hand raised with talons exposed ready to cut Dave from shoulder to waist and leave his guts spilling on the floor.

Dave’s mind filled with fire. He felt the raging conflagration churned up and boiling. Strangely he felt no heat. This was his fire. Why he knew that was uncertain. His arm moved forwards forcefully. At full extension his hand opened and the fire left him as a ball of liquid lava. It struck the she thing square on the chest flinging her backwards to crash against the oak door she had been guarding.

The fireball opened in flight expanding to cover the entire torso. By the time it was falling away from the door all that remained was ash dropping onto the floor.

“David, what the hell did you just do?”

He turned round, a look of confused surprise trying to conceal a rather smug grin rippling over his face. If his hand were a six-shooter this would be the time to blow the smoke from the barrel. Probably not as cool with fingers.

“I have absolutely no idea.”

Two extracts from different manuscripts. My theme is sequential and the choices are related to the development of the Scribe. Some extracts therefore carry the same characters in different situations.

I’m appreciative if things are strange to people dipping in. That is part deliberate and part down to previous challenge letters. This is creating back story for the world of The Keep and the Amanuensis.

For me the challenge has created a new concept. In which case it has worked far better than expected.