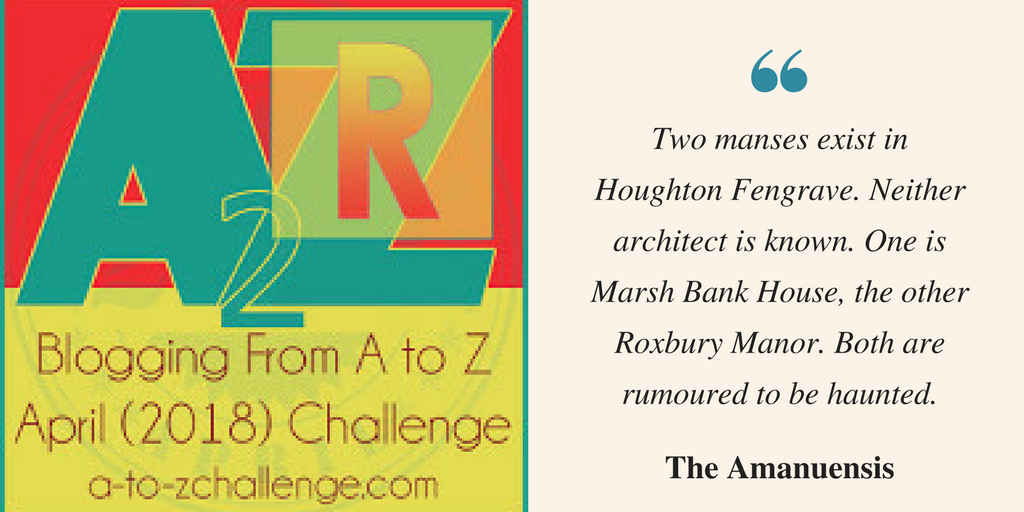 “If you choose to build upon land that is, shall we say, of dubious nature, then do not expect it to remain silent. Many haunting are a result of misplaced foundations.” The Book of Myths and Ancient Law, Jeremiah Delalande.

He awoke in a very strange bed. A large four poster to be precise, with rich burgundy velvet drapes and a solid dark oak headboard. Sunlight was streaming through an elaborate bay window dressed with matching curtains and pelmet dressing.

He laid on his back, looking upwards, on top of the covers and considered it might actually be a dream because this was most certainly not his house and neither was it a hospital. His head felt sore. Possibly something that would not transfer into a fictitious unconscious realm. His right hand was dressed in bandages and his knee was strapped tightly. He could also feel more than the odd bruise registering opinions of annoyance. Not the best start to the day but unless he was most mistaken he was not actually deceased. At least that was something.

The question now was where had he been abducted to? Rather than sit up he tried minimal movements of his head, first left then right to get some sort of bearings. Right was towards the window and an oak side table matching the headboard. On it there was a pitcher of water and small crystal glass sat on a white lace doily. Central to the table was an eighteenth century hand crafted solid brass lamp rising upwards, from a circular base, in a twisted column terminating in a disk of intricate fret work. A large cognac coloured Vesta shade sat on top, complementing the drapery, and within that there was a clear glass chimney.

The movement caused his head to spin slightly. A sharp pain reminding him of falling down the stairs. He slowly rolled it left, testing the point at which pain might kick in. Easier this time, still foggy in his mind but not so bad as a few moments ago. A matching table and lamp sat on this side of the bed too, but no pitcher. It was the canvas portrait on the wall he was now facing that cleared the fog aside. It was exactly opposite the window and central to it.

Sat perched on the edge of an armless Victorian lounge chair was the Lady in Blue, hands delicately placed together on her lap. The chair was angled meaning she had to turn her head slightly to fully look out of the picture.

The Paradox Man again. So much is written about his journey and yet much is incomplete. Chronology mismatches, parts where his presence disappears. The man who thought he was normal seems to have a way into many places with many connections.

This is aftershock. He knows of The Necromancer and that abomination knows of him.

And here he is, innocent Dave. Grave keeper and the man who wasn’t there when a van separated twins forever.

I am not certain he knows who he really is yet.

But why Roxbury Manor? What is it that sent him there?

Grave Keeper and watcher over a dead child yes?

“You again. What is it this time?”

“How the hell should I know? I just woke up after…”

“Something tried to kill me.”

So it seems. I think we both know what too.

Many names in many times and worlds. Cloaked Man to some, Necromancer to others. It hides well.

Because you were there.

Complicated ordinary man and one whose destiny is in many places except the one he resides in. He hides sadness well, wears guilt as armour and nurses a small grave out of penitence.

The answer must rest in Roxbury Manor.

He thumbed more papers. Not much more than Marsh Bank House. Origins uncertain. No records of any merit. Either there were none, or…

The thought ran cold as ice. The records have been tampered with.

Who would dare enter the Keep to doctor the Library of Time?

Choice words, he’d encountered a doctor before. A Physician…

And a threatened accessory.

Why does it rule you in this world?

“It was my mistake, my doing. I owe it to her sister and their family. And I swore an oath to protect her.”

“I think you know the answer already. If I’m not mistaken you’re seeking answers about yourself too.”

Perceptive Grave Keeper. There are ripples in time across all worlds.

“And they are tied to this demon that haunts me?”

One of them, the rest come from inside you.

“So high and mighty of you”

I have the books of time at my disposal. Your futures are written many ways.

I have been called many things in recent days. Fate is not one if them… until now.

“Whose side are you on?”

An answer I am seeking to discover.

“Then you are as bad as this doppelgänger.”

That may be, but I have a vast reach David and that abomination is no ally of ours.

Ours, past used in present. Now there is only me locked in an ice prison with a Vault where answers might lie that will, in all probability, cause my end if entry is still unauthorised.

Missing memories still refuse to surface. A thriving bastion of Orders to this emptiness and decay. Why not the library too? Why just everything apart from the records.

Unless they were doctored to draw false conclusions and validate the darkness. What other alternative could there be?

Sorcery and protective wards? Why that struck him so swiftly made him stare thoughtfully into flames that never faltered. Thus far his only explorations has been the books and immediacy of battlements reachable from this floor. Below there were many floors and lower still the Vault.

Why had he never ventured lower? There were vast libraries in each layer. Each built for the Order associated with them. Had they survived? Why didn’t he know already?

Time hanging again. Looped and his entry point was when? Days ago, or weeks? He wasn’t clear how long or even when his conscience reappeared. The only thing that could obliterate memories was a mage.

Or… a Witch, Necromancer, The Cloaked Man or Physician.

Just like The Black Marsh there were too many connections in one place.

Next up is Strickland. Two of them rested in Marsh Bank House. A Father and daughter…

Dave’s agues faded at the mention of Torrie back in the pub and him engaged in other worldly jousting. He shifted from chandelier to Derrick who looked rather too white for things to be just a run of the mill visit by an out of time Victorian lady. Not that such a visitation could ever actually be described as run of the mill, but on the limited experience he had it seemed Derrick was not overly pleased with the outcome.

“It was a very brief visit Dave. She was crying, no more like her sobbing hysterically, and begging me to go to your house saying you were being assaulted by a vile creature that would steal you away. It was all quite frightening as I have rather limited experience with women in obvious distress. Also to hear you were in grave danger from a woman who lives in 1875 was, to say the least, something of a shocker. As I recall, I secured the services of one of the waiters to finish the pipes and followed her out into the car park. White as a sheet she was, and had me proper concerned. Kept saying I had to stop it and quickly or you would die. Her last words were take him to Roxbury, I can help him there. I rushed over to the motor and looked back to see if she was following but there was nothing to see. She was gone, just like that. Not a pleasant feeling Dave.”

He paused realising it all sounded a touch fantastical when he said it back.

Dave’s mouth was quite dry. Seemed to be little doubt it would have killed him this time were it not for Torrie and Del. Throughout his life people had drifted in and out, but none had actually done anything for him. Associates more than friends, and made worse over the last few years after Chloe got unlucky. Tears welled up. He knew fortune had smiled on him. Relief mixed with a warmth of feeling that goes with emptying out the loneliness.

“I don’t know what to say Del. You appear to have saved my life. It’s quite humbling that you would take time out to check on me.”

Derrick saw Dave struggling for words. Stiff upper lip time, give him a way out. We both know the scores; no need to overdo this best mate crap.

“Dave, it was a decision based upon pure economics. I have now measured distances and my opposition is marginally closer to your abode therefore I had to step up an protect my assets. Besides, I didn’t raise the alarm, your…”

He searched for the words, deciding bringing in their normal patter might be an appropriate release valve, “…coquette did.”

I find this challenge getting harder. It’s swerved from the original concept of using a narrator to explore character, creatures and places in my book manuscripts to a new entity. The Amanuensis was never supposed to be anything but Scribe and interviewer.

Now he is beginning to talk to me just like any other character I’ve created. In comments I’ve already suggested this might be the evolution (via the A to Z) of a new novel concept. I am seeing more of his story coming through each time. This is why successive posts are getting tougher.

To go and write his story would necessitate stopping the challenge. To continue the challenge makes it more difficult because of the evolution.

It might even be this is actually the Amanuensis speaking without the italics!