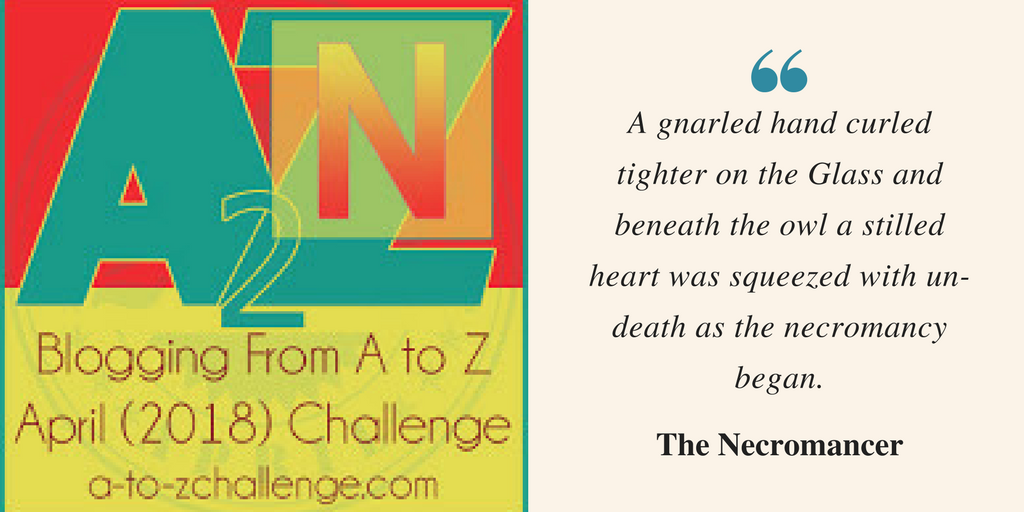 “Of all the sorcery practices there is one no wise mage will suffer. It is the abomination of life itself. A vile practice that corrupts everything. One that destroys every principle this great University stands for.” Arch Mage Eldred Mortain, “The Principles of Magic.”

The mind commanded and the Glass responded.

Searching the stones and finding a long dead tree. An owl sat vigil. It’s neck rotated to look back at the glam. Two large yellow eyes looking into the heart of the galaxies in another place. Petrified branches cast moon-shadow onto the unhallowed earth.

In a box underneath something stirred, screaming in insanity. A mind lost in centuries of neglect inside a coffin that was rotting into a desiccated mouth lying within. Dead but not dead. Existing in total blackness with nothing sensory to grasp except the confines of wood. Nothing to see, nothing to hear. Endless unanswered questions.

By the alter the shade convened the Trinity…

Extract from “Letters of The Amanuensis – Necromancy.”

Drawing a deep breath the Amanuensis opened a tome that all instincts said abandon. In the distant past it was shirked, the topic taboo and sole knowledge rested in texts created even further back. Bound in leather and encased with runes.

Necromancy the art of death, communing with the dead, the summoning and conjugation of revenants. The lists were haunting reminders of past wars when Mage fought Mage trying to rid the worlds of black conjuration.

Eldred Mortain was the first Arch Mage in recent times to speak of it at privy council meetings. Warning the refusal to discuss Necromancy risked losing it to the past. Exposing flaws in the present. The darkness always drew acolytes. To ignore this was folly.

Recent times. The Amanuensis almost caught a wayward smile. Time was relative. Mortain’s time was centuries past, before the sacking of the Keep.

Eldred Mortain was right too.

What are you conjurer?

Who wants to know?

Not all dead then. A shame, you were all self-important wastrels.

You know of the sacking?

Hard not to when you can tease words from the other side. Hear them scream to be left alone in death. We ask, they say. Nothing but the truth.

For a Scribe you seem ill-informed.

What is the Trinity?

I am not dead, and you are not me. Asking has no authority here.

The Amanuensis checked his runes against those in the tome. Protective wards masking the source of enquiry. Safeguards. And yet he felt unsettled, compromised. There were no records of communing with Necromancers. It was forbidden.

Except this was not then. Here was an ice prison locked in time. The key was knowledge. Clues trickled back. Who would sack the Keep? Rid the old Order and cast them across worlds to rot. Undo millennia of peace and balance.

It was predicted in Mortain’s the texts.

“Ignore the Dark magics and the future will be filled with shadows.”

Now, as he spanned worlds the records showed genocide, war, famine and pestilence. Connections between worlds, ghosts not resting, and transgressions across planes threatening everything.

I think it is.

An opinion you are entitled to hold.

What do the child twins mean to you?

Not much and everything. You saw the start because you spoke to them both.

How do you know?

One is dead fool.

Not in all worlds.

True, and in mine she is screaming.

Mortain was right, you are an abomination.

Tell me, you commune with ghosts and the dead yes?

You would. Lies are part of it Necromancer.

The candles flickered once more as the Amanuensis killed the connection. The accusation hurled at him was leaving a cold sensation, haunted by the laughter that fell with it.

Was there truth? His past escaped him. Waking after all else had fallen into ruin in a frozen landscape did not rest easy. He remembered his scholarship and learning. The tests and lore handed down as he took office. The alarm bells sounding as a horde approached. The old master taking him into an apse and then… nothing until he woke.

What if the Necromancer spoke truth? What if there was deception and dark magic thrown inside to break the wards? What if that had been him? Acting as some puppet to this vile creature that still managed to dip his candles when nothing he knew could.

The same question. Over and over.

He flipped more pages, searching for something to grasp.

Torrie was flowing through his mind. He was in great danger. She had said as much at least twice and that was the main reason for travelling through time to reach him. This travesty had already murdered Chloe and God knows how many others he didn’t know about. Was it wise to show anger? Maybe there were things to hear.

Want Dave? Not what We want, more what you want, or what wants you. She is treacherous and has history that would make your blood boil. Want to hear some?

There was something beguiling about the voice now. It had gone soft and sticky, almost hypnotic. Dave was toppling.

“Hardly relevant since she is lost in time is it?”

Time shifts Dave. Depends where you stand and how you travel. Stay away from the beldame and live long in years.

“Is that a threat? You tried that once before as I recall.”

The room was now like a freezer. His breath was misting.

No threats Dave, just what will be or what will not.

He was shivering now and feeling quite lethargic. He watched as ice crazed the inside of his bedroom windows. Panic stirred and he flashed back to the lodge; open the door and live or stay and die of heart failure. Was this another choice?

“What would you know about her anyway?”

He turned and tried to move to the door. It seemed further away than it should be, like looking down a tunnel filled with ice. He blinked, his whole room was covered in frost. This was not possible.

She is one of ours Dave. A temptress luring you in. Join us. We can bring the girl forwards and you can have her forever.

It seems I’m exploring manuscripts now from another story that seems to be taking shape. A crude shape, but all my writing ideas form that way. Usually in my head so this is, in part, doing that in the form of this challenge. Maybe I will think about a post later on how I actually go about writing.