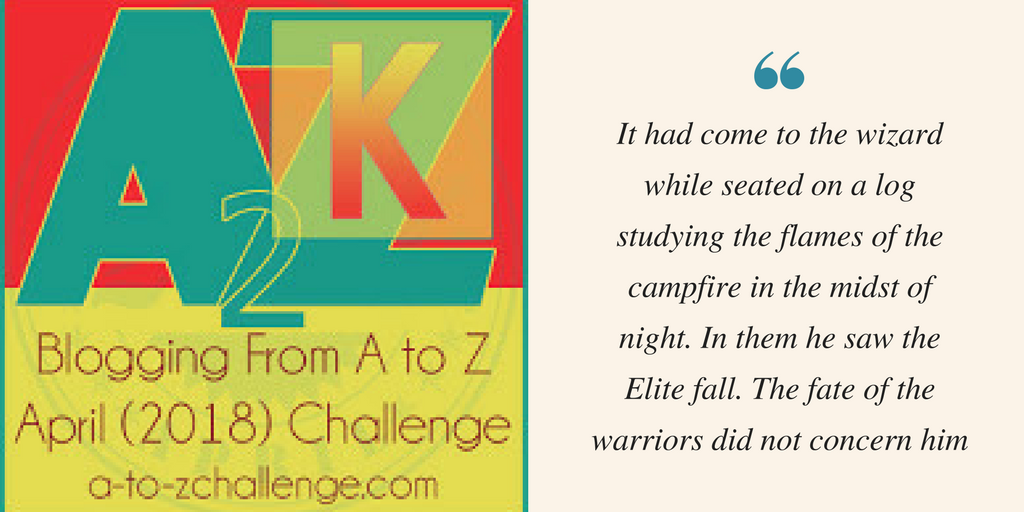 “The shadows are your friend comrade. They hide much, but beware the mage and sub-species for the darkness holds no mystery.” Marcus Flax, “The Assassins Guide to  Invisibility.”

By the time life fell from Devlin’s eyes the mage was long gone. The Elite had known the path ahead lead to ambush half a league before. The wizard had been dutifully cast from the company unseen by either warriors or shadow trackers. Careful wood craft had slowly turned them east and parallel to the northern edge of the forest thereby allowing the mage to flee directly north. Hoping he would clear the woods before the echoes of the last clash of blades died and the sounds of battle drew silent.
It had almost worked. As he neared the line between trees and grass, four shadows grew from the decayed undergrowth. All in formation, sword hilts clutched in front with blades pointing straight up. Shards of cloak trembled in the breeze drawn off the plains, so near and yet so far.
Confrontation was unavoidable this time. Drawing himself up his mind filled with fire. The wraiths issued hollow screeches and raised their swords as the wizard transferred the conflagration inside into two fireballs that fled from the fingertips of each hand, striking the front two shades square on. Unlike the Elite’s steel the fires caught, engulfing the lead revenants. Such was the heat that incineration was brief and complete. Two blades fell to the earth and turned to dust. The remaining undead separated, but failed to consider assault from the rear. Arrows tipped with flame hit them from behind. Both wraiths dropped their swords and sped off into the deeper forest before the fire consumed them.
Cautious, the wizard edged forwards.

Extract from “Letters of The Amanuensis – The Book of Knowledge and Rune Lore.” Unknown Author.

Inside the library the Amanuensis was troubled. It was too long since he’d refreshed himself on the old tomes. The Book of Knowledge and Rune Law was layered in dust. Forgotten on a shelf containing a great many ancient texts. It was like an old memory nudged open. If he didn’t know better, then he’d conclude this section had been set up with standing magic to prevent access. An incantation levied until the Scribe was ready to learn it’s secrets.

Didn’t know better… he mused over that. Knowledge is power, no knowledge is ignorance and forgetting is a travesty.

A teaching mantra from deep in his memories.

And yet, this part he had not walked in for… travesty.

Devlin are you there?

The Barrow woods. What know you of the wizard that walked in your retinue?

“That was need to know. The Elite, they knew and led us all the death.”

“He was not there at the end.”

Then you were a diversion.

“An unknowledgeable one that cost the lives of my brethren.”

You were not these Elite?

“No, men of the Kings ward, warriors, knights to some. Muscle to others.”

And your king sent you to die

“A barrier between the living world and the one beyond. Not a gate to the underworld, but a fence against the genocide beyond. The landscape bleeds, bones lie bleached under a sun that burns all. An exile place of remembrance that now lies forgotten.”

“Sorcery makes mistakes. Often and in ignorance. The employment of a Dark Mage was a mistake. Charged with protecting the Barrow Woods he raised the dead. They walk as wights, killing and turning. All that die become. It is a vile place, to be avoided until a solution  presents.”

Exasperated, he closed the book. Cryptic links leading where?

The Elite, what do you know of them?

“Fanatics is all I can offer. Codes that are known only to their Order. Some say religious Assassins, some say a cross between mage and warrior. I say, see them and run.”

“They bring death. In peace they are nowhere, in war they flock to battle.”

Who do they serve?

“Their Citadel was sacked long ago. Now they wander the lands as monks of war, a dying order.”

And now, where are you now?

“Is that not obvious?”

The question burned deep as he looked over winter. Trees locked in hibernation, white spreading to the horizon. The crunch of iced snow underfoot. There was no wind in the night sky. Stars scattered above revealing the universe was bigger than just one world. A truth few accepted.

Everything he was reading, communing with, Rune casting over had longevity. Happened long ago, now, was happening in a point of chronology in this very moment. Seers, oracles and all manner of species turning lives in an instant. He saw Devlin, the child, warrior and wight all happening together in moments of time. Directed by fate, destiny or pure chance?

Back inside he realised in the Keep time was locked. It had been since…

“Their citadel was sacked long ago…”

Something was off. Why am I now questioning everything?

“Old forests have history,” Devlin was thinking aloud.
The long march north was making his mind crawl. It was humid and the soil was soft. Teaming with life, some of it not kind and two had already been poisoned by ignoring their footfalls. Ten had started, now there were eight, nine including himself. Two warriors, one sorcerer and five of the Elite. The latter were the Kings ward, proficient in tracking, medicine, armed and unarmed combat. Most called them assassins. It was none of their guard that had fallen foul of the forest fauna.
Devlin despised forests, especially old ones filled with giants that reached skywards in great wood columns ending in a green intertwined mesh that brought dusk to the floor. The trunk density made horses impossible. Theirs had been turned loose four days earlier when the landscape changed from lowland plains to a wall of oaks barring their path like some living fortress.
From the plains it look dark and oppressive. Inside it was worse. Some said there was no other side and souls of those that died trying patrolled within, adding to their number in a legion of undead. The wizard said otherwise. At least he said there was another side and ten days from plain to tundra if the pace was good and path true. That left six to go.
On they walked in silence. The ground muffling their passage. By the fifth day even the forest was silent, deafeningly so. The darkness was pitch, the daytime sunlight weak and sickly as it attempted to find holes in the canopy above. The humidity was nearing unbearable and Devlin’s concentration was waning.

I’m no longer certain if this is the A to Z Challenge or a storyboard developing in its own right. Am I the writer or The Amanuensis?  At times I’m on that balcony watching winter set. Frozen, waiting for the connections to manifest and the path to clear.

The next Librarian is not what he thinks it will be either. An Alice if I remember correctly.