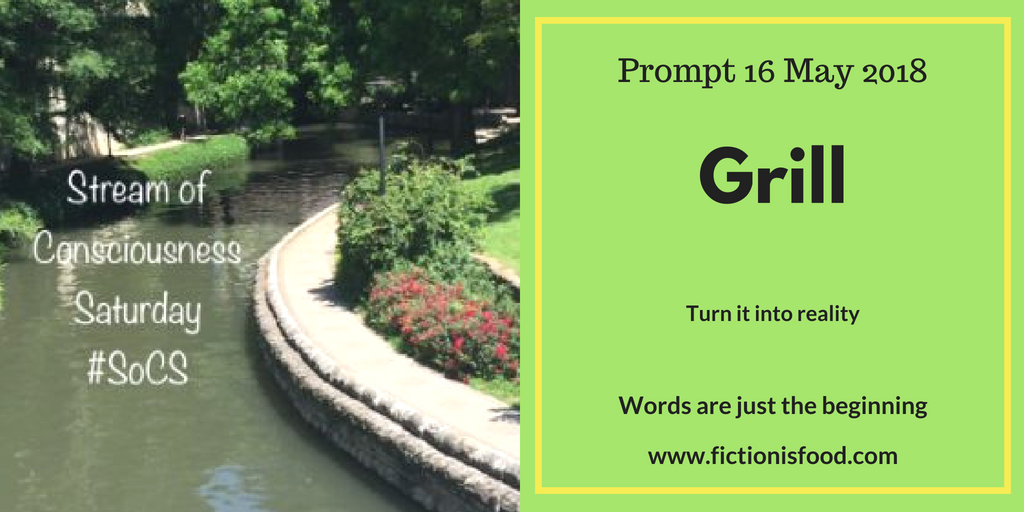 “If you are to host an inquisition then do so in a deep chamber with thick walls. There is nothing like the sounds of screaming to upset ones digestion.” Old gaoler saying in Ang Nafud.

My second offering for Linda Hill’s Stream of conscious Saturday.

“What do you know of dungeon innards?” The dwarf spat onto the grass next to his cart.

“Only tales Nahar. I have no desire to find out first hand.”

Nahar laughed. A deep guffaw that made his beard tremble. Most conversations flirting on accusation ended up this way. It was their bond. Laughing was scarce since the gates at Ang Cahir opened to breathe creeping darkness into the world. Hordes of orcs and men marching south leaving lands barren in their wake.

Trust between species was at a low ebb. Spies were everywhere and the kingdom first bulldozed was splintered into resistance fighters or dead pacifists. Most of the former had fled further south where they encountered more hostility as intelligence reports declared those fleeing contained Nafudian moles.

Elf and dwarf met as interrogators questioned a sorceress. A huge mistake in Yish’s opinion as the griller became the grilled, consumed in flame as the thaumaturge took umbrage. They had both ended up out of sight behind the very cart by which they now rested. The witch had tagged along uninvited. Not that either challenged her. Axe, bow and magic seemed a good combination.

Night was falling. A surreal dying glow in the sky that would soon reveal an astral map and constellations defined by legends past. Bird chatter dominated the wood surrounding their camp. Dangerous territory considering outlaws, bandits and resistance groups also shared off-road routes to avoid troops.

The Witch was unperturbed. Muttering as she circled the clearing. Yish tested her bow while Nahar honed his axe. Both knew curses when they heard them. Nothing would pass through the arcane barrier now resting between them and the outside world.

“Do you trust her?” the dwarf asked several days later as they crossed a ford.

“Hard to say. She hardly speaks and when she does it’s in riddles,”replied the elf.

“Aye.” He looked back across the stream where eyes bore straight through him. He nodded it was safe for the sorceress to cross. “Something is either wrong or she is deeply troubled.”

“Isn’t that the same thing?”

Yish said nothing. Her right hand-held a loosely notched arrow just in case they were spotted crossing.

Nahar continued. “She has an aura of death. Remember the ease with which she fried that soldier?”

“It was like child’s play. Done it so often it’s matter of fact.”

“Or there was a reason.”

“What if our comrade is being hunted.”

The dwarf turned his head, “You mean as a Nafudian infiltrator?”

They fell silent as the witch approached. “Why not just ask me dwarf?”

Apologies if cromlechs were expected after last week. The prompt took the initiative and took Yish even further back in her timeline. Nahar is a new character, the Witch is not. Granted you won’t learn a lot here, but remember I’m using this as a note format to feel my way around the world and see what’s going on.

This exposes war and politics at play. An army marches south and has obliterated a kingdom yet to be named. Those taking flight are moving en masse as refugees. Within them are spies and saboteurs.

Any ideas what the witch will say if asked the question she knows Nahar and Yish were talking about?