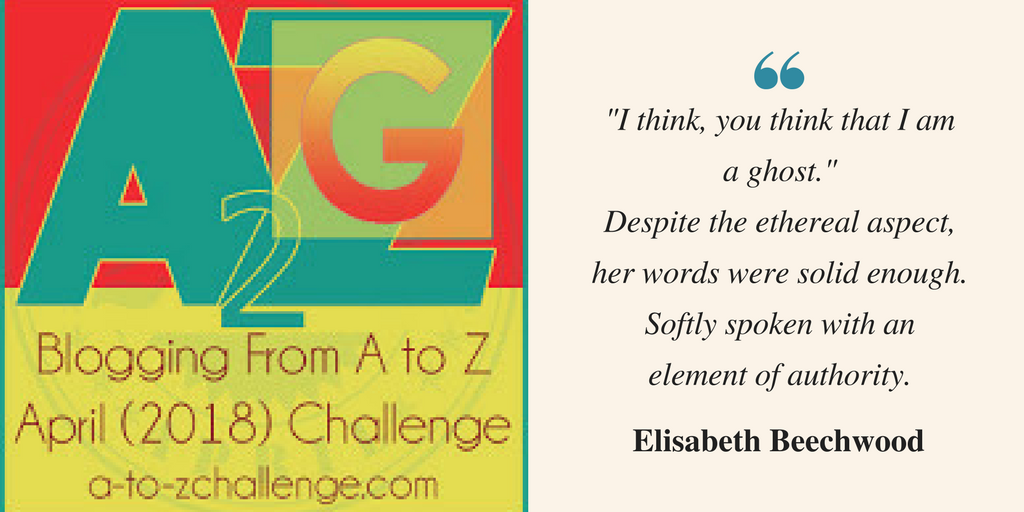 1875, the year Marsh Bank House was fired by Jonathan Webster. Inside was Elisabeth Beechwood, her husband lay dead already.

What was it the prof once said?

“Archie my man, this house has a delicious past. At the top of the staircase is a room. Haunted don’t you know, Amelie Hamilton supposedly vanished from it and was never seen again.”

Archie remembered that well enough, along with other curious tales about the marsh at the rear of the house, ghosts and some haunted tomb in the middle. Then there was Elisabeth Beechwood, supposedly died in the fire of 1875….that was, he screwed his eyes up trying to see the plaque on the mirrors back.

Twelve years after they married. Imagine that, burning alive in here. The silence greeting that thought left his mouth dry. In his mind he could see drapes aflame and the room filling with smoke, tinted orange by the fires behind. The room turned cold to hot and he could hear screams from the right and at the top of the stairs a shadow stepping backwards. Archie found himself gripping a chair as his breathes grew shallow and beads of sweat broke out on his forehead. The roar of flames grew louder as sparks leapt to new places and ignited.

He felt himself sink to the floor, unable to breathe, nauseous before his world fell black.

Extract from “Letters of The Amanuensis – The Ghost of Elisabeth Beechwood”

1875, the Amanuensis turned another starched page. At the top was the word “Beechwood.” The tome in front covered her existence from birth to beyond the grave. A sad story, rich in neglect, liaisons ending in tragedy, a house bought in good faith that had a torrid history of it’s own. The marsh behind a grave for hundreds if not thousands over the centuries. A weak point connecting worlds.

He paused at that. A weak point. Somewhere in his reading this had been encountered before. But where? Not just a house… what was it?

Legends and myths spanning the ages. Names holding power. It was in his mind, just not accessible at present.

Elisabeth Beechwood. Before of after?

“Excuse me, what do you mean?”

“After. Is there something you want Scribe?”

“You aren’t the first. There have been those before that have tried and failed.”

“And you call me ghost.”

Except I am not dead.

“You are not the first there either.”

The Amanuensis rifled more pages. The house, not just any house That House, whose name binds it to past, present and future. The house resting on the edge of the Black Marsh.

“You know she did, the ghost child interred in the cellar walls.”

“Only what she told me the night I saw her in that room.”

“They called her a monster and bricked her up alive.”

A terrible fate for one so small.

“No worse than watching your own flesh peel in a fire.”

Point conceded. Do you know what she was?

The Amanuensis swallowed nothing. An attempt to quench a dry throat. Two ghosts, both destroyed, one in a slow dark prison and the other burnt alive.

Except, the child…is she truly dead or just dormant?

He flipped back several pages. Beechwood was changing before her death. It was in the passage transcribed from her maid. If she hadn’t been cleansed in fire…

That meant… no… Webster was a pawn in a different game.

The place itself is the ghost, a relic from some darker past. This town known as Houghton Fengrave… names have meanings, names have power. He returned to the shelves…

Outside early morning sunlight was dapping through trees and the garden was half alive with birdsong. Elisabeth was standing at the threshold of the patio doors that were now swung outwards.

Half alive, she thought, how can that be? For a reason she knew not, her senses were picking up nuances that previously had been unnoticed. Drawing out emotions, sounds and feelings that were now more exact. It was like a slumbering part of her mind had woken up and brought new depth to existing depths of feeling. Perhaps that was why the brief thoughts of Jonathan had seared the images of lust into her mind a short while ago.

Returning to the garden she closed her eyes and inhaled deeply. Half alive, it was so obvious now. In front, and to the right, there were the sounds of life. Insects chattering, leaves rustling and birds. How could she have not noticed the birds before? They were so loud and distinct.

The left was dead. Or, possibly, just incredibly silent. Or afraid to speak out. It felt wrong. Opening her eyes she glanced toward the island way out over The Marshes.

Her eyes burned with a new clarity. Things seemed sharper, more defined and yet, to the left, colour was grayed out and the wetlands exposed leaving the path to the folly clearly visible. Solid ground, wending a course through the marshes, defined by the wisps of mist washing against the land. Land that was surrounded by sedges and reeds that were now withered and desiccated. Relics of what lay there only minutes before.

Elisabeth held her breath, tracing the walkway back from island to the edge of her garden, where it joined what should have been a random stand of trees. Except they were no longer random. Skeletal oaks marched to the bog shore forming a corridor leading to the base of the house. Exactly where the two collided was hidden from view but she guessed at directly below the room that chose not to reveal itself.

She was aware of the quickening of her heartbeat echoing in her chest and resounding noise in her ears. She could feel her pulse forcing the blood round arteries and veins as her eyes watched the line where daylight met grey, where silence and decay existed on one side and life on the other.

“My lady, will you be taking breakfast shortly?”

More and more questions seem to present each time I write as the Scribe. In “A” he was just an idea, Now he has not only a library spanning past present and future, but a Keep overlooking a desolate landscape and trials of passage to become the Amanuensis. He communes from another world, casts runes and magic. Unlike the ghosts he is coming alive. This is an unexpected outcome.