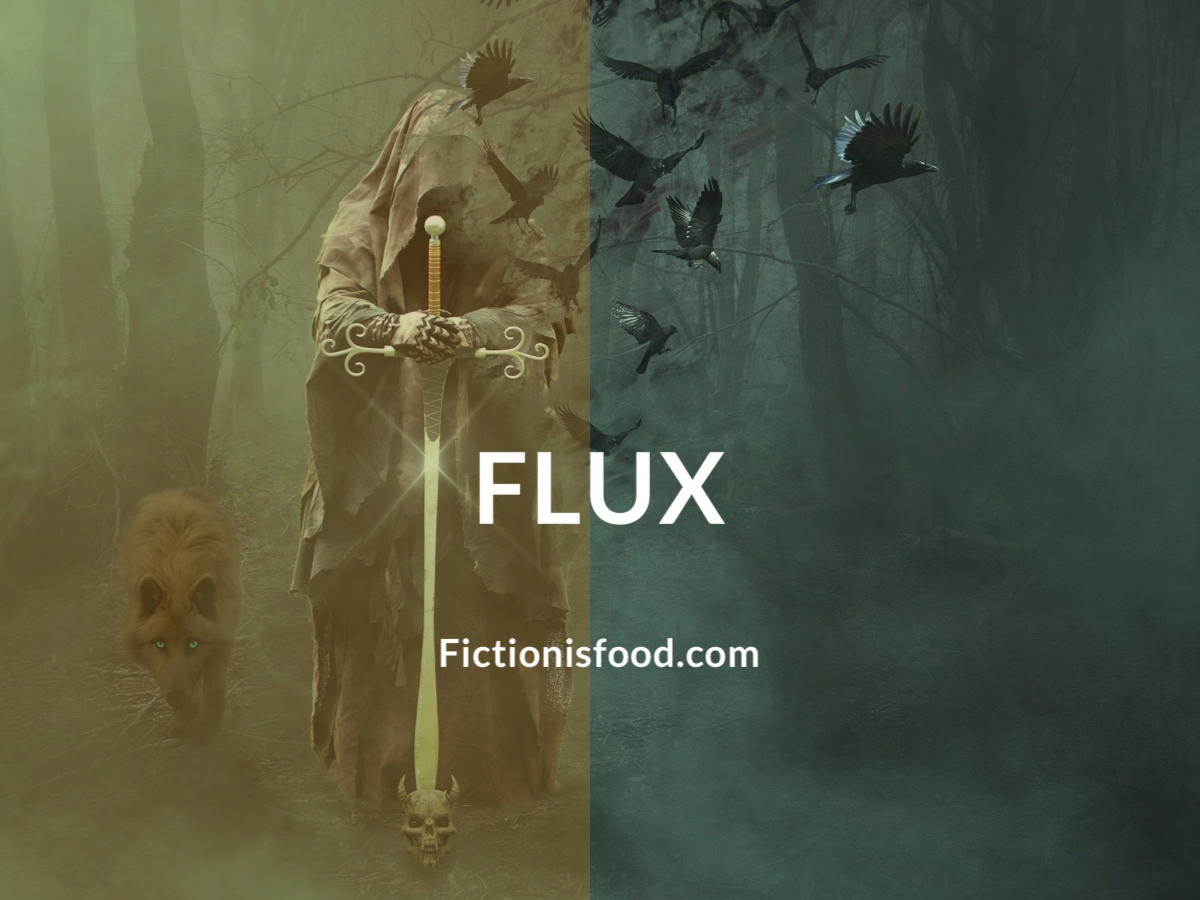 “Never be rash enough to assume constancy. Civilisations live and die by their collective actions.” A Study on Enthology , Jeremiah Delalande.

Three prompts ago Yish and Naz encountered an elder Mage castle bound in living rock. A relic from a lost civilisation whose relics are an enigma. These short stories connect and disconnect in back story world builds crossing time and planes of existence running parallel to this one. Some synchronised, others displaced, one is ours.

Overarching this is the Amanuensis, trapped in a conjurers bubble far in the future. He searches for a key to unlock his prison and restore the collapsing time stream. Alas his memory is not as it was, an artefact of the sorcery placing him in the bubble.

The journeys of Yish and Naz predate this significantly.

For this prompt I’ve taken into consideration a recent debate on what the prompt actually is in terms of application. To wit, I’ve not actually used the word  inside the text. This is an associative connection based on The Amanuensis inside the conjurers bubble where he is imprisoned. His goal is to escape, seek freedom or, if you prefer, be liberated.

A word on prompt use.

The concept of BlogBattle is to be creative with the prompt word. It does not mean simply slip it in to satisfy text that has no logical inclusion path. Dialogue excepted, as with good discourse it can feed into the story quite happily. Personally I’ve used that, created place names and, when proper stuck, turned to the prompts antonym. The prompt is there to stimulate the grey matter with minimal “rules” to allow writers freedom to generate anything their muse directs. Just keep in mind it needs a reason to be included and not just jacked in for the sake of it.

In the spirit of community also be considerate when, like me, you often see a scarcity of comments. Everyone has differing reading genres, time demands and reasons for not always jumping across entries every month. Read if you want, comment if you want (caveat, constructively if you feel there’s some critique) and never feel obligated to return a comment just because someone has visited your story. It is, however, courteous to at least read and share some entries each month however. That’s how the community grows and friendships develop.

Above all else this is designed to help writers write. Just saying!

As the Dökkálfar dwelt below the earth, the Ljósálfar lived above it. Often in white marble fronted citadels surrounded by forest. There once existed a place where a waterfall, cascaded over a rock face into a lake surrounded by fruit trees and rich in songbirds and deer.

That is now lost. A dark excavation cleansing the landscape of life as we knew it. Purged in dark sorcery and witchcraft. Demons live there now and yet…

The Amanuensis dug deeper. The Dwarven mines below, from a time when Elf and miners coexisted, still locks out the Dark.

An aged parchment, showing the world as it was, clearly marked the entrance. Hidden behind a waterfall and closed to all who did not know Rune Lore and how to unlock it.

He rummaged further. Names of Elves drifted under his finger as it traced the list below. So many died before their time. Turning the leaves over he found what he was searching for, a name on the High Elf Caucus.

Forgive me, my pronunciation of elven names is far from ideal.

“Yish will suffice Sorcerer. Have you forgotten?”

I am merely a Scribe.

“I think not. You are from the Keep are you not?”

I am what remains of it yes.

It fell. The lands are buried in ice and the Keep is silent.

I know not. I was present before when all was well and then my conscious woke up here.

“Can you enter The Vault?”

I am trapped inside the Library of Time.

I leave through a door and return back through it.

“Time is frozen inside a confusion field. Those within are confined to small areas. They have no need of sustenance or sleep.”

“In your case from whatever sacked The Keep.”

Is there a way out?

“It requires a very gifted Mage. It is a complex incantation. Get it wrong and the bubble shrinks in on itself.”

The Amanuensis sat with his head in his hands. Before him the candles continued to burn. That they never shrank was now explained. Lack of hunger, thirst and sleep also ran clear.

Prison or protection? Interment for affiliation with The Necromancer or placed here on purpose to save what could be rescued while The Keep fell. If only he could remember.

“Trust in yourself is imperative. If it is wilting then you will never aspire as a Mage. Your magics will falter and become corrupted. The outcomes will either fail or have uncertain effects, often dangerous to recipient and caster. Only a mind filled with certainty of purpose will be able to conjure.

This is a separate motivation to love. That can be highly elusive and often has strange outcomes. It is one reason many Magi take vows of chastity.”

Mortain’s grand sermons. The Amanuensis could remember many… up to a point. He tried to recollect the seminars on Elves. Light and Dark. Ynshael was Ljósálfar, and famous. Her name echoed around scholarship circles. Some even said she even lectured occasionally. Few headed her words with most lost in her glam. A trick to enforce Mortain’s message on love. At least that was the rumour among acolytes. Why he remembered that particular anecdote, he knew not.

“Have you decided? Prison or protection.”

I must believe the latter. Why else would all crumble leaving me imprisoned?

“Unless Time has moved on and everything has suffered the decay of longevity. Are you certain you are not far, far in the future and exist in a loop for eternity?”

I must not believe that to be true. I have spoken to many in recent cycles. Dark magic is ruling many worlds and picking apart the established order leaving chaos in its wake.

“I agree Amanuensis. Ljósálfar are in decline. Our citadel also fell.”

I have seen it. A Wizard with the Emerald Dragons Eye is searching for the hidden entrance.

“He has the Emerald Stone?”

“Are there any others?”

I have only observed The Blacks.

“Matters are far worse than The Caucus thought.”

Several have said answers might lie in The Vault.

“Then you must break the bubble.”

I need a Sorcerer and a good one at that.

“Has it not crossed your mind that only a highly skilled Mage can commune outside of one from within?”

“That is folly Amanuensis. Your title is not given to a mere librarian. Have you forgotten your training? The Rights of Passage?”

“Then if it is truly not a prison there will be an artefact inside. Something small and not trying to catch your eye. Once found all will return. But be wary, if you commune outwards thereafter it will be traceable.”

Can you not return and perform the reverse spell?

“I wish I could my love. Alas I am also imprisoned.”

My love? Yish, the one who let him use her pet name when all others used her title. This he now remembered. What happened he did not. Love the power bond of trust. He could barely remember her face.

Right now this was a distraction. Except deep inside his emotional state was in flux. For the first time he was lost, uncertain, doubting his purpose and… missing Yish.

Outside on the balcony, the cold wind brought his mind back. An amulet hidden in the Library. Some discreet artefact that could break his inability to escape. She called him Mage too. Was this more trickery by The Necromancer to get him to destroy the conjurers bubble? Make a mistake and cause it to implode inwards and thus ending the last of The Keeps stewards.

So much emotion stirred. And she knew of the Emerald Stone.

And he knew of another trapped in a bubble… except in that world it held the word coma.

The girl, Rebecca, had said “Walk towards the obelisk.” That was before her dragon spiralled from the ground, spreading wings of iridescent green casting Rose briefly in shadow before it turned towards a distant mountain cut in half by a thick white mist obscuring the snow line below.

Behind, where the wyvern had risen from, lay a spire shimmering in the heat of midday sun. That it might not be made of obsidian never crossed her mind. Dreams, sleeping or hallucinogenic, did that. Somehow imparting strange or arcane knowledge that never drew questions. Just a nod of certainty that needed no causal explanation.

Rose had seen this quest before as a child many times. Always Rebecca said the same thing and greeted her as a long-lost friend astride her Emerald Dragon. Each journey ended in frustration before reaching the towering four-sided monolith in the distance.

Once she had been close enough to see etched hieroglyphs carved into the polished surface. She never made it though and always awoke in a cold sweat that reminded her of long nights dreading the return of the bastard Josh. Intoxicated and wanting to take her any way he could. Memories of the tower faded fast until the next time.

Not that Rebecca always appeared this way, but tonight all the other times and places slipped away and her dreaming thoughts felt familiar determination that this time she would reach her goal. What happened then was not important. Just to get there and let her hands glide over the glass surface, feeling the dips and turns of whatever language was carved within.

Might be tonight was the night. Over  the years she had held that thought more than once. The difference was that this dream had ceased to exist the day she carried one half a twin into a staff room in a school that was never quite the same afterwards.

The dreamscape mind concluded that was the day the soul got sucked from the classrooms. Again she never questioned this but accepted it as fact. Here and now the dream was back. Visceral and real with a breeze boiled by the sun flowing across sands and causing hair to slew across her eyes as they focussed on the obelisk.

It felt different. Less uncertain; even Rebecca had whispered “This time” as her mount stretched its vast neck before taking to the skies.

Here her mind was clear. The bunker open and bereft of all the plethora of doubts and voices that cluttered her conscious filling it with doubts casting her into the safe zones.

Where warp cores were ejected and red lights flashed on mental control panels. A place in which Whitaker took her blood and numbers said error, systems failing and mirrors were not her friend.

In the dream she just walked as the tower grew taller. Dragons were real and she had a lifelong friend that never aged.