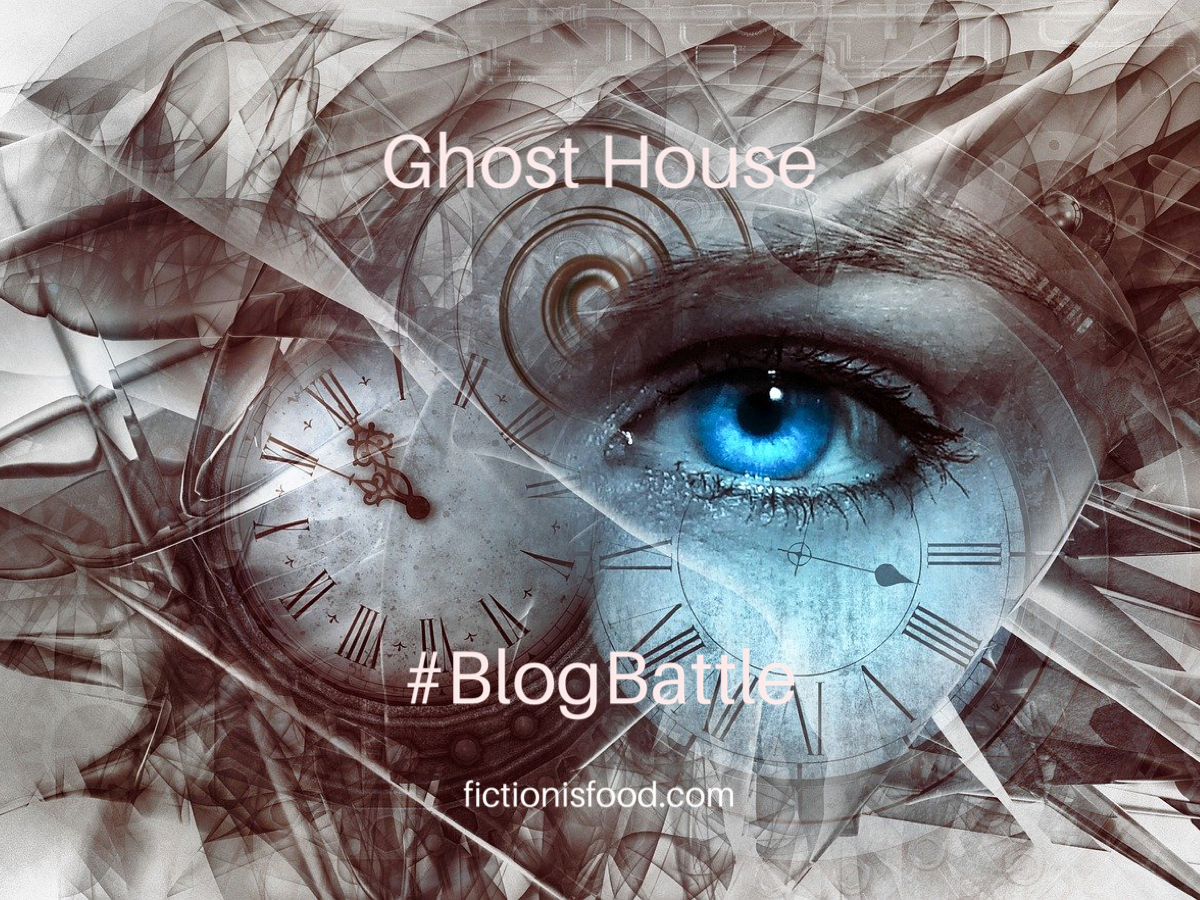 “When you play with fire in a ghost house then expect to get burned.” Diary of Jonathan Webster, insane. Incarcerated, Bethlem Royal Hospital, 1876.

This is another preamble in the world of a WIP written only in the mind and a plethora of short stories. Vivacious was tricky, using its antonyms less so.

The Amanuensis still continues to search time and places trying to unlock his own temporal prison doors. I, in turn, am trying to release the story incarcerated in the grey matter to find out if he can.

There is an element of horror here as the bricked up child does have history with the previous BlogBattle story. However, using Vivacious was tricky until I started with the antonyms. That made “life” much easier!

Local businessman Jonathan Webster was, today, accused of setting a fire with intent to incapacitate and murder Albert and Elisabeth Beechwood and their unborn child. In addition the remains of an unknown female, also with child, were discovered in an upstairs room.

Being of unsound mind the accused was spared the hangman’s noose and admitted to an asylum for the remainder of his days.

When inquisition as to motive was applied by the prosecution the only words uttered by Mr Webster were, “Get out of my house.”

Extract from “Letters of The Amanuensis”

The business man who dabbled and turned insane.

So the parchment declared. Extracts from old newspaper cuttings transcribed into his library archive. The scattered aftermath of an event that turned history.

Insane? The Amanuensis thought not. Traumatised by events that filled his head with demons, yes.

Jonathan Webster was not an innocent. A murderer with a motive baited by a child.

He sat upright. A vision drawing deep breath. Children, always there are children.

On the desk his hands rifled more parchments. His eyes remained closed allowing thoughts to coalesce. Opening them he read the extract again. His mind searching history.

They say you were intoxicated and set fire to a house.

“The house has demons.”

The Amanuensis rifled more pages. The house, not just any house the House, whose name binds it to past, present and future. The house resting on the edge of the Black Marsh.

“I don’t know, one rests in the cellar. She’s madness and vengeance. The antithesis of vivacious.”

So you fired the house killing innocents.

The child possessed you?

And where is she now?

“Entombed in bricks. Bones and rags. Fingers torn and broken. There are signs inside as I tried to dig out of the darkness. He was a fool, possessed by his own defilements. He killed one of mine.”

This is no longer Webster is it?

The Amanuensis felt a darkness connecting everything. He gazed into his candle flames. This time they stood unperturbed. Linear in time these events were not.

Too many unconnected deaths. Coincidences he believed improbable. The library held everything. He just needed more time. Always that confounded him. A library of eternity and not enough information to grasp the answers. He closed his eyes. Ghosts, he would visit one tomorrow. Shed more light in the fired house. Not the child, the woman Elisabeth Beechwood.

For now though, he gazed upon the woman displaced in time by a room that ate people. Her fate was sealed when her present passed into the past in a house filled with demons.

A door slammed and Amelie could hear crying. She returned to her room and sat on the bed shaking. This time her bedroom door was left slightly ajar so she could see if things outside reverted to normal. They did not.

Settling back she felt her own baby move. Third trimester, it was agitated too. Her own husband was at a conference in Holland presenting a paper on something to do with particle physics. She was never quite sure what that meant at the best of times. CERN was just a word meaning big vacuum tube thing where other things you couldn’t see flew round in circles crashing into other invisible things that were even smaller. Did her head in, although a scatty memory and interrupted sleep wasn’t helping and made dealing with things you could see tricky at the best of times.

“My apologies for being so late Torrie, the meeting ran over slightly.”

“Not to worry Alfred, these things happen.”

There was the sound of breaking glass and a scream. Amelie moved back to her vantage point, this time daring to look over the bannister. What she saw made her heart beat a shade faster.

Flames were expanding from drapes that were drawn across two windows to the left of the front door and opposite the base of the staircase. Glass was strewn across a tiled mosaic floor and the curtains flapped in a breeze from outside fanning the fire that was now spreading.

Alfred moved toward the door, but staggered away as he opened it falling backwards, his head covered in blood. Jonathan stepped through, a hammer in his left hand. It was stained red and dripping, leaving a trail of blood on the floor.

Elisabeth’s mouth opened and closed as she stumbled against a table that offered temporary support. Her face was white. She spoke in a terrified whisper, “What the hell are you doing Jonathan?”

He glared back, eyes filled with the red mist and staggering with the gait of a mad man riddled with liquor wielding a raging slur, “If I cannot have you then no-one will.”

He moved toward the table, Elisabeth backed off. The flames were moving across the room and behind her. She turned too fast and tripped, crashing her head against the corner of the table before landing on the mosaic. A pool of red liquid grew from her hair.

Jonathan dropped the hammer and fled.