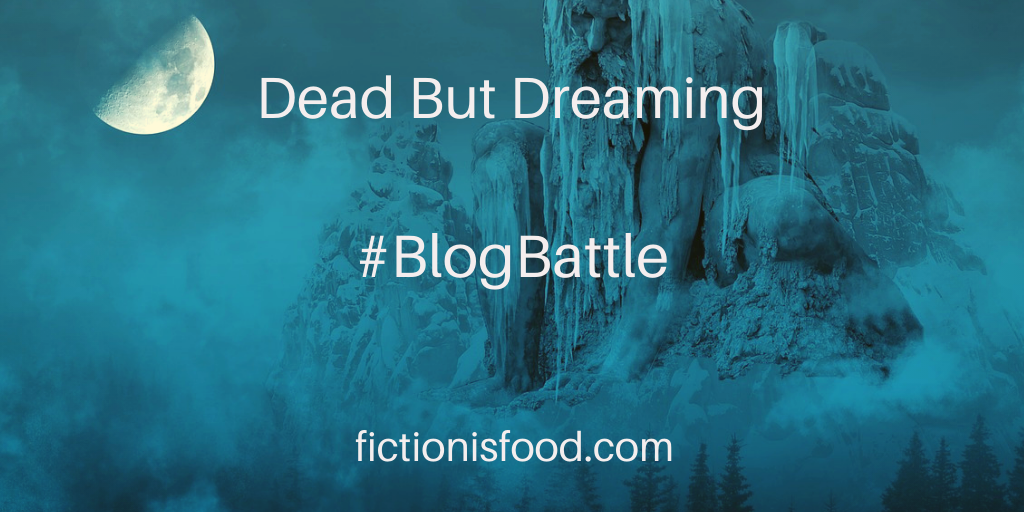 “Cromlechs are ancient relics from a time long ago. Remember this well, as no civilisation is ever permanent.” The Amanuensis.

I’ve referenced a WIP many time and this is back story regurgitated from previous incarnations now collated and waiting for the writing to manifest. If it makes little sense then it’s not really supposed to. I’ve not written it all yet.

The Amanuensis is locked in time a sorcerers bubble trying to work out who he is and what happened to collapse his citadel. Everything I’ve ever written ties into this somehow.

What to include here and what to omit was tricky. The scenes used come from a traumatic piece that has touched readers before. I chose two excerpts from that. Neither actively mention Chloe alive. Not in Houghton Fengrave (our world). The Amanuensis touches all worlds and even he found it too terrible to include the full transcript here. It was referenced though, and was the very first thing the acolyte he mentioned ever wrote. His words hold true too. It is raw and un-proofed.

Wayland started. There was evil in his mind. Cold words creeping across his unconscious conscious and rich in melancholia. Glancing around he was drawn up to the plateau where The Black was reared up on hind quarters unfurling huge six ribbed wings ending in curled talons. Webs of weathered skin spread out over them leaving the horned tips protruding at the rear. It’s neck stood proud and layered with scutes whose edges shimmered in a purple haze where the sun reflected. It was the eyes that captured Wayland; for these were settled upon his.

Extract from “Letters of The Amanuensis – A Chronology of Events – Private journal.” Edited.

I’m looking at parchments describing a battle, treachery and annihilation. The solution must be here. It has to be. Dragon Stones join the dots, but where are they all?

Two. There are two found. A black and green. Hard as obsidian and glowing in the hands of those joined to their beast. The blacksmith has one and a wizard another. Black for the blacksmith and The Black beast. Figures. But the green glows not. The wizard has yet to find his dragon.

I believed they were all long gone. The dead fields glow white in bones when the sun rises. Man, elf and beast together. I must know what the wizard seeks and where the Smith lies. I will try to commune with The Black. It is dangerous, but I must know.

That was foolhardy. The beast is neither dead not living. It is a relic out of time and space. Despite my protections, it…

I must know. Why is it not gone like it’s ancestors? Why is the Smith connected? I must explore his trail more. The wizard too. These stones are powerful and remain undocumented.

The Amanuensis rested his head upon hands that were locked together. Beside him the parchment used to commune with The Black lay withered and scorched. Unreadable.

To his right, in another pile of notes, rested scripts waiting to be examined. C for child. Another piece in the jigsaw. The innocent who should be dead, living in another world.

Atop a cliff, some leagues away, The Black saw the man crouch down and stare into the dragon’s eye. In that moment it saw more of the mind inside the flesh. Haunted and split in two worlds.

Locked doors hid memories the Smith was no longer seeing. The dragon knew the man was dead in the other place and walking this one with purpose, and not knowing why. Muscles flexed along its spine and Stygian wings unfurled with the rise of head as its maw moved side to side tasting the winds. Death and silence still reigned in the lands this side of the forest barrier, even now after so very long.

The beast knew where Wayland was travelling; he had the Eye after all. Picked up off his slain rider at the end of days when dragon kind was swept from the world. None but The Black remained and he was as dead as the Smith in another world. A shadow lingering in the wastelands haunting those that bled through in death. Lonely in vigil over a once sacred place that now housed the remains of the past.

Ethereal white fire filled the sky in rage and anger. The Smith was safe as long as he bore the Eye of the Black.

Rose reached the staff room, sat down and began rocking Emily. It was deathly quiet. From his office the Head made the worst phone call of his life, staring out of a window overlooking Norton Road. He could hear the sound of sirens drawing closer, see students, staff and parents in bits all over the playground. He knew in his staff room there was a child that had just witnessed a horrific accident involving not just a friend, but an identical twin sister. For some reason he also knew she was dead and the rush of paramedics to the scene was not going to change that.

He also knew he would not work here anymore.

Extract from “Letters of The Amanuensis – A Chronology of Events – The Twins.” Edited.

As I looked through time an event became clear. Focussed and entirely wrong. It destroyed a family, a man and created a paradox. Twins separated by the skin of two worlds touching. Something has gone very wrong and a darkness is spreading. The dead man screams in dreams, a witch queen has escaped and a dark sorcerer tries to unlock the door to the human world. I must know more.

Are you dead girl?

Would that be Emily?

“Please tell me, I need her to survive.”

“You’re mean and I don’t want to talk to you anymore.”

The girl is a child and she cries.

Fingers flicked the edge of a page. The candle flickered, momentarily, but not unnoticed. The Amanuensis looked up, his head not moving from where it lay beneath a dull brown hood. His candles never quivered, never burnt dry or extinguished. Something had reached in.

Girl, are you still there?

Chloe, dead in one world and alive in another.

How did you die?

“Him… it… the cloaked man thing. I don’t really know really. I was there one minute and a van came and then I was here.”

Did you see him?

Can you describe him?

The Amanuensis stood and placed his hands upon the dark oak before him. He read the rest of the entry to himself. It was not pleasant. Two worlds, two twins and two sorcerers. This necromancer and a witch queen that fled.

He shuffled his notes looking for the original manuscript bearing the full account of the tragedy. Written by an unskilled Scribe, an acolyte too shocked to care for such things as good word-craft. It was raw and desperate. Clues lay within the parchment. The candles flickered again. A sign he thought true. Ripples in Time were growing. At the top of the page were the words…

Unseen his brow furrowed in thought. Dragons and blacksmiths… a third world gone wrong. And the connection? He sat down again drawing more parchments towards him.

It was after the following summer half-term before Emily bravely entered Houghton Lower School again. She only did this for one week, and never moved from the desk she once shared with Chloe. Her hazel eyes no longer rich in the vitality of life once commented on in the staff room by the now missing Kelly Norris.

No longer was there the infectious smile and witty banter. In fact reflecting back Mrs Smythe could not actually recollect hearing her say anything at all. However, it was the child’s eyes that scared her the most. They were truly haunted and in a different place. You could look into them and see the depths of an abyss from which you might never escape.

It was the saddest week Mrs Smythe ever endured.