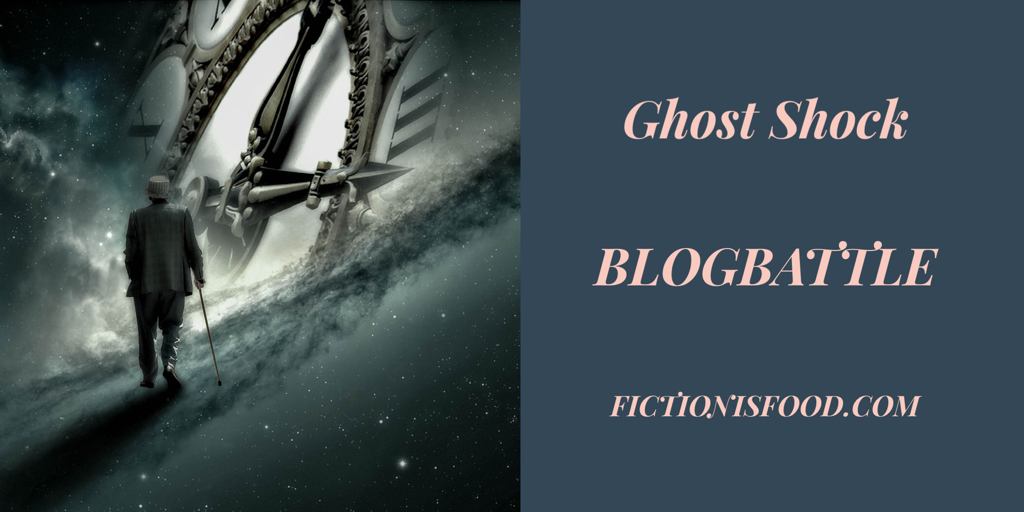 “The trick with dimensional coexistence is that time runs differently between planes. A traveller might thus appear out of chronological order…” The Book of Chronomancy: Jeremiah DeLalande.

September already and this months word is “Shield.”

This is another tester for a sequel to an unpublished book called The Assent of Rose Marie Gray. This means it’s more of a scene rather than an actual short story drifting rapidly from beginning to end. I’m not even sure it belongs here or not, but does draw on shields quite a bit.

For those wondering what or who Jeremiah DeLalande is, then he’s established in another WIP as a historical figure with many books on subjects of magical lore. A lecturer and conjuror belonging in another realm inhabited by Yish, Naz, The Amanuensis and A Prison of Ice. Many have featured as previous blog battle short scenes.

Why is that excerpt necessary? Dave is unmarried here and has never had children…

Rain fell upon a man kneeling before a tiny grave. It dripped from the rim of his cap as he replaced old flowers with new. From a distance he looked older than his years. Not by looks, as these were hidden behind a Council bomber jacket, but by the trembling of hands as they went about their work.

“Does he always do this every Saturday morning?”

“He does now. Ever since we moved house.”

The girl stared at Dave. Watching every move. Riveted by his actions even though she’d seen them many times.

Rose sat next to her. Wiper blades crossing the windscreen on intermittent. Engine idling to keep the heater running and screen de-misted. An earlier conversation about Rebecca lingering unspoken. A later nightmare haunting fresh from last night. Something about a baby and teeth in the night. Another reality bleeding through. There were too many of those in Houghton Fengrave.

Emily sighed. “He continues to blame himself for the accident. Heck, I did for two years.” She paused. “Then things changed. When we went to live at grans everything changed. David promised me he’d keep an eye on my,” the word stuck in her throat, “sister.”

Rose felt tears close to falling. Years don’t stop hurt, they just manage it better. How long had it been since she’d carried Emily away from the van and the mess in the road?”

“It’s OK Rose.” Emily took Rose’s left hand in hers. A comfort gesture that wasn’t missed. Unlike the tear that had decided to fall.

Rose looked away from Dave, “His what?”

“You know, something that protects you from hurting or guilt. A wall in the mind that gets put up brick by brick until the hurt is manageable.”

Rose knew about those. Her own had collapsed not so long ago. Crumbling a tower that had locked her up in a safe zone while everyday life went by at a distance. That was where she’d found the impossible teenager. The coma girl. Rebecca again.

“Is that what he’s doing? But why such attention to detail in this weather? He works here, so could do this anytime he likes.”

Emily looked back at the grave tender. “It’s more than that with him. It’s a promise and a schedule. He talks to her too.”

Rose thought she understood that. Talking to an imaginary person from the past often had a therapeutic value. Kept them alive and not consigned to distant memory where images faded. Then again Whitaker used to say that wasn’t very mindful for a healing mind that had lost its path. So much for therapy.

“He’s very sensitive behind the facade.”

Emily glanced sideways. A wry smile crossed her face briefly. “I’d forgotten you knew him better than most.”

Rose wiped her cheek. “Nothing stays private in Houghton does it?” It drew a brief pang of a different pain. “It was never serious. He always seemed to belong to someone else.”

A quip, or poking fun? Rose wasn’t quite sure “Its stopped raining, shall we go retrieve him?”

“No, lets go to his cabin and put the kettle on. He’ll go there once he’s finished.

Emily interrupted, “Yes, it’s not the first time I’ve chewed the fat with him in there.”

Another window, this time from inside the lodge. The view of graveside was even better than from the car.

Emily stood beside her. “He arranged that plot deliberately to coincide with the view from here.”

“Isn’t that bordering obsessive or even macabre?”

“You mean like this?” Emily took her hand away from a mug. On it was printed her name. The coaster underneath it was printed with a kingfisher. “He even has one with Chloe’s name in the cupboard.”

Symbolism wasn’t lost. “Kingfishers, that was the school class name you two were in before…”

Emily nodded. “He bought the mugs just after. At first I found it creepy. A man I didn’t know outside of the school lollipop man. Whacked in guilt, not knowing quite why. A grave set so you can sit here and watch it, mugs with our names on and coasters of our school class.”

This was all new to Rose. Creepy didn’t do it justice. This was something else. “And you are OK with it?”

“A lot happened to change my mind.”

It would have to be. Then again the Dave she knew was a haunted man on a good day.

“How complicated?” Something stirred in her mind. Rebecca again. What was it she had said in the cafe? “I believe you know my friend…” The unspoken conversation lost in trivia. Ghost shock as she was want to say. Twins for you. One stuck in time in a plot outside, the other here beside her. Something inside was saying “Stay away from all this.”

The door opened. A soggy groundsman walked in. “Ladies.”

The smile was back. Rose felt it spread unconsciously across her face. Despite the new intel she still held him in high esteem from before.

He held his arms out. Rose almost moved into them, but was beaten by Emily. Dave wrapped his arms round her and kissed her cheek.

Rose felt the smile fade. Creepy was back. No wonder she wasn’t phased by the mugs. Did her parents know?

The embrace broke and Emily saw the look on Rose’s face. So did her former paramour.

“I told you it was complicated.” Emily was close to laughing.

“You were supposed to tell her…” he glared at Emily. “Rose, it’s so not what you’re thinking.”

“And what, pray tell, am I thinking David?”

“The obvious and the worst by the looks of it. Sit down and give us five minutes.”

“But it will only take one word.” Emily glanced from one to the other.

“Like I said, it’s very complicated, highly unlikely and requires an open mind.”

Dave interrupted. He’d seen the Rose look before and knew trouble was close. “Rose, this is one of my grand-daughters.”

Ghosts of the Past. The first trial with Rose meeting Emily.