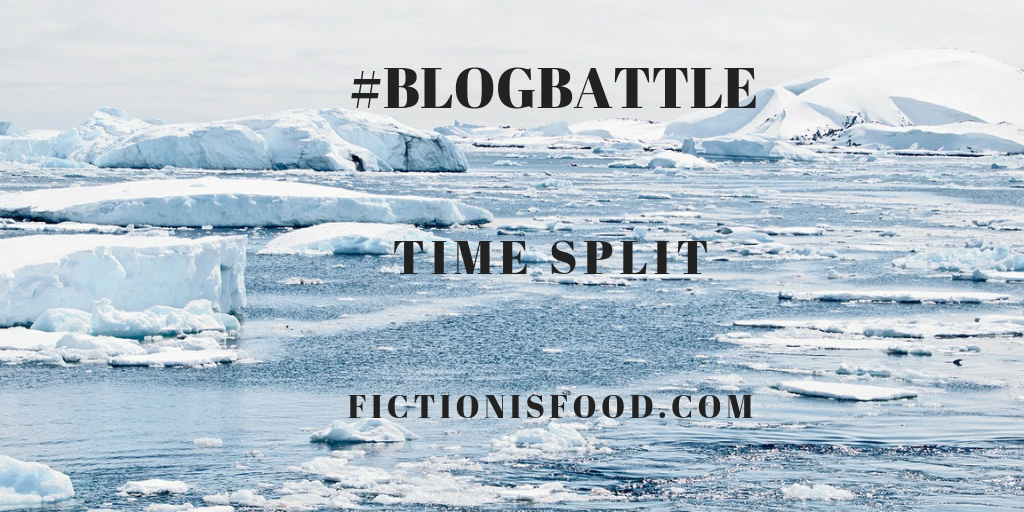 “Chronomancy is forbidden. It is my belief the elder mages corrupted time, spitting it in the past and in doing so destroyed their future.” Jeremiah Delaland, Thaumaturgical Archaelogy.

BlogBattle has begun. This months word is “Loss.” I often use word prompts to explore writing before deciding if there’s enough backbone to continue. This is no different!

Previously in Cave an elder portal separated the elf sorceress Yish from her companion Nahir the dwarf. Yish was thrown through worlds into the real of Dragon Stone. In Flower we fell with Yish.

This is one part of many in an a journey through the world of The Amanuensis, lost civilisations and temporal displacement. Back story relics that will become something bigger.

Nahir wiped water from his beard while staring across a stream at trees devoid of summer.  Cold, fresh and likely concealing a trout or two. Thirst slaked he sat with his back against an old oak drawing on a pipe with the last of his leaf.

As Yish had found, the portal now lay empty. Here the cave still existed, but the door he’d been flung through was closed. An hour searching had not revealed anything that might open it again. Unlike the sorceress his knowledge of mage law was rubbish. Mining, ores and rock he knew well.

That made him smile. Stereotyping at its best. Rightly so though, his mind admonished, most of my kind seek riches deep in the earth, forging steel and digging into places that were best left alone.

“Aye, and how many doors in the depths have we opened and then regretted?” Spoken to no-one, a self-reflective sigh.

Still, what interested him was related to rock and earth. It was for that reason he’d first found a great friend in Yish, except she called it thaumaturgical archaeology.

“Think of it as digging up old stuff,” she had once said, “put there by a civilisation that existed thousands of years before us.”

His reply, “I’ve dug up old stuff before and most of it was unpleasant, dangerous and downright nasty.” He almost swore, but she didn’t like that, so he’d stuck with nasty.

Now it seemed scratching on the surface was dangerous too.

He should be Amanuensis by now, tell him I love him.

Her last words as the elder portal sucked her away and threw him here. Wherever that was. Why has he not paid more attention to wizardry before taking this on?

“Consider it an honour to be researching something the Guild Masters have long forbidden. Visiting known places of the elder civilisations and actually entering some. A voyage of discovery, if you like. Record everything and touch nothing that shimmers. Leave that to the sorcerers.” So said Delalande as they’d set off to the nearest Cromlech.

Long ago that seemed now. Standing he realised time was wrong. That was the part that had been nagging. He should be Amanuensis by now. Future tense spoken out of the past. Then it clicked, summer had waned and what he was viewing resembled onset of winter. A few months maybe ar worst.

A last glance at the cave, pipe stashed and axe resting on his shoulder he turned toward The Keep. No expectation their horses would be where they were before the portal hurled them through time and space.

The trail became progressively harder. Not onset of winter, but deep in. Worsening as he moved ever closer to home. Ice and snow ramped up against hedgerows. Blown into drifts and then locked by temperatures he’d never felt before. Branches poked upwards like skeletal revenants. Deep in hibernation or dead, he knew not. He leaned into the wind and struggled on. No tracks, animal or human. No signs of life at all, just a barren white landscape. The nagging returned. Nothing felt right, even the air tasted sour. Burnt, scourged earth deep underfoot topped by a white blanket.

He closed on the ridge behind which The Keep lay. A fortress citadel resting on a valley plateau surrounded by lakes. Older than time some said. An elder bastion rebuilt and home now to all he knew.

He heaved up the last few steps and rested on his axe, beard freezing where breath had condensed and formed miniature icicles. He stared long and in disbelief. One tower remained intact at the centre of ruin. Guild building left ragged, stables destroyed. Even the bridge connecting land beyond the lake was scarred, interred in snow and leading to a gatehouse whose outer portcullis was missing. Great oak doors of time immemorial handing loosely. Of the outer ward only the gatehouse and neighbouring walls lay in ruin. A crack through which what, he thought, what could do this?

Despair washed over him. A deep sense of loss gripped his innards.

His mood fell further as he trudged across bridge and through toward the inner gatehouse. Drawbridge down, he paused, that wasn’t right. Turning he studied the outer gate. Not burst inwards, but outwards. Not possible.

His axe subconsciously rocked in his hands. Nothing moved here. Even the wind had died. Silence of the grave.

Then he saw The Keep. First as ruin, then a shimmering haze and a vision of it intact. Fluxing between the two through something that reminded him of the portal. Drawing closer he found it enshrouded in a barrier. Translucent, but there. Squinting, he could almost see a mauve tinge to the shield.

Elder magic. Of this he was in no doubt.

Why or what had happened did not hold the same certainty. Ruins without the dead lying asunder. It was like the ancient vestiges of prior civilisations. Empty of life and eroded by time. Haunted by ghosts only. He shivered, it was cold and night was creeping in. It would be spent under the eaves of a Guild House that hadn’t entirely crumbled. A fire for comfort found by scavenging brittle timbers preserved by the ice.

He spent it huddled round the flames, staring at fingers of fire and dreaming in his thoughts.

A voice he knew, “Amanuensis?”

Aye, but it’s not safe here. Winter consumes all.

I’m not certain, a war, a chronomantic treason.

“Enigmatic as ever wizard.”

Something in The Vault created a temporal prison.

“Quite,” the dwarf looked without seeing. Visions rippled in his mind. Shouting, weapons clashing and explosions. Burning and death filled his nostrils and screams. Sickening screams as a shadow crossed over the battlements breathing fire.

“There never were dragons in our world wizard.”

Chronomantic treason. A displacement portal. Who and why I have not yet discovered, nor why I am locked inside a sorcerers bubble in the upper wards of The Keep.

Outside dawn was creeping.

“But Mortain and Delalande, they must have been collectively powerful enough surely.”

To protect The Keep and me with it, no more.

Time is short dwarf, go back into the cromlech. It holds elder magic that will take you back.

Back in time, to her. Wait by the elder portal and she will come back.

“And you know this how?”

Secrets of the title, dwarf. I am keeper of the Library of Time.

“Like I said, enigmatic as ever old friend. She sent you a message,” Nahir paused awaiting a reply. None came. “Yish said to tell you she loves you.”

Light began to spill into the courtyard outside. Naz blinked, roused from a daze. The fire had died and cold spilled over it.

There were no more words.