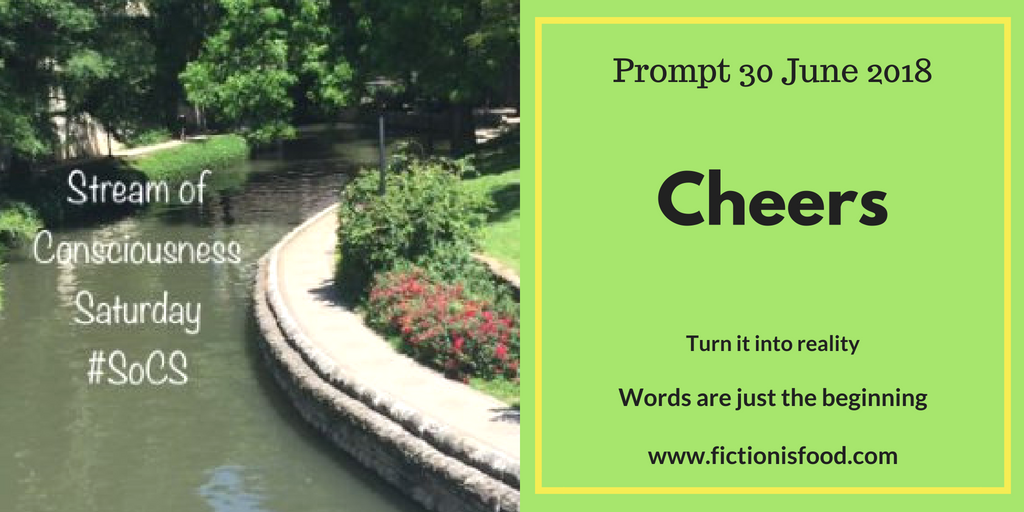 Many of the participants I already know through other groups and blog connections. As a writer I thought I might use this to explore back story for a new world that might become the origins of a novel at some point.

Dhampyr is my preferred usage. The creature is Balkan in folklore origin, but persists in many countries. I often draw on myths or legends and bend them to my own use. Quite how the word “cheers” is going to feature is anybody’s guess right now!

“What are you?” The sanguisuge leered at the sorceress before him.

Never had anyone failed to tremble or give up their gaze knowing the end was close and likely to ebb as blood flowed. This creature stared him down. Held his gaze. The hypnotised hypnotic.

Speak fiend. The words crawled through her mind.

The witch remained silent as her eyes bore into the vampires mind. Ice flowing through it’s skull. She felt panic and terror inside a beast that didn’t know it. Or had forgotten it’s meaning somewhere long in the past.

“Have you any last words? Regrets? Confessions? Anything vampire?”

He flowed forwards. Yish didn’t flinch, holding her ground. Their eyes remained locked in a battle of wills that the ancient undead was losing.

Yish curled her hand around the claymore resting in a shoulder scabbard. The vampire broke his gaze as she drew the edge upwards. Uncertain he moved back.

“Bastard am I? What would you know of that.” The claymore sat partially drawn.

He moved around her, swirling in partial mist blending with shadows flickering in sconced torchlight.

“You came alone. Is foolishness also a trait?”

Yish drew the claymore and slashed downwards. The mist solidified and the vampire let out a howl as an arm fell to the floor.

His eyes flared and a snarl ripped across the vampires face.

She held the bloodied sword blade against his neck. “Aye, it is me.” She spat on the floor in disgust, a habit subconsciously picked up from the dwarf, before adding “Father.”

Nahar laughed, his dwarven frame rippling with mirth. His fist slammed into the oak table he was sat at. Plates rattled with the impact.

“What did the beast say to that then Yish?”

The sorceress drank from a goblet. She was used to wayfaring inns and this one was homely, not luxurious. A fire, good company and hosts that knew when to listen and when not to.

“One word that explains much.”

”Which was?” The Dwarf recovered his composure and poured more ale from an earthenware ewer.

“Then you hacked his head off and burnt the corpse.”

“Yish, tell me the world is one less blood leech.”

The sorceress smiled and raised her goblet. The dwarf reciprocated, knowing she was stalling.

“Cheers Nahar, may your days be long in number.”

For reference, this is not the creature that lies in state in last weeks catafalque!