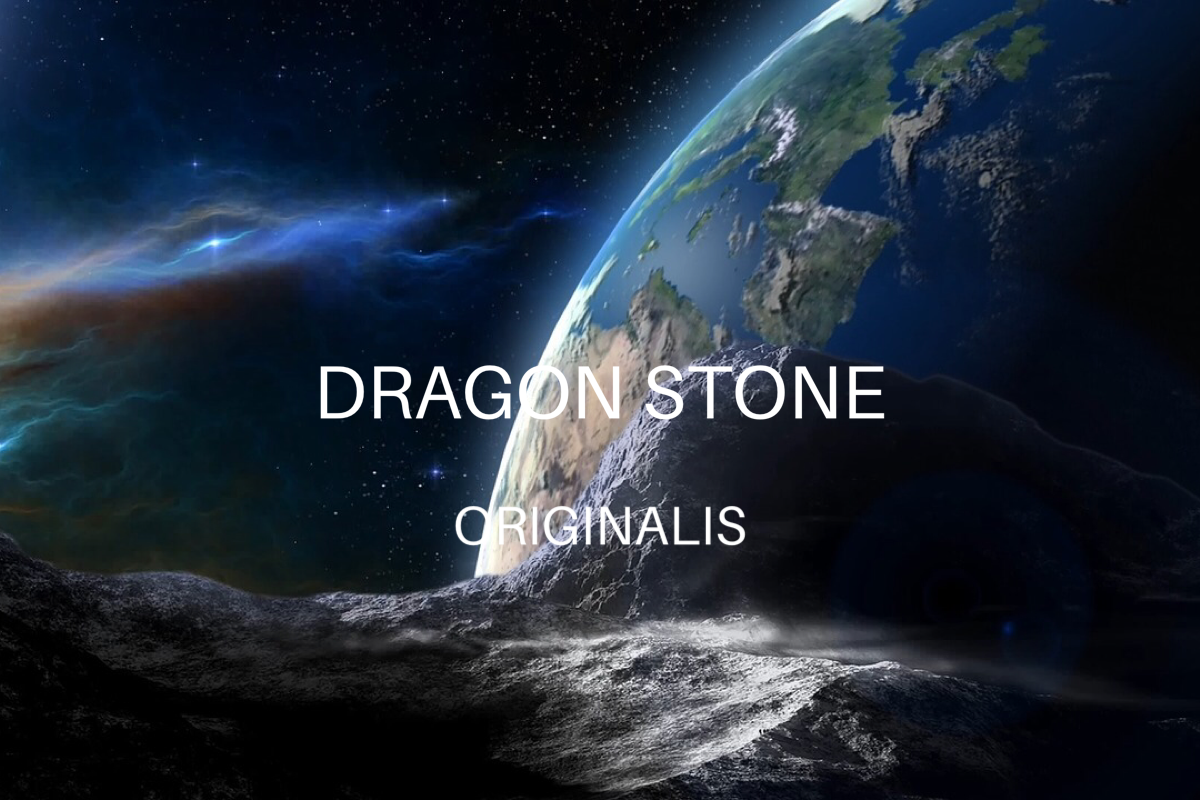 When the sun sets before nightfall and mist flows like blood, it’s too late to run.

A few months ago I dropped two posts to test another project. They were brief. While I am pondering the brothers Carmichael and where to take that I thought I’d reintroduce Wayland in a fuller context to see what you lovely people think. The excerpts below are part of this, so apologies if you have read these before. Here they are represented with the full context around them. The working title is Dragon Stone. It is unlikely to remain as that because it is part of a much larger tale with one book already preceding these events.

If you want to see more then please refer to the blurb at the end, and please feel free to share any of my posts. It will be hugely appreciated!

Within a cavernous manse, deep in the bowels of another world, caldera rumbled in the distance. Disturbing the sounds of emptiness that stalked the myriad halls and subterranean tunnels. Arcane torched sconces un-illuminated the darkness; sucking them dry of light, turning the gloom into something denser than night itself. The airs oozed un-life and despair. Enriching the labyrinth with a deep, melancholic edge that would make men turn and flee in terror, seeking the exit to leap off the cliff and fall upon the rocks below to join the dead, bleached skulls below.

In an ante chamber It stirred. Within the weave of a death shroud shapes moved; fluxing in and out of reality. Dead souls locked in collection. Inside the hood what passed for eyes gazed upon the scrying glass perched on an alter. Alongside, two ancient candlesticks burned the same black light that radiated nothingness from the sconces outside. Eyes swirled within the hood, forever spiralling inwards like some miniature galactic whirl whose epicentre was a black hole from which nothing escapes…not even light. A gnarled skeletal hand emerged from the Weave and caressed the Glass. It responded by misting and slowly revealing the World of Men. A yard of the dead, cloaked in fog drifting atop long forgotten tombstones. Elegies corroded in time and inhabited by lichen or moss.

The mind commanded and the Glass responded. Searching the stones and finding a long dead tree. An owl sat vigil. It’s neck rotated to look back at the glam. Two large yellow eyes looking into the heart of the galaxies in another place. Petrified branches cast moon-shadow onto the unhallowed earth. In a box underneath something stirred screaming in insanity. A mind lost in centuries of neglect inside a coffin that was rotting into a desiccated mouth lying within. Dead but not dead. Existing in total blackness with nothing sensory to grasp except the confines of wood. Nothing to see, nothing to hear. Endless unanswered questions.

By the alter the shade convened the Trinity…

The time is now.

The hand curled tighter on the Glass, and beneath the owl a stilled heart was squeezed as the necromancy began.

Three hundred years before this turn of events, Wayland Ferrars walked the woodland path with Tara Spinlow. The elders told him names held power, and his meant blacksmith harnessing the supernatural to furnish steel with uncompromising supremacy. It was chosen to bring strength and prosperity to the family trade; “Can’t do no harm lad,” they said.

Tara meant many things long in the future until the Tara Halls, where bards once sang of ancient deeds and heroes, became ruinous in neglect. The Spinlow’s lineage tarnished and sank in the witch trials of 1645 when a descendant in a time yet to come, Sarah, was found guilty and hanged. The oracles of old spoke of names that delivered these destinies.

In this time and place the world turned differently. The long haired blacksmiths apprentice strolled hand in hand with his inamorata down a path they oft trod as dusk settled. It was fresh into autumn with leaves turning to reds and yellows. The last warm rays of sunlight hurled shadows long and romance filled the minds of the lovers as they walked.

Wayland was pensive. Tonight was the one. He had secretly sought her father’s consent and was building to ask Tara for her hand in wedlock. The trail was leading towards an old folly that held a well where couples tossed trinkets to bring good fortune. Everything was finally falling into place. He was certain of a yes. The air smelt of summer’s end. Fresh after light rain that finished before he left the forge to clean up and collect his fair lady. The folly was round the next bend, nestled within a stand of trees that curled round as if shielding it from danger. To their left, the path dipped sharply down a steep incline toward a meandering river that fuelled the mill further downstream. This was fronted by its flood field that would take on winters excess if rains came heavy. It was this side the sun was dipping from. The right harboured the wood proper. Lively by day and full of glowing eyes at night. Wayland had never seen a place so populated with owls. They seemed to be everywhere.

“Yes?” He looked down at Tara. Not by much, three inches at best, and gazed into her face. Your eyes are truly beautiful in this light.

“Will we grow old together do you think?”

Has her father said something? “I would like to think so.”

He brushed her auburn hair from where locks dropped provocatively across her forehead and tumbled down her cheek.

“What makes you ask that?”

Tara stopped walking and turned to look out over the river.

An arm found it’s way over her shoulder.

She looked deep into his eyes; hazel with tiny flecks of red. They always seemed so confident and filled with courage. Except today she knew he was distracted.

Wayland gave a cautious smile; something was bothering her.

“What makes you say that?”

“Nothing and everything.” Tara turned away and stared into the forest. “You didn’t answer though.”

Go to her, fool. Wayland gently spun her round. Feeling the warmth as he drew her close. She was trembling and pale; like she had seen a ghost…or worse.

There were tears welling in her eyes.

Wayland felt it best to abandon the plans for the folly and draw them forwards. Clearly there was a most urgent matter burning inside her.

“Your father gave me permission to ask for your hand.”

Her eyes locked onto his.

Not quite as expected. Undeterred he knelt on one knee.

He watched as her face fill with a radiance that moments ago had failed. There were tears now also but this time the cause was different.

Wayland smiled internally. Always she could draw things out. Play him like a fool, make him dance and laugh. She was his drug. How could this not be known to her. Placing a hand on one knee he looked at the ground and spied a small daisy. Marvelling at the white petals offset against yellow. Such a small thing and yet rich in understated beauty. Rising he stood before her like some child fumbling in front of a girl before conjuring the courage to as her out for the first time.

Tara leaned forwards and kissed him briefly before resting her forehead against his.

“What took you so long to ask?”

His face reddened and the fumbling boy returned. He looked back to the daisy.

Fingers under his chin brought his eyes back to hers.

“Remember this well. If you ever have questions or concerns I will always be there to listen. There is no need to be embarrassed on my account…ever.”

Her smile was the prettiest thing he had ever seen that day, that moment. The boy withdrew and the man returned.

“Have you said yes then?”

She laughed softly and threw herself against him.

No-one noticed the daisy petals grow black and wither on the ground below before Wayland’s boot stepped onto it.

Locked in his arms he could feel her breathing. The rise and fall of her rib cage; her chest crushing against his. It was his turn to ask a question.

“What was in the dream that disturbed you so much?”

He felt her fingers tighten.

“I was in the dark, running from something and you were gone. Then I was imprisoned and they told me it was your fault. That you never loved me and I was being turned into a monster.”

It all sounded absurd given the circumstances; wrapped, as she was, within his arms. She dreamt all the time and occasionally this left her with deja vu.

“This one was about tonight. I simply had to know that you loved me in case it came true.”

Wayland kissed her for the last time.

“Tara, I have always loved you and cannot see a time when this will ever stop. I cannot imagine a life without you. I could simply not exist. You are my world. Without you it would…just be unthinkable.”

Her head was on his shoulder. He could feel it growing damp and knew she was weeping. Something inside his mind was screaming get her away from here; she has the power of foresight. He shook it off, but the pounding in his chest would not let go. Instincts were generating fear. It was now dark. Time had flowed fast and the sun was beyond the horizon leaving an orange glow in the wisps of cloud that drifted beyond the river.

They were now side by side, holding hands and watching a growing mist begin to stir on the river. Behind another fog was creeping unseen along the path. With it came disquiet. Insects fled or died, birds were absent and animals beyond reach having sensed things were wrong some time ago. Only the owls watched on.

The river looked creepy in the after light with mist overlapping the banks and spilling into the fields. From up on the path it looked like ground clouds moving ever onwards.

Behind the fog continued to flow. It was more than just the daisy that curled and expired underfoot. Ghost lights flickered in the forest as the temperature plummeted.

He turned to look at her

Was all that came forth before something unseen heaved him off the path and sent him crashing down the bank toward the flood field. Tumbling he heard an ungodly scream, and knew this to be Tara. Around him the dark landscape turned and wheeled, until his head found a tree stump and the dark became black.

That takes the tale through two steps of eight. A chapter if you like. Like many of my blog rambles, it is pretty much raw and requires fine tuning. As King extols, bones from which fuller excavation can reveal more. The links above drop into this tale three times deeper in.

The creature at the start is a long standing villain, originating as an RPG character long and long ago. Anyone who gamed with me back then might recall It’s name. I am yet to decide whether to axe that part.

As mentioned in the introduction this and a few other explorations are part of a much bigger work of fiction. Whether this makes the final cut I know not.

Question is, what do you think? More from this, axe it, go back to the brothers Carmichael, something new?