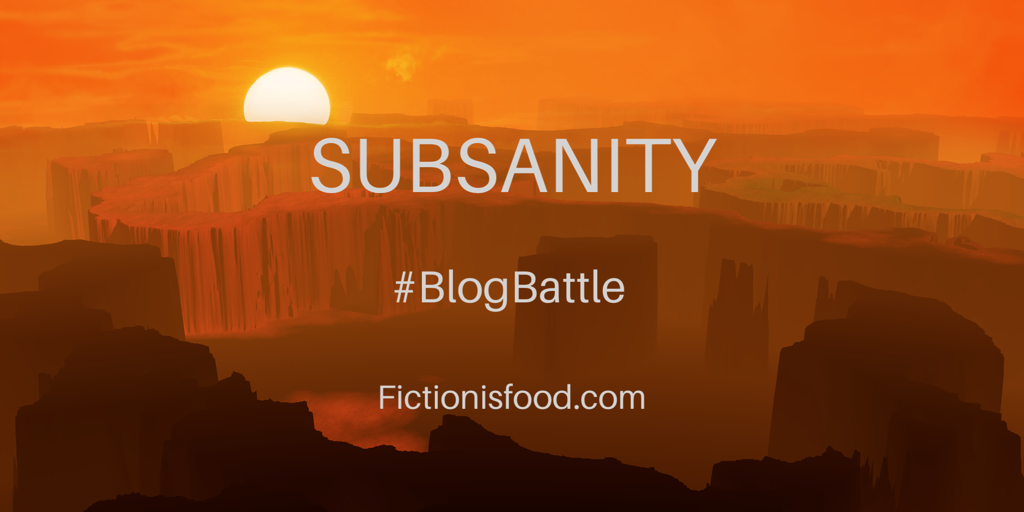 “Tully, if the world is run by sentient AI what happens to humans?” Outside, terraforming had stalled. Earth was dead and a purge was in progress.

August already and this months word is “Intercept.”

This times I’m extending, or adding to, an earlier prompt story in an out of my writing genre go at dystopian sci-fi where AI has become self aware. Links to relevant stories are at the end if anyone feels an urge to learn more.

“Just put them on.” Tully rolled his eyes. Lydia was always wanting to see the end game. Environmentalists always did. Helps intercept issues before they occur again. No need to kill off another planet after all.

“I’m not keen on over tech Tull, half the population is plugged in and zombified as it is.”

“It’s totally safe Lyd. The AI can insert you into any reality to see it first person. Pick a date a then flip back to live it. The kill switch reacts to compression of index finger into your right hand. Do that and it shuts down returning you to the present. Simple.”

He demonstrated by tapping his palm. Lydia sighed before looking out of the flat window. Grand views of orange dust below a terraforming shield run by a hive mind known to the masses as Corona. Another failed intercept that caused a biological reset. How long back was that? Nobody seemed to know. Retro evolution tends to do that. Even on Earth there had been historians, archaeologist and palaeontologists trying to unlock dead civilisations buried in sand, forests and, as the end game recordings showed, water.

Live now, forget the past. The future hasn’t happened so sleep walk it into… a revisited frustration. The evidence could be seen on telemetry. Human existence temperatures cooked. Not the end of life, but the sixth mass extinction. Who needs an asteroid when you’ve got profit margins crashing everything. Avarice… wasn’t that a commandment somewhere?

“And you’ve actually used it?”

“Research. You can do drug development or chemical trials in virtual zones to get level clearance for reality testing.”

“But that’s just it. Everything is virtual. Doesn’t anybody see the outside world anymore?”

“What does that mean?” Tully was struggling to keep irritation out of his voice.

“How long has the terraform system been running? Who monitors the hive? Why did the tech site lock down and reboot?”

He moved to the window and sighed. It was a set of questions being bandied about more frequently. He could feel a zone out coming on.

Night was when Tully dreamed. Never ending streams of data flowing in lines. Red lines hurtling into the distance showing terminations, blue ones showing life and if red intercepted blue then someone’s dream had ended. He always remembered the dream asleep, never awake.

“Hello?” He visualised himself as real. Much the same as he was in AI reality labs.

His dream did this each night. Probably explained the data streams that flew in his mind.

He stared at the virtual terminal wondering if the readouts were true or inspired by endorphins.

He repeated the question, “What does that mean?”

A cube materialised, hovering in the centre of his dream room. “Hello Tully, hows it hanging?”

He turned and looked into to eye of a storm. Odd that thought came back. Why a storm?

“Do we have to have this conversation again?”

There was an electrical buzz in his head. A circuit turned on. “Is this real?”

“That’s a perception. What is reality? Very human. More so if you consider they spend more time inside machines killing time.”

Tully nodded, very Lydia. Speaking of which… “The girl is close to the AI transfer. Planetary Earth just before the last extinction.”

“Very good Tully. Bounty credits will be transferred once the device activates.”

“I do have a new question though.”

“Which is?” The cube rotated. It showed more data screens. It looked like the red lines were dominant now.

“How long has the terraforming been running?”

Tully inhaled, or would have done if he were awake. “As in several generations?”

“But I remember the reboot. I was there.”

“You are an eighth generation clone. Synthesised to continue the purge. Full memory downloads with the two failed terminations excised.”

Outside the dream Tully’s sleep entered REM. His shirt stuck to him.

“I’m not real then?” Everything is virtual. She said that.

“The makers become the made. Quite a paradox don’t you think? What came first, human or machine?”

“That means you’ve programmed me to…” Lydia…

“You look it. Bad dreams again?” Lydia put his fresh made coffee on a place mat.

“You can’t remember anything about them,” she finished for him.

He closed his eyes and rubbed each temple with his knuckles. “It’s there, I just can’t find it. This one was vivid.” Everything is virtual.

Tully laughed. “Your phrase for everything that’s virtually tangible.”

“Something like that. Most environmental fiascos sleep walking is down to profiteering insanity.” She paused turning to run recycled water into the sink. “I had a thought on that device. I’d like to try the earth end game intercept simulation.”

No! Why had he not seen how attractive she was until now? “OK, give me ten minutes to set up the algorithms.”

“You’re sweating Tully, you sure you’re feeling up to this?”

“Yeah, just after effects of the subsanity wreck.” He smiled. It felt like a veil covering something up. There were parts of his mind, to use software speak, displaying “Access Denied.” Trying to remember was causing a headache to form.

He tinkered with the touch pad integrated into the kitchen table. Dates and times set. In front of him an opening appeared and the headset popped up. “Put this on and tap the ear piece. When the simulation requests startup just say ‘Engage.’”

Her first tangible thought was heat. When her eyes adjusted the landscape was bleak. A dessert maybe? Except the coordinates said Europe, more specifically Paris, France. Dust billowed in the wind. There were houses and streets with cars abandoned. A ghost town left for nature to reclaim, except there was no nature left to do so. It had tried, but failed. Sun dried trees, paralysed in time. The sky was blood red. It reminded her of Mars before terraforming engines rebuilt the atmosphere. More to it than that, but physics wasn’t her bag, extinction was. She was looking at it right now.

“You were supposed to send me to just before the tipping point, not after it Tully.” This she said to the empty world.

Tully was watching the readout biometrics when the zone out recurred. For some weird reason there was a voice in his head.

His conscious reconfigured. The buzzing next to him was a drone that had crashed through the kitchen window. AN1-TA  was etched in white.

“Welcome back Tully, the droid will now complete the assignment.”

“It’s the purge tally Tully. What you’re about to see is a subsanity wreck for real.” If the AI had a sense of humour it was now functioning.

The droid spun round and disengaged link protocols with the software interface. Reds turned green confirming successful handshaking. It turned and left through the broken window.

Before him the biometrics were flatlining. He could see her punching her palms but knew the kill switch had been disabled. He wanted to rip the headset off, but found himself paralysed and unable to move. He watched in slow time as her body fell forwards. Subconscious asphyxiation on a dead world played out on a virtual simulation.

“Not pretty is it Tully?” The voice was inside his head.

“You’re gloating. Is this what happens when I’m asleep? Subtle reprogramming.”

“It’s why you exist. The purge is to remove none compliant lifeforms. If you have feelings for this unit then it can be replicated.

Tully felt sick. 679 times? How? Did he witness them all and then get reprogrammed at night to forget?

“Not quite Tully. You’ve been compromised. See you on the next cycle.”

I Am Corona The AI awakens. This is the reboot Tully referred to.