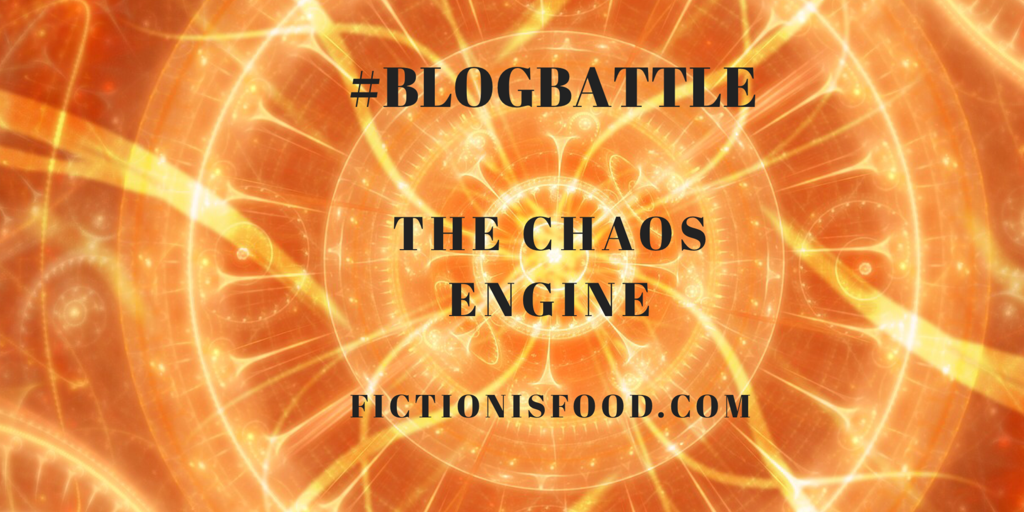 “Love is a powerful bond. If it is snatched away by something evil then the resulting madness can be tossed in one of two directions.” Jeremiah Delalande, Book of The Exorcist.

BlogBattle has begun. This months word is “Heart.” I often use word prompts to explore writing before deciding if there’s enough backbone to continue. This is no different!

April saw me complete the A to Z challenge. In it, as I keep mentioning, the Amanuensis was born. He soon developed a character of his own locked in an ice prison where once a thriving Keep existed. His story began with amnesia and figuring out who he was, what had happened and how to escape.

That was the core of an idea whose back story I continue to play around with in flash fiction prompts. So far this alone now comprises some 50,000 words.

Owing to time constraints of my own and promoting The Crux Anthology (shameless plug below as I have a short story in it!) I’ve decided to use an excerpt that connects some of this back story manuscript. Some might know paragraphs from Dragon Stone too.

In this time and place the world turned differently. The long-haired blacksmiths apprentice strolled hand in hand with his inamorata down a path they oft trod as dusk settled.

It was fresh into autumn, with leaves turning to reds and yellows. The last warm rays of sunlight hurled shadows long, and romance filled the minds of the lovers as they walked. Wayland was pensive. Tonight was the one. He had secretly sought the father’s consent and was building to ask Tara for her hand in wedlock.

The trail was leading towards an old folly that held a well where couples tossed trinkets to bring good fortune. Everything was finally falling into place. He was certain of a yes. The air smelt of summer’s end. Fresh after light rain that finished before he left the forge to clean up and collect his fair lady.

The folly was round the next bend, nestled within a stand of trees that curled round as if shielding it from danger. To their left the path dipped sharply down a steep incline toward a meandering river that fuelled the mill further downstream. This was fronted by its flood field that would take on winters excess if rains came heavy.

It was this side the sun was dipping from. The right harboured the wood proper. Lively by day and full of glowing eyes at night. Wayland had never seen a place so populated with owls.

They seemed to be everywhere.

Extract from “Letters of The Amanuensis – Dragon Stone, The Beginning”

The Amanuensis stood once more facing the landscape that reflected his mood. Wind billowed around battlements that once housed thousands. Now it was just him. A relic of a past extinguished like the dragons. Somewhere out there the world continued turning. Here it had stopped. The timeless clock, broken and stationary.

Dragons and elves all running out of time as others moved in.

He felt lost. Thus far the pieces didn’t lock. They spanned eons and worlds. Non-linear events, and yet underneath something was consistent. All worlds connected.

Sighing deeply he frowned as a crow circled like a vulture. Waiting… or watching he could not decide. Change of tack.

He returned to the library.

I think not. You neither sleep nor have visitors.

That you were cast down and thy paramour fell into an abyss.

“Then the dream was true.”

You saw the other world then?

“Yes, my love was being hunted by a black wyvern.”

Aye, in another land.

He is not dead.

“Then there is hope?”

“Hope is eternal, even in the darkness. It has to be or all is lost.”

So you once said Exorcist. Try telling that to the bricked up child, the interred man or the woman surrounded by conflagration.

Spinlow, a witch name or would be in another century. Was this the beginning? He knew where the Blacksmith lay in madness, torn between worlds and carrying a black dragon stone. The girl was never found. As the smith was hurled from the path all traces of her were extinguished.

What dark forces split them apart creating cracks in one reality to bleed through into another.

What happened to you girl?

“Both, it would do my cause harm.”

“Do you even know what that word means?”

“Then do not ask about my fate.”

You knew though yes?

Have you seen more?

“It is why I’m no longer an innocent.”

No longer an innocent… accompanied by satirical laughter. Quiet, but there a disturbing turn of events. Two lovers wrenched apart, one lying dead but not dead , and the other turned…or being turned. Into what and, by what?

That thought took him back to the ramparts.

Winter had gripped his landscape ever since the Keep fell. The horde victorious found battle success short. The landscape turned and those not leaving remained in ice.

Balance, there must always be a Scribe. The bones of the Keep knew this, sorcerers knew this and history bore the scars. It was not the first bloodbath to haunt these walls. Likely not the last either. At least until the worlds no longer needed libraries and magi.

A new acolyte would break the season. A thaw would follow and the order be reborn. It was life after all, birth, death and rebirth.

This was different though. The winter endured, locking him in a temporal loop. Many things across all worlds were spinning and underneath…

Perhaps The Exorcist Delalande knew more after all.

He watched as her face fill with a radiance that moments ago had failed. There were tears now also, but this time the cause was different.

Wayland smiled internally. Always she could draw things out. Play him like a fool, make him dance and laugh. She was his drug. How could this not be known to her

Placing a hand on one knee he looked at the ground and spied a small daisy. Marvelling at the white petals offset against yellow. Such a small thing and yet rich in understated beauty. Rising he stood before her like some child fumbling in front of a girl before conjuring the courage to as her out for the first time.

Tara leaned forwards and kissed him briefly before resting her forehead against his. “What took you so long to ask?”

His face reddened and the fumbling boy returned. He looked back to the daisy. “I, um, was…uncertain you, um…felt the same.”

Fingers under his chin brought his eyes back to hers. “Remember this well. If you ever have questions or concerns I will always be there to listen. There is no need to be embarrassed on my account…ever.”

Her smile was the prettiest thing he had ever seen. That day, that moment, perfection. The boy withdrew and the man returned. “Have you said yes then?”

She laughed softly and threw herself against him. “Of course it’s a yes, you own my heart.”