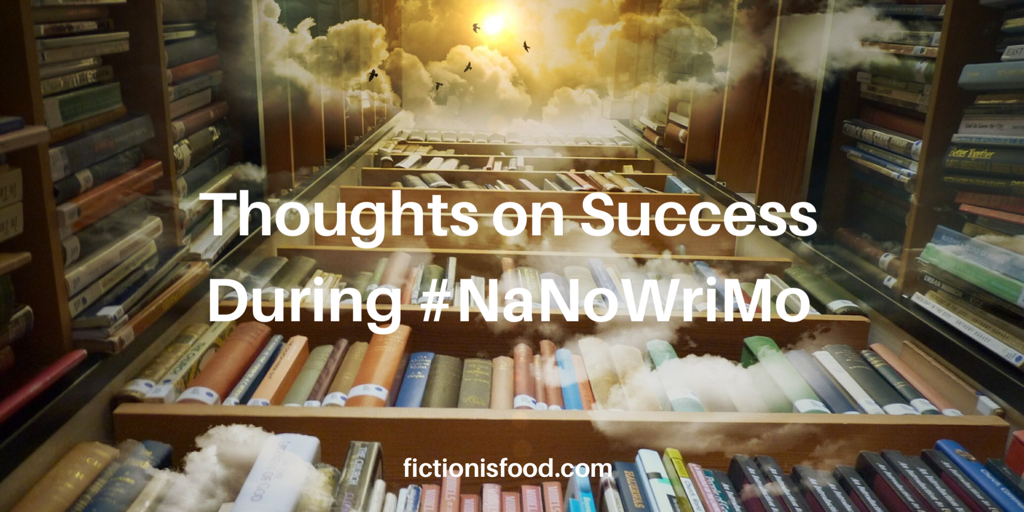 “Let me say it again: You must not come lightly to the blank page.” Stephen King

Authors from all over the globe have one target, to write a book in one month. That’s 1667 words a day. Say it fast and it sounds easy. Sit down and write with and it’s less so. It requires determination bordering obsession. Snatching time every day to compose a draft novel in busy lives is not something everybody will find as simple as it might appear. Clearly it can be done as many, like myself, have proved by succeeding.

But how do you define success?

50,000 words is an awful lot. Many will find it slipping away within the first week. It’s an unforgiving test of endurance. However, it is also a personal challenge rather than a competition. Yes you get the kudos badge for succeeding, but I feel it more important that a writer finding themselves with a draft heading towards a novel of any length has achieved a great deal. Even if the target ambles off into the horizon by week two that is no need to give up. 20 or 30,000 words is still a huge accomplishment.

Don’t sleight it by looking at the goal post disappearing daily into the distance. Keep going and write as much as humanely possible. Novels don’t write themselves. People have life interludes, illness, children, work and a myriad others things that might strive to intervene time set aside to write.

I’ve seen people on my buddy list stop dead half way through and often that’s because they are so far off target it’s reacted to as failure. I’m unconvinced by that line of thinking.

If the story ceases to work, then you’ve explored an idea and found it lacking. Sure it’s frustrating, but better explored and found out than not trying. I will wager there isn’t a writer alive or deceased that’s taken every idea started to a full novel. I’d say it’s a positive outcome because you now know it had no legs.

Buddy systems are support systems not competitive ones. Don’t watch someone flying past the daily word counts and compare it to your own meagre amount. It’s counterproductive. Grow your buddy list and take heart from a range of counts. Chances are you’re not alone in the stat graphs. Write at your pace, with the time you have and get something down. Any words are better than no words.

Over analysis and time-wasting

Remember, this is a first draft. Don’t prevaricate and worry about structure or editing. There’s no time. It’s called a first draft for a reason in the same way editing is called editing for a reason. Proofing too for that matter. If something gets stuck or feels articulated poorly, blow past it and carry on. Fixing comes later.

Remember too, life for most of us can’t be shut down. Stuff happens, accept it and don’t dwell in frustration that it’s killing your expectations of cruising the 50K. Writing can be a natural source of self-doubt without adding value by getting shirty at interludes that collapse the word count.

For most, the end of NaNo wont draw a novels conclusion. Even at 50k there is likely to be a fair few chapters left to complete things.

Those not hitting that target should take heart in that too. They also have a few chapters left. Look out for the two NaNo Camps in April and July. These are less combative mentally because the writer sets their own target. This might be editing the manuscript, setting a word count to complete the one started in November or an entirely new project. Use these as completion challenges. They work well for me and help keep writing going. If I hit a lull then I use one or the other to kick-start my writing habit. Any serious writer needs to develop that. Dipping in and out doesn’t develop the discipline to advance their skill set. It also leads to procrastinating and finding reasons to not write. Been guilty of that one too myself.

Remember any words, any length, any word count is success.

AN OPEN INVITATION TO OUR NANOWRIMO FRIENDS

If you find NaNo tough and lacking support why not try a sample of your work in this months #BlogBattle? Anything up to 1000 words and any genre. Just keep it family friendly.

We now run this once a month for any writers that want to join in. It’s a good place to share short stories, poetry or samples of your writing. The only criteria is to use the prompt word (EDUCATE) somewhere. For NaNo participants we thought it might be nice to view some samples, spread the word and offer support.

Details below and a fuller post is scheduled for tomorrow. Any questions about it can  be addressed in the comments below.