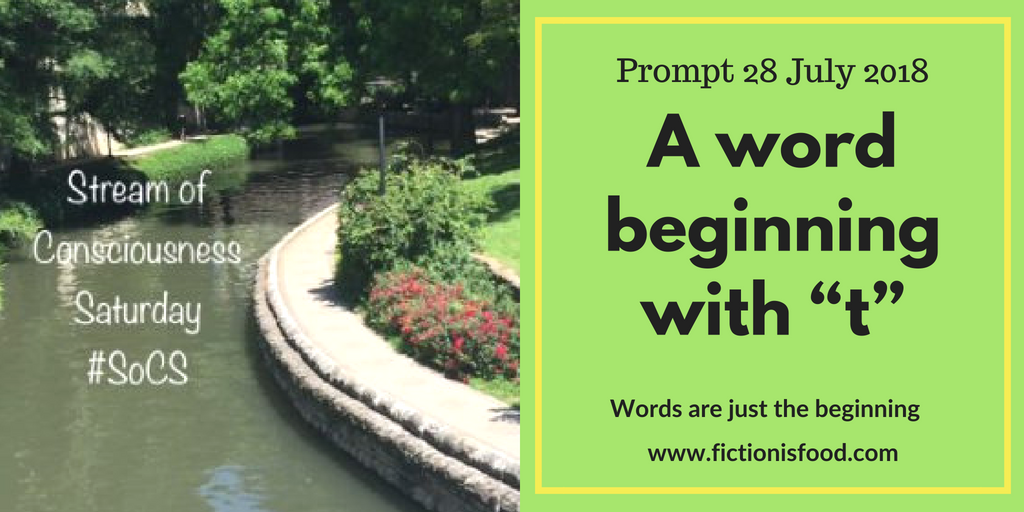 “Deja vu is an underrated tool of the subconscious. It is, if you like, a psychic alarum suggesting reality has fluxed.” On Chronomancy, Jeremiah Delalande.

This is a word prompt challenge presented each week via  Linda Hill’s Stream of conscious Saturday.

I will stick to the exact purpose of SoCS here. This, apart from using the WP spell checker, is rough. No planning, thought or preparation or editing. Words as they tumble out. Please take that into account before despairing critique.

Recently he was seeing the demise of the Keep and its Guilds being struck out like a candle burnt until nothing remained. Blinking out leaving darkness. Each of the last twelve had said the same.

Delalande stood behind him looking at the same text. “These all seem to focus on the elf and dwarf.”

“It began with the Cromlech,” a fingertip tapped one book in particular. “Centuries of history let them be.” He half-turned, “This one changed on the blood moon. The sorceress changed history by not fleeing.”

“Can you be certain that was not a fixed event. Changes are hard to detect. They become fixed and what happens after flows in a new direction that is also fixed.”

The Amanuensis rose, towering over the linguist. “I know Jeremiah. These books record everything. The Vault holds all books, all outcomes and it’s protection field prevents changes.” He moved toward a balcony that looked out from his tower.

His mind saw two images fluxing. The one he knew existed now and another that was desolate and cold. Barren discord. An empty prison where the Keep was dead and another version of him was lost in time. Trapped in this very room unable to remember or escape.

“In the Vault history is written as it happens. Fixed and immutable. If chronomancy creates a flaw then all books outside it change. Those with vault access are all connected and feel the paradox happening. I know the books and can track the outer library to locate the disruption.”

“It all sounds very complicated though. To change it back then someone has to go back and undo it. Does that not cause an even bigger ripple if these time warriors err?” Jeremiah refilled his cup from the urn.

The Amanuensis opened the door and passed outside. Delalande followed cradling his tea.

“Truly beautiful is it not?” The magician spoke without turning back to face his friend and colleague.

Delalande said nothing. He looked across the parapet at a sun slowly sinking behind a mountain whose tip glowed red. Below him the Keep stood as it always had. Out of phase with reality and resting just beyond reach of those not knowing it existed. He’d struggled once with the concept. Befriending the Amanuensis had taught him new concepts that physicists and alchemists buried in complexity.

“The time warriors, as you call them, are traced. Unpicking their foibles is easier than unknown entities. They are also higher trained in dark arts including chronomancy. They are, to use their Guild title, Monks of War.”

“Forgive me thaumaturge, but if that is the case how do we know there is not a rogue Monk amongst the fold?”

This time the Amanuensis turned round. His form silhouetted as the sun blinked out. “That would be highly disturbing and something that concerns…”

Jeremiah waited for him to continue.

“If it is a rogue Monk then we have a traitor in our midst. One that knows the Vault and can manipulate time. One that is using our own facility to create what is now appearing in the texts.” He opened a parchment Jeremiah had not seen before.

Delalande’s eyes grew wide. “Is that the future Amanuensis?”

The linguist mulled the emphasis. It is now, implying it wasn’t yesterday. “And the elf sorceress is at the genesis of this change?”

“Not the one we know here and now, a much younger version.”

“Surely that would alter our own continuum. Would she not change and all our memories alter accordingly.”

“Now you are getting the gravity of this situation Jeremiah. But for the Vault nobody would ever know history had changed. People would cease to exist, others come into being. Realms and kingdoms halt or evolve, wars grow or diminish. The permutations of slight modification are incalculable.”

“Indeed. By tomorrow it is not unfeasible that all those knowing change has occurred no longer exist.”

“And this is all because the elf goes into a cromlech instead of fleeing?”

“That is the source. Yish has been manipulated. The Cromlechs pre-date known lore. There are myths and these have been guarded. Our own research suggests a complex prison or series of prisons.”

“Holding what exactly?” Jeremiah was aware his hand trembled more than it had moments ago.

“That is something perhaps Yish will now know.”

Delalande sat back, an incredulous sigh escaping as he did so. “How the hell can we fix this?”

The Amanuensis returned to his seat. “In essence it is simple. Deploy Monks from within the Vault. We have the date and location already.”

“Clearly it is not quite that simple.” Jeremiah picked up the urn as a sense of deja vu caused him to pause momentarily.

This is closer to the actual start of this WIP. Elements of the Amanuensis are addressing some of the questions created by the A to Z. There he was in the ice prison. Here he is seeing it start.

Obviously this is not anywhere close to a finished excerpt.