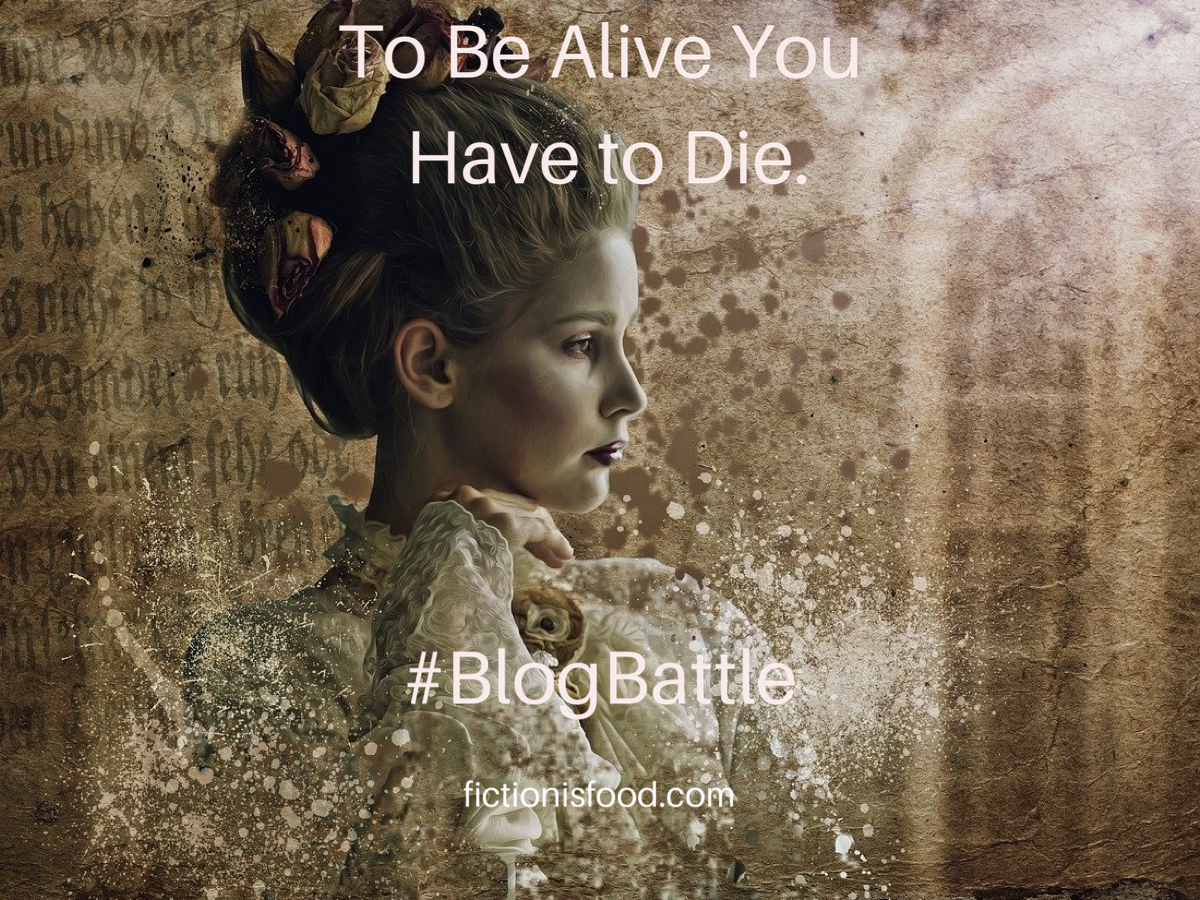 “A starving child is a frightful sight. A starving vampire, even worse.”

This is my first attempt at something away from the WIP in many long months. Even so it refused to step away from a core location existing in several manuscripts. I normally avoid the sanguisuge, but recently I’ve rediscovered a yen to have a bash. Possibly inspired by a discussion with a good writing friend Joshua Insole who hinted he might like me to have a go at something darker.

I was aiming at Gothic, whether it’s quite reached that I’m not sure. I leave that to any who might read this to decide.

To Be Alive You Have to Die

Extract from the journal of Father Paul Beechworth, Friday 12 November 1897.

The town is dying. A contagion lurks that is unconventional and beyond any rational intellectual mind. There were three more disappearances last night. A boy of seven, and his parents. That makes thirteen this week alone. All after the sun falls and darkness grows. An ungodly odour permeates everything. Mist blocks everything above, stars and moon sacrificed under a blanket of filth. Last night all my crosses bled.

It tests my faith now. The town has lost theirs, and mine may waiver. It must be so, I am already questioning it. God made the world so everything must bow in His name. Even the demon that now tarnishes this place. But, can it be vanquished if belief in the signs of God are vanquished? Is this what it tries to do?

“They say just over two percent of people interred are buried alive after being presumed dead.” Jacob touched a bell hanging over a token cross mounted above a tombstone bearing the name Eleanor Carter. “The figure accounts for disinterments where there are signs of coffin damage created within by a poor soul waking and trying to claw their way out.”

Maggie stood to one side clutching a silver cross that hung on a chain around her neck. “Totally macabre dear brother, and not something to dwell upon at this ungodly hour.”

Jacob continued, “Of course that doesn’t account for those who asphyxiate before waking up.” He looked up at the silhouette of his sister backed by a blood moon. An omen, he thought. He flicked the bell and it’s jingle echoed around the graveyard. “The string goes to a finger in the coffin. Any movement and that happens.”

“There is always a dead ringer on watch Maggie.”

“Except you just rang that and nobody is coming.”

“No, I offered coin to the watchman to let us in.” He pictured the man in question, dead where he’d found him. The rasping breath drawn through a torn throat until all went silent. This his sister need not know about.

Maggie shuddered. Nights were never this quiet. Owls, insects or wind rustling leaves. Here the atmosphere was thick with, what she could only describe later as tension or fear. Nothing moved lest it’s presence were revealed and whatever lurked unseen turned upon the sounds creator. Perhaps a false hiding place as what they pursued needed neither noise or light to hunt.

“Why this grave Jacob?”

“Because it is empty as you well know. Miss Carter does not rest here at night.”

“Then why are we not here during the day?” Her question barely audible. She already knew the answer.

Jacob merely took her hand and squeezed it. “Have faith dear sister. If we can prevent her return then she cannot rest by day.”

“And if there are other graves?”

“Then we will find every last one and sanctify them all.”

“Even so, the night is hers to toy with.”

“True faith knows no boundaries. She can be repelled.”

Maggie chose not to answer. Her own had dipped as the sun waned. It was why she clutched the cross. Hoping it would return. She watched as Jacob began to dig.

Minutes passed slowly, each sod of earth piled opposite the makeshift headstone. With each deposit Maggie felt the air grow putrid. Jacobs breath was steaming. Could if be exertion or that the air had drawn colder? It felt like the latter. Closing in and with it drawing the scent of decay to a nauseating level. She shivered and felt her heart pounding. If she could hear it then who, or what, else?

“It’s Maggie isn’t it?” The voice was that of a child.

She looked round, fearful that the missing might also be afflicted. A mist now stole her vision of the yard. The cross bit into her palm, scoring it, drawing blood unnoticed in her growing panic.

The voice again pitched in her mind, an adult this time, “Unwise to bleed here child.”

She spun toward Jacob and her voice became a scream as bells began to ring throughout the darkness.

Jacob, meanwhile, had reached the coffin. Not deep, due the dead ringers needing rapid access if a bell did chime when someone not quite deceased found life again. He paused before prising the lid open. To one side a makeshift bucket of tools Father Beechworth had blessed. A cross and holy water for the casket and a thorn sapling to be planted in the backfill.

As it opened his eyes registered shock. Eleanor Carter smiled up at him, her eyes alive with fire, her mouth ajar revealing teeth unnaturally white. Four were honed to points. His heart drew on God, but his mind was already overrun. He had been warned against beguilement. He had failed. She was beauty personified, the grave disappeared and he saw her beckoning from a bed chamber, arms reaching out drawing him in. Her mouth waiting to greet his. How could he refuse? Even as teeth bit into his neck he felt peace. She was in his mind now too.

“You have to die to live Jacob. A long life eternal. Can your God offer that?”

He heard a scream from elsewhere. Maggie, he thought. To Eleanor he opened his mind. “You should not be here witch.”

“My world opens many doors Jacob. Beechworth’s faith failed three nights ago. His mind speaks to mine now. You were betrayed by a man of your God.”

He felt conscious thought ebbing away. The battle lost. “Run Maggie,” was the last utterance Jacob ever issued.

Much later Maggie returned to her own journal. She had run, not just from Houghton Fengrave, but also from England. The body of her brother was never found, the grave he died at empty and void. Missing bodies began to turn up, mutilated and bloodless husks deemed the work of a madman. Father Beechworth committed the ultimate sin and hung himself.

Maggie read the stories. Her chronicle of events hidden under a floorboard lest someone thumbed the pages and declared her insane. At night she went to nightmares clutching the silver cross. They were hunting her now. She knew this to be fact.