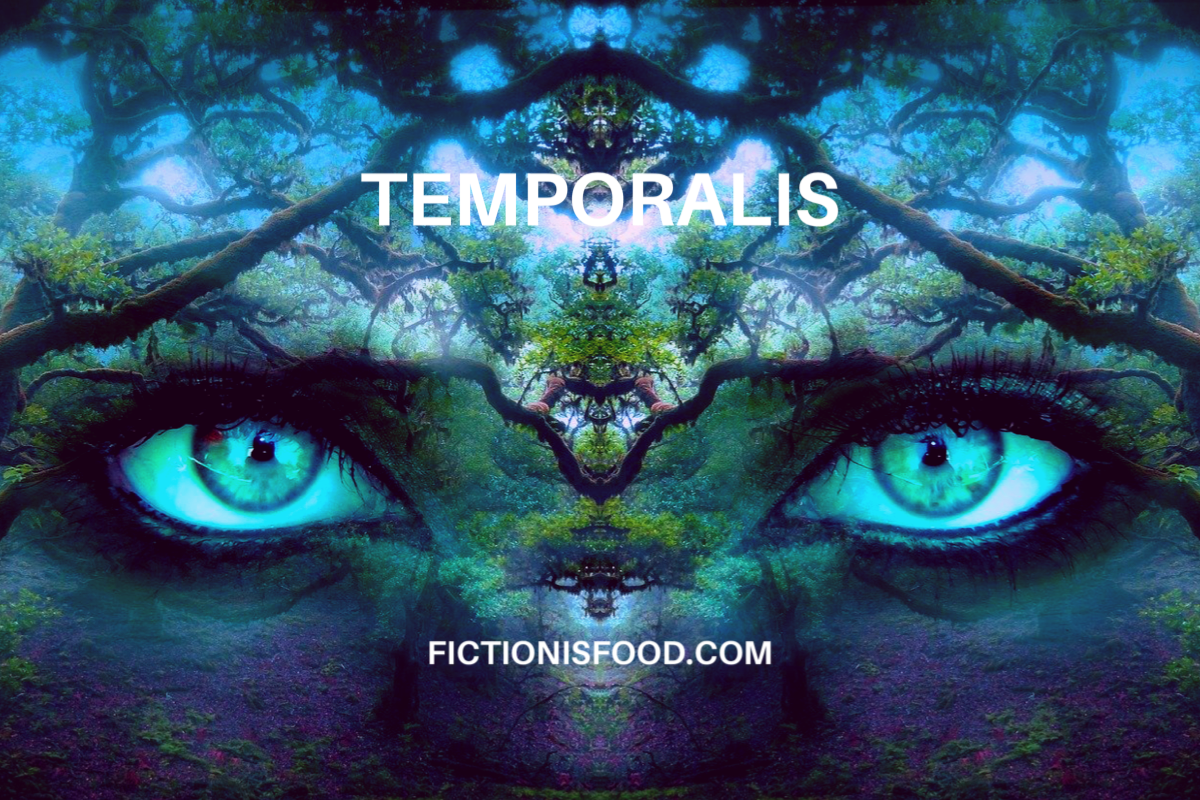 “Thaumaturgical archaeologists beware, there is a reason the Elder Mages are no more.” Jeremiah Delalande, lecture on the Philosophy of Magi.

Beneath the Keep, home to the Amanuensis among others, lies a Vault recording history as it arrives and moves on. Three senior figures have access, of which the Amanuensis is one. By comparing these fixed records with books outside its thaumaturgical fields it is possible to determine if history is changed. Several Guilds exist to deploy corrective measures if such temporal changes occur. Since chronomancy was banned several centuries earlier much of the knowledge has become here say and myth. Even the three book keepers have never encountered a time where time itself was failing.

Books ever-changing. His mind stood awhile contemplating that, and a line from Delalande’s treatise entitled “On Chronomancy.” Deja vu is, if you like, a psychic alarum suggesting reality has fluxed.

That was disconcerting him now.

“Jeremiah, have we not had this conversation before?”

“Not to my knowledge, although pondering matters of many sorts often goes with tea, so it is not entirely possible some do recycle on occasions.”

The Amanuensis stared into his cup. A delicate affair of some antiquity, the exact age he could not recall, nor exactly when it became the prime vessel without which the brew suffered. “Your book suggests deja vu is not to be ignored idly yes?”

“I have distinct recollection of this conversation repeating.” He considered this before adding, “Not this part, the initial discourse pre-empting the deja vu.”

“I rather think you don’t. Things are in flux. The Vault alarms have detected thaumic dissonance. The true chronological record has become corrupted.”

“Meaning?” Delalande peered over his tea. He was used to riddles and theatre from students, not from one of the three that had access to the Vaults time library. Deja vu was infective. It was his turn to have a sense of paramnesia. “The dwarf and elf. Is that the familiar haunting your cognisance?”

“You are catching on Jeremiah. Our previous conversation may well have occurred in a different phase of reality. One you now seem to have recollected.”

“But, as before, this means history has been changed and the future hewn from its true direction.” This part always fatigued his mind. “I feel I’ve asked this many times too, but if chronology has altered why is it our mental resources have not adjusted to memories within the new time stream meaning past recollections from the former have been erased?” He drained his cup.

“Perhaps they have. This conversation flowed differently last time. I mention this purely out of deep uneasiness. This deja vu is not based upon a recent realisation of something happening previously. This is happening concurrently right now in a different time continuum. Ours has just deviated from that reality.” The Amanuensis felt it pertinent to move onto the balcony. It was something his counterpart in the other wherever was doing about now.

The linguist followed. “I assume these conjoined conversations in different realities are quite normal to you Sorcerer?”

“I fear they will be.” He placed his hands on the balustrade and sighed. Two vistas blended back and forth. One he cared not for. That was ice and decay. Inevitable given the sequence of events leading to this nexus had not been unpacked. “Do you see the land of ice here?” He waved his hand showing the view he was referring to.

Delalande looked, squinted and looked some more. “No, I see merely what has always been during my lifetime. A green landscape beginning to show signs of summers end. It appears my limits of foresight are a memory flickering between two versions of this present. If not for you this might easily be an artefact of longevity of years and entirely inconsequential.”

The Amanuensis sighed deeply, turned and sat back into his favourite armchair. It provided a good view of his desk where two candles burned when the light of day faded and parchments needed researching. During colder times it also benefitted from an old fireplace. “The dwarf and elf are beyond the Cromlech now. That point of reference has become fixed. I feel they are inadvertently dislodging Elder magic during their research for the Guild.”

Delalande chuckled to himself, “Yes, the thaumaturgical archaeologists.” He felt the irony of ignored lectures. Leave Elder Mage artefacts alone. Their civilisation was advanced and we, by comparison, have just moved from reinventing the wheel. To dabble in unknown prestidigitation was at best unwise and bordering foolishness.

The head of that Guild dismissed such with arrogance and a degree of addiction. By no coincidence old texts on Elder artefacts already revealed disturbing side effects on those insistent on ignoring warnings. The way of the researcher come knowledge enthusiast. A thirst that blinded all to potential dangers. Something that had collapsed more than one civilisation he’d wager.

“Do you ever feel like someone’s watching your every move?”

The elf sorceress smiled to herself, “Like a guardian angel perhaps?”

The dwarf rolled his eyes, “Aye, that would be your familiar would it not?”

If she had been human Yish would have blushed. “That obvious Naz?”

Laughing he replied, “Far be it from me to mock such. The bond is enviable.” He let the mirth die, “But seriously, there have been several times it’s felt like eyes watch every move. Ever since the Cromlech. I can’t decide if it’s ghosts within the ancient places we visit or someone walking on our graves.”

“There will be many millennia for the living to do that when our times are over Naz.” She stooped to add kindling to a fire needing attention. “Somethings wrong though. Ever since the split by the Elder portal. You delivered to the Keep in ice and ruin, me to the scene of our routed battle where the dragon keeps vigil over the bones of its race.”

Naz nodded, “That seems long ago now. Ever find out what became of the girl?”

Yish shook her head. “Time is distorted. That was over a century ago. And yet, it’s displaced in my chronology. I drift between catching up with Ras and him evading us to die at the wyverns maw. It makes no sense. His book was written long after so we must have intervened.”

The dwarf poked the fire with little enthusiasm. “I have similar disoriented memories. The Keep I did visit, heard the Amanuensis from a distant place. All we knew was destroyed.” He paused as his mind wandered, “He asked of you. I think I told you. In one version of memory I did, in another not.”