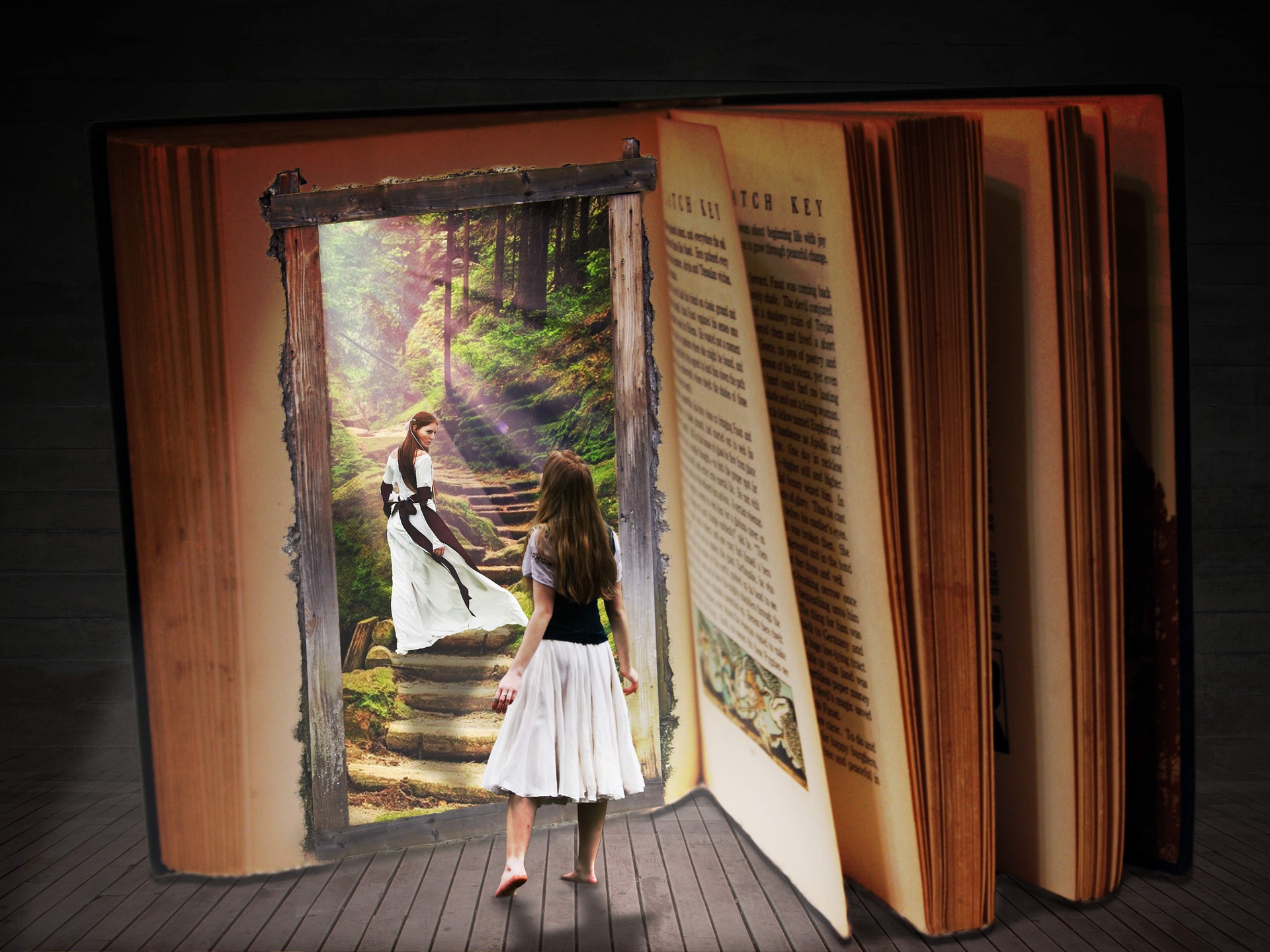 Many of my readers often ask how I start writing, where do the ideas come from and what kick starts a project that might go further than one book? One of my concepts is something many might overlook.

Stephen King is a brilliant example of using poetry as a source of inspiration for probably his biggest series. Browns “Childe Roland to the Dark Tower Came,” published in 1855, was the inspiration that created the Gunslinger and Mid-world where the Dark Tower holding the universe together is under threat by forces of The Crimson King.

The opening line that led to the Dark Tower series of books begins with a simple sentence that sets this wheel of the story in motion.

The man in black fled across the desert, and the gunslinger followed.

Roland Deschain’s epic quest to find and protect the Tower spans eight books, one novella and graphic comic books that are still being published containing back story.

It is the opus magna that draws in many other stories reaching from Salem’s Lot to The Stand. Characters such as Marten Broadcloak, Walter O’Dim, Randall Flagg and the Man in Black (there are more names) are all the same antagonist. Walter being the key inside the Tower series, although it was in the guise of Marten that Roland first meets him.

I could talk long and long about this series, debate the merits of the attempted movie from both sides (positive and negative) and drop into the world of Ka, ye ken it?

However, this is about inspirations. Browns poem is exactly that for Roland’s quest. We have references to his early  friends that knew him as a child before gunslinger training. One of his close friends was Cuthbert. That was before Marten seduced his mother and forced him to take the trial with Cort. The youngest ever to beat him and fledge as a true gunslinger.

The horn blown in the final stanza is turned into The Horn Of Eld. The piece missing in each rotation  of the wheel until this last one. He emerges from the Tower with the horn in his gunna. Notable in the film as Idris Elba has it slung on his backpack. The turn King starts with in the books Roland does not have it. As he exits the Tower he does. Is it important?

Not hear? When noise was everywhere! it tolled
Increasing like a bell. Names in my ears
Of all the lost adventurers, my peers –
How such a one was strong, and such was bold,
And such was fortunate, yet each of old
Lost, lost! one moment knelled the woe of years.

There they stood, ranged along the hillsides, met
To view the last of me, a living frame
For one more picture! In a sheet of flame
I saw them and I knew them all. And yet
Dauntless the slug-horn to my lips I set,
And blew. ’Childe Roland to the Dark Tower came.

I think so. Brown declared it in the final stanza above.

I also feel we meet Walter O’Dim in the opening two verses.

My first thought was, he lied in every word,
That hoary cripple, with malicious eye
Askance to watch the workings of his lie
On mine, and mouth scarce able to afford
Suppression of the glee, that pursed and scored
Its edge, at one more victim gained thereby.

What else should he be set for, with his staff?
What, save to waylay with his lies, ensnare
All travellers who might find him posted there,
And ask the road? I guessed what skull-like laugh
Would break, what crutch ’gin write my epitaph
For pastime in the dusty thoroughfare.

Heck, I was totally unaware of Browns poem before reading The Dark Tower.

Mind you, it was also Iron Maiden that put me onto Coleridge’s Rime of the Ancient Mariner too.

Back to inspiration. My quasi opus magna is pretty much under wraps. It does have inspiration though. Not Brown, but Edgar Allen Poe. And no, it’s not The Raven…not yet….

A Dream” first appeared without a title in Tamerlane and Other Poems in 1827, the title became attached on publication in Al Aaraaf, Tamerlane, and Minor Poems in 1829.

Google often misses it and returns another Poe poem called “A Dream Within A Dream,” published in 1849.

What struck me is the narrators concept in the second line and waking up to find dreams smeared into reality. A confusion, if you like, that merges the two together throwing out the questions, “What is reality?” and “What is a dream?”

It’s perhaps one of several poems by Poe that engage the darker haunting mindset. Dreams feature and so does separation lead to broken hearts. Dreaming also changes the reality by which we accept day-to-day existence.

It gave me an idea to blend this into a story that has two protagonists with different conditions. One suffering post traumatic stress after the death of her twin sister. She suffers vivid nightmare. The other is someone she meets during therapy that suffers blackouts with no known cause that only manifest during the day.

Both are visiting other worlds and realities that medical science believes to be subconscious delusions. They are in fact entirely real and open up the door to a series of explorations I did on my manuscripts during this years A to Z.

A to Z links can be found here

These are in reverse order, most recent at the top

In that I have seen new angles on my work along with a new creation and world that wants to spread its wings into something I have bern considering for quite some time.

In visions of the dark night
I have dreamed of joy departed-
But a waking dream of life and light
Hath left me broken-hearted.

Ah! what is not a dream by day
To him whose eyes are cast
On things around him with a ray
Turned back upon the past?

That holy dream- that holy dream,
While all the world were chiding,
Hath cheered me as a lovely beam
A lonely spirit guiding.

What though that light, thro’ storm and night,
So trembled from afar-
What could there be more purely bright
In Truth’s day-star?

Two examples of using poems from past masters as inspirational sources for writers. Granted one is proper famous, and one isn’t… I’ll let you work out which is which!

I’ve tried to use Kings model on the Brown elf poem against my own concept construction. Inspiration can come from many places if you have eyes to look and an imagination to un-pick them to your own ends.

To me exploring structure in this way is fascinating. You don’t have to play by conventional rules and stanza analysis. In fact you don’t actually have to be a literature expert to appreciate them and twist the content into something new that can become an epic down the line.

A Dream is not an epic poem by a long shot. For me it’s one of several that began sparking an idea. I could probably write several posts on how I go about creating things.

I’d be fascinated to hear where other writers draw inspiration from too, so feel free to comment and discuss them.