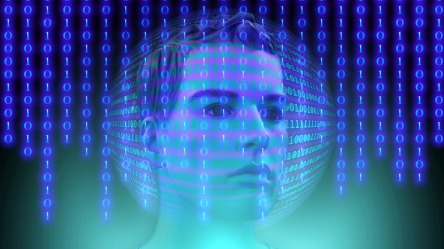 Smithy was duplicitous. On the one hand he worked in a state of the art research facility combating rare viral diseases. In the other he was where he was now. Stuffed up; the equivalent of Frankenstein’s monster. The real deal Jekyll or Hyde, take your pick while the world sits on baited breath waiting for the float to sink; buy your front row ticket now while you still can. Shops will be closing and not reopening any time soon.

The lab was a high security, need to know and dealing with virulent flu strains that seemed intent on defeating anything his team threw at them. One in particular was almost showing signs of sentience and mutating before the vaccine even went live. Like it knew, read his mind, the coding sequence necessary to turn things round and undo months of work. Smithy dwelt long on this one. He called it the God Flu. Self adapting sub-strain of a SARS like flu bug, except it dealt in death, not just sometimes, every damn time.

They’d picked it up a month previous after a strain appeared on a plaque that wasn’t supposed to be there. Within days it had wiped out the surrounding competition and sat staring back through the isolation booth. A red agar eye studying them studying it. That was when things should have been incinerated. Science is curious, so the moment passed and things got worse.

Time and again he shook his head on this one, pushing up his spectacles and rubbing tired eyes that hid a mind full of anxiety. If it ever got out the damn thing was indiscriminate. That it would infect humans he was in no doubt and the result of that….he refused to think about. Sanity was fragile and too much ruminating over morals of his employ would lead to a breakdown.

Up until last Tuesday, and apart from the new virus, all was well in his world. That was when he began reading King’s The Stand; when conscience began to eat into what remained of a mind that…maybe Oppenheimer felt the same when the nuclear bomb went off.

I am become death, the destroyer of worlds.

But for a roll of the dice civilisation could already be a dead wasteland and what he was doing now would never have mattered.

He could feel self justification eroding away as he read deeper. A mistake and poof….society goes to hell, everyone panics and almost everyone dies. Either which way the end of days and for those that survived a new Dark Age. Hell, there were already loads of TV series and films showcasing it. Books like the one he was reading. How many warnings did folk like him need for Christ’s sake. That was about the time the voice appeared. A deep resonance grating at the back of his mind.

What’s it feel like to grow the God Flu?

Smithy looked up from the book and frowned before shaking his head and stared out of the windscreen at a carpark basking in full sun. A lunch time break from the rat race and the unnamed contagion. God Flu.

The voice spoke up, again.

Well, you ready to do this Smithy?

This time he felt the spittle evaporate in his mouth and hairs rising on his neck. He listened fearing his under conscious was tripping on the moral debate that haunted his nightmares. Job versus animal testing; playing with viruses that could cause mayhem if containment failed or someone did something real stupid.

Secure is it? Deep in your bunker of death.

He thought of Oppenheimer. Atoms and viruses, both very small and yet capable of so much.

“Clearly.” Conviction was lacking. Wasn’t talking to yourself a sign of madness?

You do know you’re outside the building right?

The book was open at chapter 23, the magician, man in black, all hail the Crimson King. Coincidence maybe, but that was fiction.

What if you’ve got forty eight hours left with life as you know it?

Anxiety was threading it’s way through his veins.

“Not possible,” he said to the empty car, “it’s isolated and the lab would lock down.”

It’s God Flu Smithy. You don’t even know how it got there.

He took a moment out looking at the greying hairs reflecting back from the vanity mirror. Dark rings under slung his eyes while fingers drummed on the steering wheel. The book now rested on the passenger seat. Who was the runner in there again? Campion. That was it, worked in military germ warfare lab where things went wrong. The similarities struck him as perverse. Safe while it’s safe but when it’s not safe, people are people; they run and what runs with them….I am become death. Oppenheimer in action.

He shook his head. Who the hell was he talking to anyway? His own conscience drip feeding the worst case scenario. There were safeguards for that though, hermetic seals, positive air pressure, micro-filtration systems and suited and booted with respirators. Any breach and everything closed automatically. If you were in you were in, simple; infected or not infected you weren’t going anywhere until the all clear was cleared. He needed air. A quick stroll down the sea front ought to do the trick. Waves were calming. The soft wash as they broke, the sound of gulls and smell of sea spray.

A long haired youth rested on his elbows over the hood of a beat up ford escort. He was eyeing the breakers and sighing.

Smithy paused, “You talking to me?”

“Anyone who’s listening dude, no rides here.” He looked glum as a hand touched the underside of the board resting on a roof rack.

Shall we send him to where the breakers never stop?

Smithy ignored the inner voice. Breakers were in one of Kings books too. The nuance was fitting. Breakers for a breaking world, the destroyer of worlds. He shook his head trying to dislodge the distraction.

“Ever tried Australia?” he said. Although why he said it was something he dwelt on later.

The youth stood up, hair blowing in the wind as a smile crossed his face.

“Idea, I could be in Melbourne tomorrow and riding waves by nightfall.”

Smithy noticed a vacancy drift across his face between him standing up and speaking. Must be on something he thought.

“You serious?” he asked.

“Why not?” replied the youth, “life’s short and the world could end next week.”

“What makes you say that?”

“God Flu man; if it hits then everyone dies and I’m going out on a wave.”

Smithy just stared as the surfer cast him a nod as he turned, climbed into his car and headed off down the sea front. Mental calculations trickled through his mind. Forty eight hours, two airports and a million other encounters in London alone. He felt hot. How did he know about God Flu and was that sheer coincidence? The odds were staggering.

Not really Smithy. Not from where I sit.

He stared out across the ocean fearing his mind was breaking like the waves pounding the shoreline. “You’re not real and I’ve got to get back to work.”

As real as the plaque that watched you staring in disbelief.

He turned and found himself walking to the bus station but not knowing why.

“Do you blame me? It shouldn’t be possible. New strains like that can’t just appear spontaneously.” He lacked conviction because it had. Just like that, the red eye looking at him looking at it.

It takes less than a minute to upload.

“Upload?” He entered the terminal. Twenty or so passengers milled about either waiting for a bus to somewhere, pondering timetables or buying tickets. A few pensioners smiled at him as he walked past. Smithy joined a queue not knowing why. A child, holding her mother’s hand looked up at him wide eyed and scared.

Twenty metre radius Smithy. How many you walked past already? How many’s the hippy found and how many have the found, themselves, found?

The queue dismantled and he found himself at the kiosk staring vacantly at the woman behind the counter.

Smithy didn’t know. He didn’t even know why he was here in the first place and not back in the lab staring at the circle of red. A red that was imprinted in his mind waiting for the dots to job up.

Frowning he blinked and heard himself say “Sorry, not today, I’ve changed my mind.”

With that he watched the bus station drift away as he walked back into the sunshine. Distant like, as if he was in a cinema watching a film and detached from the actual scene. Pushed to the back, no longer in the moment. His own thoughts felt fuzzy.

His mind spoke up.

Are you saying it can infect people merely by being near them without any physical contact or aerosols. No carrier vectors at all?

This time the answer came from his own mouth.

“You catch on Smithy, smarter than the average bear.” There was an underlying sarcasm bleeding from the words.

His own throat felt dry and hot like something had clutched his vocal chords and begun to squeeze.

“Impossible,” the God Flu spoke back, “yes from your biological viewpoint.”

“You still don’t know where I came from do you?”

Don’t tell me…outer space. He could still feel pain and the headache rearing up was becoming a (red) giant.

“Guess you just answered the big question all by yourself.”

Which is? Smithy felt sick, his vision distorted and the outside world was far, far away.

The sledgehammer hit home and the headache disappeared. He was left in a dark, silent place. Interred in his own mind unable to reach out. Viruses wrest control of cells and use them to replicate. That was in the basic text books on virology. God Flu took over the body, taking it places with the sole purpose of infecting others, uploading like some computer virus. One purpose, one motive. On and on until there was nothing left to infect.

“We need a new home Smithy, and this house is occupied. Call it an eviction notice and it’s just been served.”

This his post was written for a bit of fun after a chat with Rachael Ritchey of blog battle infamy. The idea was to use the last five battle prompts in one post;

I added the next one, surfer, just for the hell of it.

Inspiration came from several places, one is mentioned in the text. No prizes for guessing what that is. Three bloggers twisted things. One is linked above and the others two are Sci-Fi officianados, not my writing genre per se, but a twist was needed. Ergo thanks go to

I have ideas to expand this in both directions so may carry the Surfer into the blog battle proper as a sequel, if you like. Or I may leave it as it is…just a bit of fun. Feel free to suggest otherwise 🙃

This site uses Akismet to reduce spam. Learn how your comment data is processed.